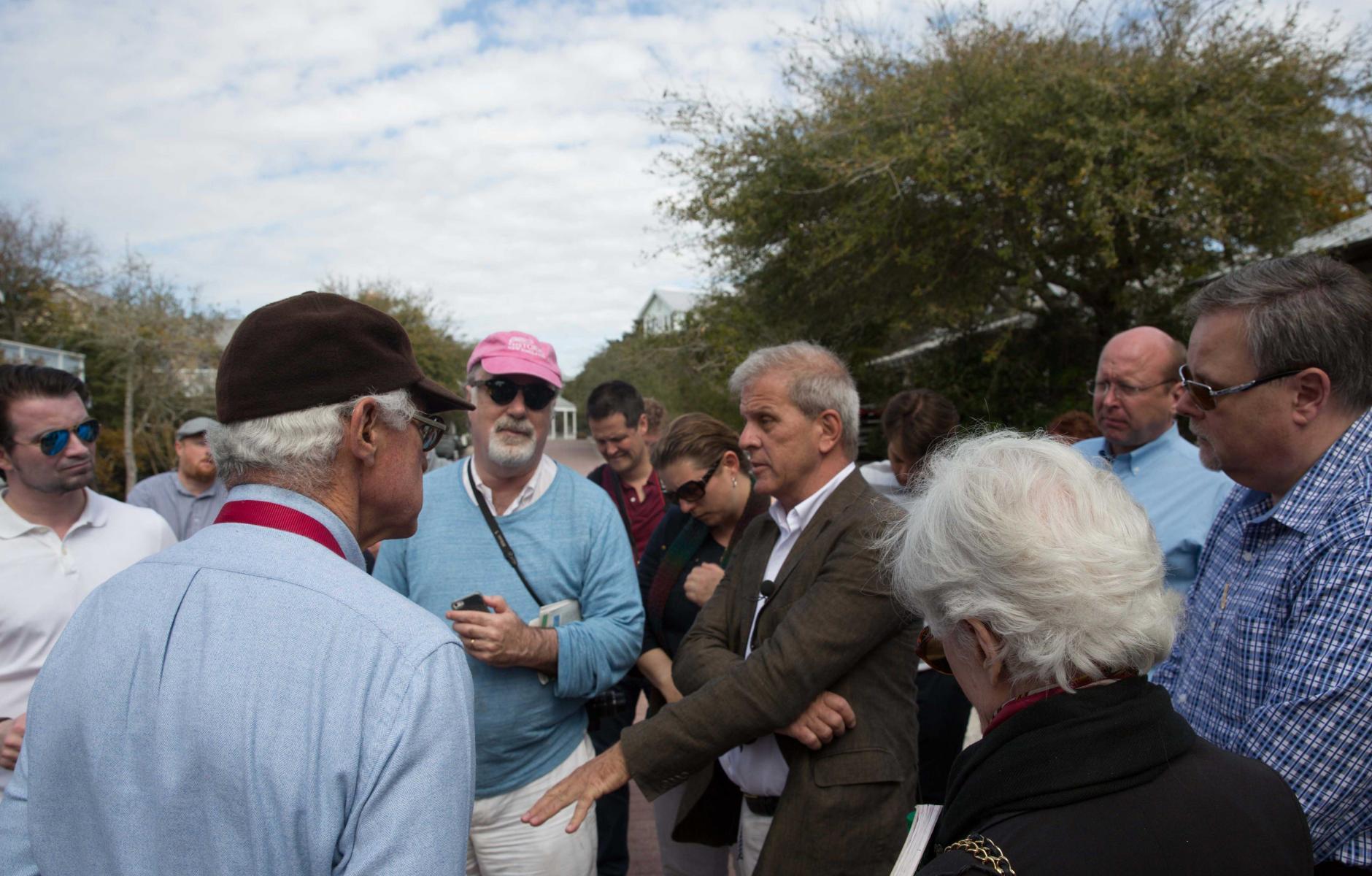 Douglas Duany gives a recent tour of Seaside with native plants in the background. Photo by Robert Orr.
Development

The father of Seaside’s landscape is honored

Douglas Duany, whose ideas transformed Seaside from the beginning, was the winner of this year’s Seaside Prize.
ROBERT ORR   &nbspAPR. 4, 2016

Three seminal events recently coincided in Seaside, Florida: The annual Seaside Prize (this year given to Douglas Duany), the annual meeting of the Florida chapter of CNU, and the 35th anniversary of the firm that planned Seaside, Duany Plater-Zyberk (DPZ). Seaside itself is the project that launched DPZ 35 years ago.

The occasion was marked by a reunion of the original “Night Crew,” who executed the preliminary plans for Seaside at night after day jobs, and who remain active in architecture and New Urbanism—plus the Town Architects, the string of architects, landscape architects, the landscapers, builders, and Seaside staff, former Seaside Prize winners, the Seaside Institute Board and executive director Diane Dorney, and many homeowners. Together they constituted a parade of fame, fortune, craftsmen, apologists, and misfits so integral to forming Seaside’s unique character.

Perfectly evolved to the local ecosystem, hearty indigenous plants grow like weeds, which they largely resemble. Sooner than imagined, indigenous plants canopied over streets and buildings, turning the urban vision for Seaside into a forested landscape more akin to the Apalachicola National Forest than to man-made urbanism.

The weekend’s highlight was the Laureate Lecture, where Douglas spoke at length on, “Design of Organic Urbanism: Eight Steps and Three Concepts”—principles to bring rational and repetitive order to chaos. Douglas convincingly revealed distinct armatures, forms, and organizations endemic to all organic plans, from hamlet, to village, to town, to entire cities.

Much debate followed the lecture. Consensus took no issue with three “concepts,” but the eight “steps” were less obvious. Some thought two steps, others three, but no one could cite eight steps. Douglas himself demurred that the other steps were unimportant.

In the early days of Seaside, Douglas advocated the practice now known as xeriscaping, which was innovative at that time and caused the re-siting of some houses in Seaside to preserve areas with significant groupings of shrubs and trees.

After a decade of designing private and public spaces including Seaside, Douglas received his master’s degree in landscape architecture from Harvard Graduate School of Design in 1990. Since then, he has worked on many pivotal architectural and urban projects all over the world.

He has taught as a visiting professor of architecture at the University of Miami and the University of Florida and is presently a professor at Notre Dame. Always involved in theoretical issues in the internal platforms provided by the Congress for the New Urbanism, Douglas received the first Chair of Urban Ecology given by the Princes’ Foundation for the Built Environment in London.

Douglas’s work has taken him outside of the country and into some less than comfortable situations over the years. Peter Swift, principal of Swift & Associates, a town planning, civil and traffic engineering firm, recalls a period when he was working in Kurdistan, Iraq, where Douglas joined him in 2007 for almost a year. “I was the director of town planning and Douglas was chief of design,” said Swift.

When they left the country, the two planners had built housing for 8,000 homeless and war widows and developed a mixed-use plan for the development in Erbil where they lived during that time.

In 2008, the Prince’s Foundation needed someone to go to a historic part of Kabul to rebuild houses, train the community in traditional building and crafts and create a local economy and culture.

“[Douglas] was the only one from my team who would go,” said Hank Dittmar who was director of the Prince’s Foundation at the time. “He went, put together a local team and produced a master plan document for the Turquoise Mountain Foundation. According to Dittmar, Douglas returned several times and was successful in protecting the neighborhood from a Mayor who wanted to build new highways and widen existing roads, which would have destroyed much of the neighborhood.

Former Seaside Prize winner Dhiru Thadani said that Douglas made many significant contributions over the years. First, in Seaside: “His awareness, promotion and suggestion to maintain native species as the primary vegetation at Seaside helped affirm the ‘genius loci’ of the place,” stated Thadani in an email. “Additionally,” he wrote, “his suggestion to transform the mapping of ecological characteristics to the natural/built environment is the underlying basis for rural-urban transect.” The rural-to-urban Transect is the basis upon which the SmartCode, a model planning and zoning document that addresses all scales of planning, was written. 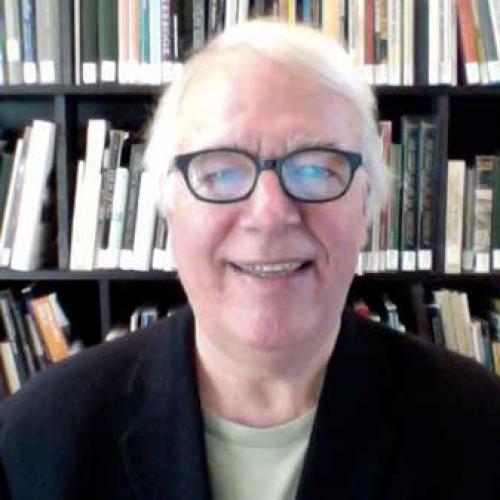