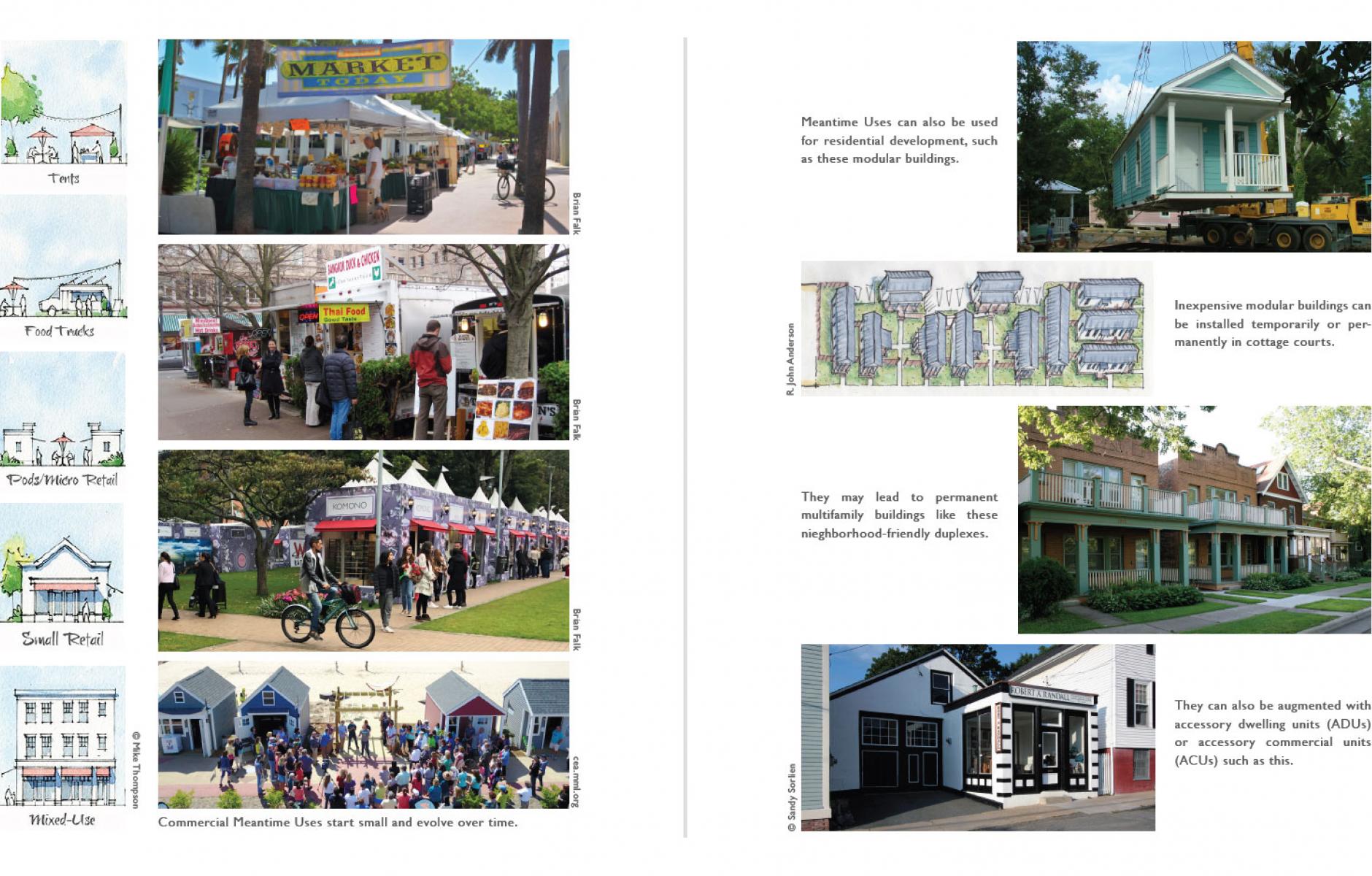 The benefits to good urbanism of finer grain building and development are well known, according to Brian Falk of the Project for Lean Urbanism. Now there are a suite of tools to help make that happen, including Pink Zones and “house hacking.”

Falk and architect Kevin Klinkenberg joined CNU’s On the Park Bench to discuss commercial and residential tools to make that happen.

On the commercial side, Falk notes that the vast majority of businesses are small, with fewer than 20 employees. If those firms are also locally owned, the economic advantages to cities and towns are tremendous. For local firms, 50-70 percent of revenues go back into the local community, Falk says. That figure is only 14 percent for national chain stores.

Lean Urbanism recognizes the obstacles faced by small, locally owned firms. When a city puts the same requirements on all projects, regardless of scale, larger projects are privileged, and those with fewer resources are excluded, Falk says.

A city can test out ways to level the playing field through a “pink zone,” he says. That’s an area where bureaucratic red tape is lessened, a creates a “framework for implementing tools and strategies for small-scale economic development and urbanism.” After the city learns what works through a pink zone, it can implement other pink zones or just adopt the viable policies citywide.

Klinkenberg, co-author of the House Hacking Catalog, notes that the term is becoming very popular in recent years, and the subject of a number of publications. Historically, however, many people used the tools of house hacking to gain wealth. Only in the middle of the 20th Century, with the advent of zoning and production building, did it become less common. There are a wide variety of types. “The general notion is that you use your investment in getting a mortgage as a way to create other income for yourself,” he explains.

This could involve building an accessory dwelling unit on the back of your house, buying a duplex or triplex, or any other way of getting rental income out of the primary house. “ouse hacking has a lot of personal wealth-building benefits, especially if you are able to do it several times over the course of a life,” Klinkenberg says. He describes three personal cases studies, with numbers to back them up, of house hacking.