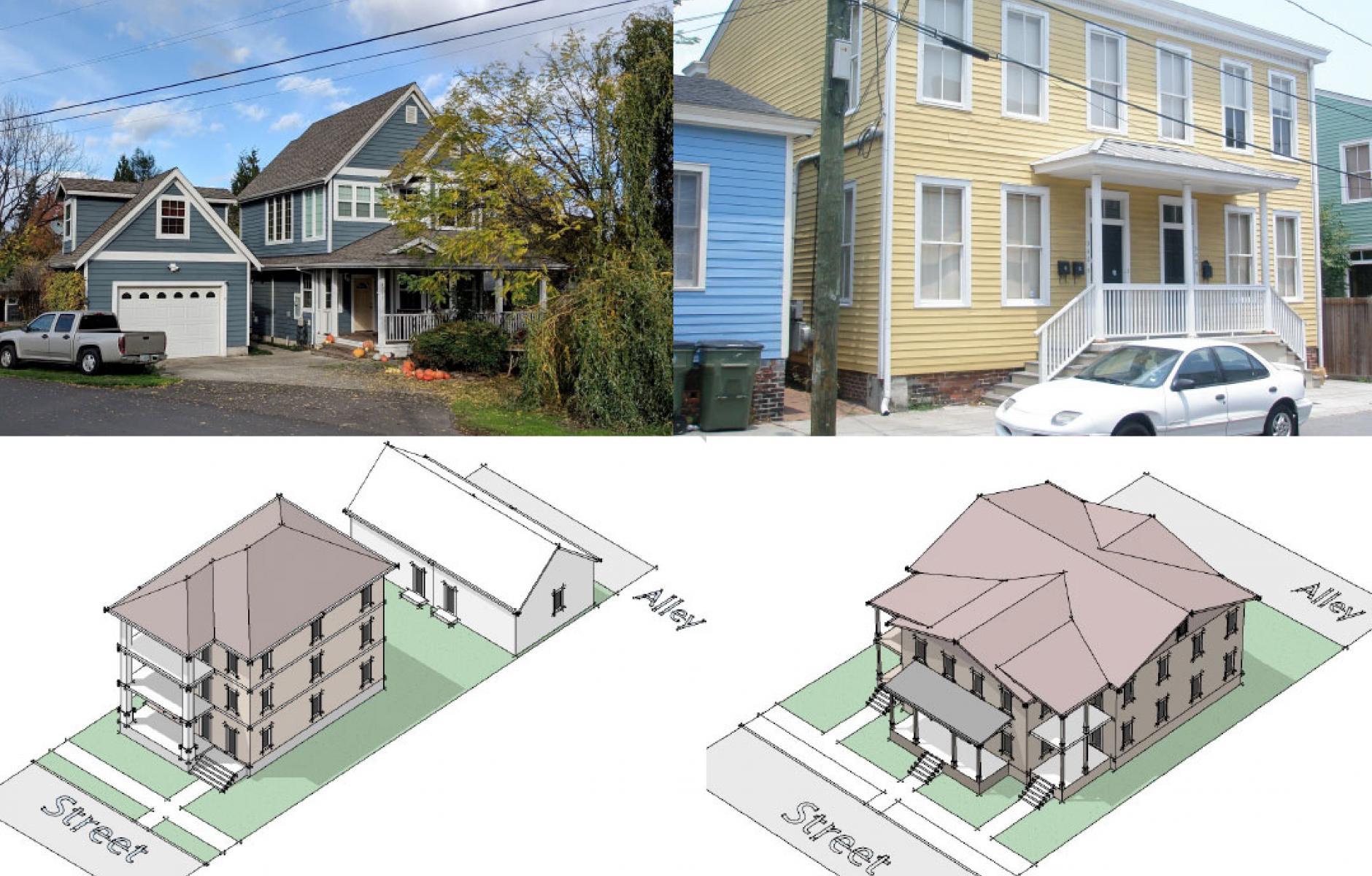 House hacking: Urbanism at its smallest and most personal

The smallest scale of the Charter of the New Urbanism is the building, and the smallest building is usually a house. Many of us own one, or would like to own one. But it can also be expensive to purchase a house, pay a mortgage, and also launch a career and/or raise a family.

That’s where the concept of “house hacking” comes in. House hacking “means finding a way to create income with a home to offset the costs of a mortgage,” according to Kevin Klinkenberg and Brian Falk, authors of a The House Hacking Catalog, published by the Project for Lean Urbanism. The Catalog is a primer on the concept, with plenty of real-life examples of how it is done—while it breaks down the subject into elements that can be understood: Unit type, rental type, financing, etc.

House hacking intersects with Lean Urbanism and Incremental Development, both offshoot movements of CNU. There were plenty of sessions at CNU 30 in Oklahoma City, which took place last week, useful to people interested in house hacking.

House hacking matters because New Urbanism is ultimately about building and revitalizing neighborhoods. House hacking helps to provide missing middle housing in a neighborhood, one house and living space at a time. It generally involves accessory dwelling units, duplexes, triplexes, and quadraplexes—all of which can be financed by a conventional mortgage. It is also a gateway path to Incremental Development. As you house hack, you offset your living expenses—but you also learn the skills that it takes to be a small-scale developer—which you can apply to other projects that contribute to fixing up a neighborhood or town.

Becoming a “house hacker” fits in well with a knowledge of New Urbanism—including understanding what a walkable neighborhood is and the land-use codes that are barriers to, or enablers of, good urbanism. The idea starts with choosing a neighborhood—and that probably means researching the codes to see whether accessory dwelling units are permitted and/or off-street parking is required, for example.

If you choose the neighborhood well, you—or your tenant—can reduce household costs. As the Catalog explains:

“House hacking already reduces the #1 expense for most households. Choosing the right location can also radically cut the #2 expense: transportation.” A new car costs nearly $9,000 a year on average, and many households have two. Those expenses, enough to pay a decent sized mortgage, are often unavoidable in car-dependent neighborhoods. But in a walkable neighborhood, living “car-lite” is easy.

“The combined effect of reducing or eliminating both the cost of housing and transportation is remarkably powerful,” the authors note. “It can supercharge your savings and investment strategies.”

When you look into house hacking, and I recommend starting with the booklet, you may begin to see clever ways of doing it that you weren’t aware of before. Maybe you can turn a basement into an apartment by providing egress to basement windows.

Or perhaps create a rentable space with minimal facilities that may be enough for a tenant, but is not legally a separate unit. Small developer guru John Anderson calls that a “master suite with a heck of a wet bar.”