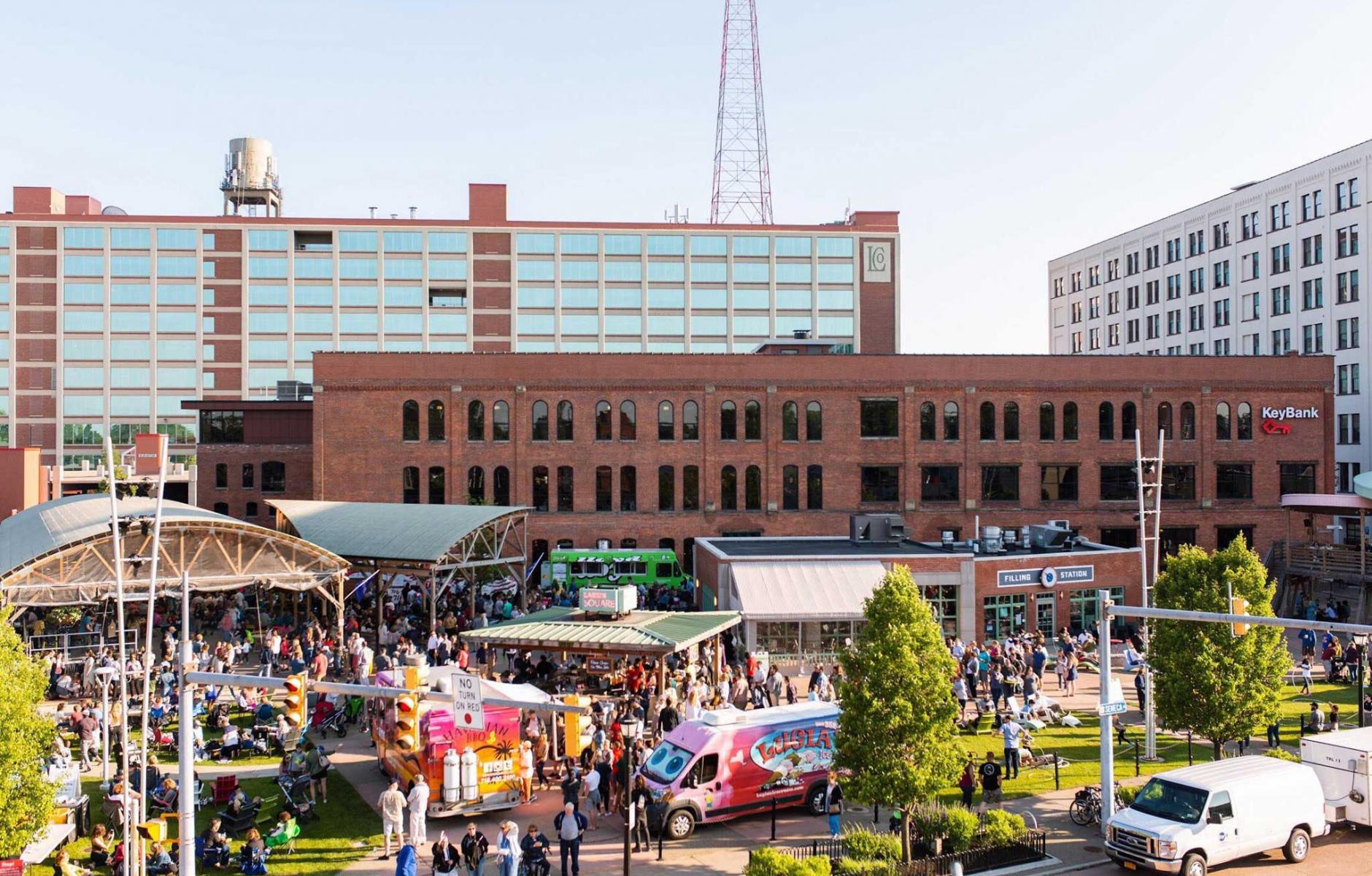 How zoning reform has helped to turn Buffalo around

The New York Times recently reported on Buffalo’s “other story,” an unexpected and dramatic increase in population in the last decade, the first time this had happened in 70 years. The “other story” in the Times headline is a reference to the Buffalo shooting, which brought weeks of negative media coverage to Buffalo earlier this year.

Despite the revitalization efforts downtown and in other parts of the city, no one saw the demographic turnaround coming. Prior to release of the 2020 census figures last summer, the city was expected to fall in population once again by a couple of percentage points. Instead, the city gained 6.5 percent population, or 17,000 people, from 2010 to 2020. This was actually the biggest gain since the 1920s, in both population and percentage increase.

The Times focused mostly on large revitalization projects, such as Larkinville and Seneca One, and an influx of immigrants, especially Bangladeshis, in some previously languishing neighborhoods. In a recent Strong Towns podcast, Bufallo-based incremental developer Bernice Radle brought up an underrated factor not mentioned in the story—the city’s 2017 Green Code. The Green Code, a form-based code, is spurring reuse of Buffalo’s historic building stock, we reported in Public Square.

The code is helping both large and small projects—especially its remarkable provision to get rid of minimum parking requirements. “Very few of these projects (reported by The New York Times) would have been allowed under our old code, which we threw out in 2017,” Radle told Strong Towns. “It was a big deal, and we removed so many barriers to small and big development.”

The Green Code is one factor that separates Buffalo from other “rust-belt” cities like Rochester and Syracuse, New York, both of which experienced much smaller population gains in 2020. A good zoning code is part of the “recipe” for dealing with climate change and creating a walkable community, Radle says: “Rochester desperately needs to have a good code to survive and thrive in the future. I don’t know if they are going to get that.”

That’s not a knock on either Upstate city, but the Green Code does give Buffalo an advantage. It helped to unshackle entrepreneurial activity and infill development in many of the city’s high-poverty neighborhoods, local planner Chris Hawley told Public Square. “Legalizing the historic mix of uses in Buffalo neighborhoods, and removing all minimum parking requirements, have been the Green Code's two highest-impact reforms.”

“Perhaps the most visible sign of Buffalo’s changing fortunes are its new apartments, which turn up in empty warehouses, former municipal buildings and longtime parking lots converted into much-needed housing. In the last decade, 224 multifamily projects — encompassing 10,150 apartments, most of them rentals, the equivalent of about $3 billion in investment — have opened or are underway, according to the office of Mayor Byron W. Brown.” All of that is related to, if not caused by, the code. That trend is accelerating, and many of these projects are underway now.

The Times highlighted a number of large projects, including Larkinville, the redevelopment of an industrial warehouse district into an office and entertainment area that has become a trendy attraction and district with thousands of jobs. This place is amazing: I first heard about Larkinville when it was just getting started in 2012, and the public space Larkin Square opened. At CNU 22 in 2014, CNU held its closing party at Larkin Square, and I was blown away at how much fun it is.

“If there’s a model for how Buffalo can wring new uses from its industrial hulks, it might be Larkinville, a former soap- and box-making enclave in the city that developers reinvented as a business district about a decade ago. Block-long factories that now hold offices huddle around a plaza dotted with colorful Adirondack chairs. Wednesday night concerts are a summer staple,” reports the Times.

Also highlighted is the Seneca One project, the reuse of a 40-story Brutalist tower, which is controversial from an urbanist point of view. Seneca One has created major residential and office space downtown in a formerly dead eyesore. Nevertheless, walls to protect a plaza from wind have exacerbated blank walls on the street. Overall, Seneca One appears to be having a positive impact on downtown, although getting rid of its Brutalist design flaws may be impossible.

Seneca One is huge for a city of Buffalo’s size—1.2 million square feet—and a challenge to fill. The residential leases have been taken as soon as they are put on the market, but the office space has been slow to fill, notes the Times.

There are many stories related to major historic rehabilitation underway. One is the Buffalo Central Terminal, a massive Art Deco terminal that closed in 1979. New York State has committed $61 million to help restore the building.

None of these major projects would mean much if it weren’t for small projects that are bringing neighborhoods back to life. This activity is getting a boost from the Green Code, which has legalized Buffalo’s historic building stock once again and surmounted the parking barrier.