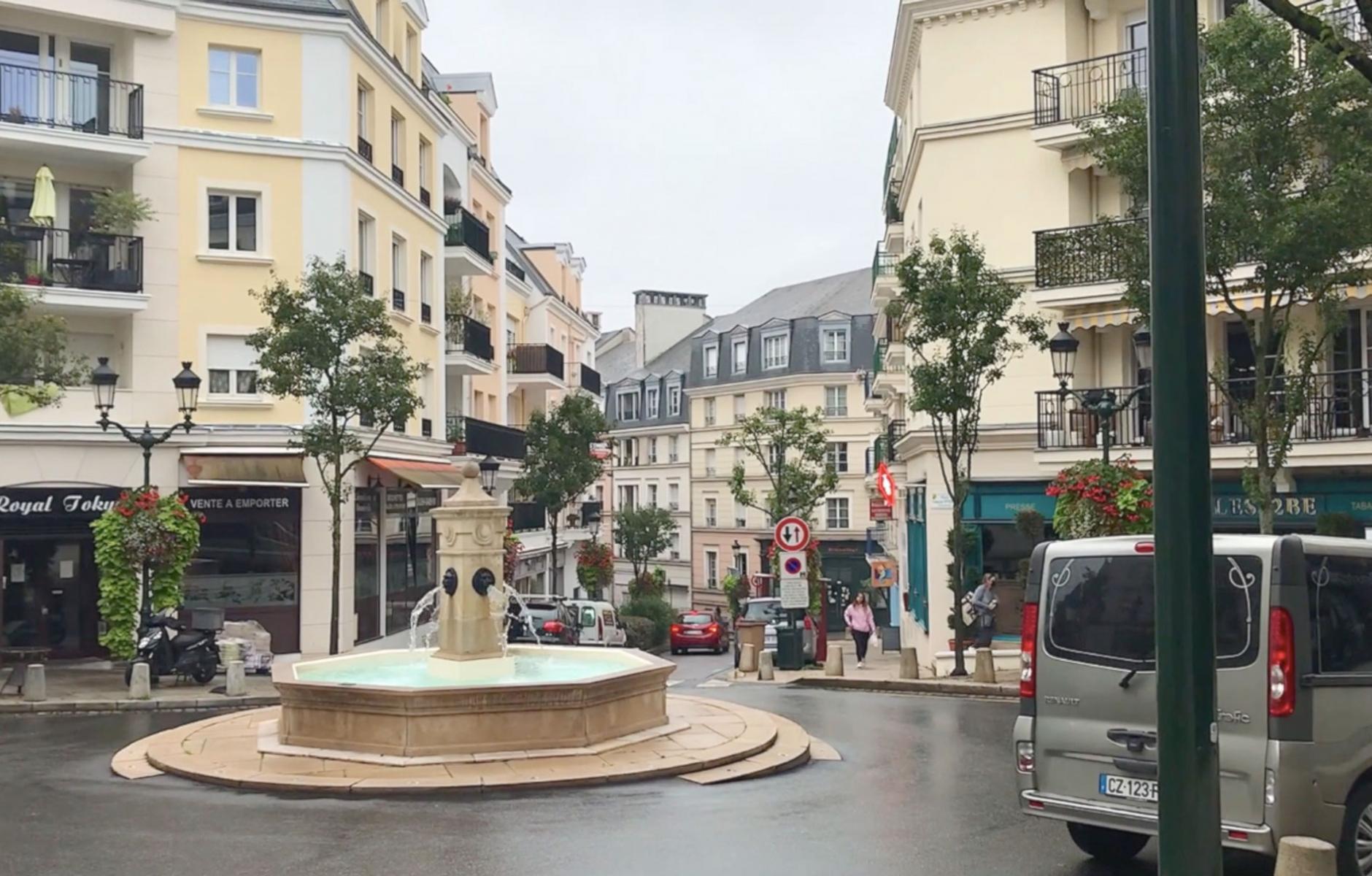 New Urbanism in the New Urban Agenda: Threads of an unfinished (global) reformation

The two charters represent a “paradigm shift” in the shaping of cities and towns, away from machinery and machine thinking, and back towards people. A May conference in Paris will explore them both.
MICHAEL MEHAFFY   &nbspFEB. 28, 2022

In 1922—a century ago this year—a young Swiss architect named Charles-Édouard Jeanneret, better known as Le Corbusier, made a radical proposal for the restructuring of Paris and other cities. His utopian plan for a “Ville Contemporaine” (contemporary city) featured wide streets dedicated to automobiles, high rise and midrise buildings set back far from the streets on superblocks, large swoopy pedestrian-only open spaces, and rigid zoning of buildings and streets by function and use. His was not the first such proposal, but it was certainly the most dramatic.

Indeed, Le Corbusier’s plan caused a sensation when it was exhibited at the annual Société du Salon d'automne exhibition in Paris that year. Soon after, he would propose to demolish a large section of central Paris, working with the car company Voisin, to be replaced with the urban model he later called the “Radiant City.”

Thankfully, that plan was never carried out. But in 1933, Le Corbusier and his colleagues convened to write a manifesto proclaiming their principles. Along with similar documents of the time, the Athens Charter became a blueprint for future urban development—and an enormously influential one.

A few years later, Le Corbusier’s model was used by Norman Bel Geddes for the General Motors Futurama exhibit at the 1939 World’s Fair—and audiences were enthralled. After the war ended, the country set about building a remarkably faithful version of Le Corbusier’s vision.

It has now been a century since Le Corbusier’s 1922 exhibition, and in that time, the world has seen astonishing changes. On average, humanity is far richer, healthier, more able to travel, and more able to enjoy technological comforts and conveniences undreamt of by our ancestors.

And yet, in spite of Le Corbusier’s utopian vision—or perhaps because of it—too many of our cities, suburbs, and towns are not well. They’re too often choked by traffic, dangerous for pedestrians and bicyclists, and over-dependent on cars for transportation. Among other impacts, that poses a grave hardship for the elderly, the young, the poor, the infirm, and parents who are forced to become their children’s taxi drivers.

Moreover, the rigidly planned Radiant City model hasn’t resulted in the hoped-for affordability and equity of access. Instead, disadvantaged populations have been isolated in functionally segregated superblock “projects,” cut off from the surrounding urban fabric and its opportunities. (Jane Jacobs and other perceptive scholars have given incisive critiques of the problems this has created.) Meanwhile, market-rate housing has soared in cost, even as it has continued to sprawl across the car-dominated landscape. Investors are able to use housing, and the land under it, as speculative commodities, while the top-down technocratic and political process of building becomes ever more complicated and constrained.

There’s also a growing sense that our buildings and our cities are just plain ugly—especially compared to the many beautiful buildings that existed before Le Corbusier’s day. Maybe this doesn’t matter, we think. But a growing body of research evidence shows that when users find their environments ugly, that produces stress, and degrades mental well-being and even acuity. By contrast, beautiful streets and buildings (also as judged by their users) encourage walking, biking, socializing, and enjoying a more active public realm. It also lowers stress and improves mental well-being, studies show. It seems that human beings have an innate need to be outdoors, and to be around vegetation, water, and other beautiful natural forms. But these urban attributes are increasingly hard to come by, at least for all but the wealthiest.

To be sure, Le Corbusier and his colleagues did seek to create beauty—but it was an esoteric beauty tied to function, and a beauty of monumental scales viewed at a distance. It was best appreciated by other architects, or from passing cars, and not by ordinary people living their daily lives at the human scale. In fact, Le Corbusier had no interest in the scale of ordinary pedestrian delights, or lively streetscapes, or sidewalk cafes—which he once dismissed contemptuously to as “the fungus that eats the sidewalks of Paris.”

This is not a new idea to members of the Congress for the New Urbanism, whose charter takes up many of these issues. The CNU Charter proclaims that “neighborhoods should be diverse in use and population; communities should be designed for the pedestrian and transit as well as the car; cities and towns should be shaped by physically defined and universally accessible public spaces and community institutions; urban places should be framed by architecture and landscape design that celebrate local history, climate, ecology, and building practice.”

But Le Corbusier and his collaborators had a very different model of cities—and it’s the one we have largely inherited. For them, neighborhoods should be functionally segregated by use; streets should also be segregated and classified by function, with major spaces given over to the car; and urban spaces should be only loosely framed by architecture that is set far back from the streets, amid loose greenery. Local history, climate, ecology, and building practice are not to be celebrated but replaced, with new mechanically produced, technically masterful environments.

In recent years, many planners, architects and urban advocates have come to believe that reform is urgently needed, especially away from the model of Le Corbusier and the Athens Charter. The New Urbanists have played an outsize role in that now global reform movement, with their Charter of the New Urbanism—a clever inversion of the Athens Charter—although they are certainly not alone.

In 2016, many of these reform-minded advocates (including some New Urbanists) gathered from around the world to participate in the remarkable Habitat III conference in Quito, Ecuador, hosted by UN-Habitat. The outcome document of that conference, known as the New Urban Agenda, represented what the Secretary-General referred to as a “paradigm shift” in the thinking about what makes good cities.

That outcome document closely paralleled the Charter of the New Urbanism—and both represented a reversal of the doctrines of the Athens Charter. As my colleagues and I have documented, there are numerous points of similarity and overlap between the Charter of the New Urbanism and the New Urban Agenda. Both speak of mix of uses, walkability, and public space networks. Both advocate compactness, polycentrism, and buildings defining the public realm. Both hold that heritage, climate and local cultural traditions must be respected. And there are many other points of convergence.

Indeed, there are at least six major points on which the Charter of the New Urbanism agrees with the New Urban Agenda. On the same six points, both flatly contradict the Athens Charter. These six points are zoning of elements, design of streets, orientation of buildings, treatment of historic structures and patterns, role of specialists in relation to citizens, and accommodation of change over time. The following table summarizes the position of each of the three documents on these six points.

The good news is that the New Urban Agenda was later adopted by acclamation by all 193 member countries of the United Nations, including the United States. Whatever one’s opinion of the flaws of that institution (and like any human institution, it surely has them), this is undoubtedly a milestone in urban history—a global agreement on the need for urban reforms.  These are reforms that, as we have seen, closely parallel those called for in the Charter of the New Urbanism.

It is also surely a good thing that people from around the world are coming together to find ways of reforming our cities and towns, and sharing the tools and methods for doing so. Many of them can be adapted to work well in other contexts, or to be developed further so that they work better.

It is to gather and share tools and methods for creating better cities and towns that the International Making Cities Livable was created in 1985. Henry Lennard, a Viennese medical sociologist, and Suzanne Crowhurst Lennard, an English architectural scholar, were passionate about exchanging the best lessons and most effective ideas for creating more livable, beautiful, ecological, humane settlements. To do that, they brought together mayors, senior planners, designers, NGO heads, builders, developers, and top academic researchers, in a peer-to-peer gathering to share the best knowledge to drive positive change.

The IMCL is complementary to the CNU in several key respects. One is that the IMCL focuses more on academic research translated into practice and senior government policy, while the CNU is more focused (though certainly not exclusively) on developing the expertise of practitioners. That is a very complementary relationship, since both are sorely needed. A second complementary aspect is that the IMCL by definition has an international focus, while the CNU is generally more US-focused. But the IMCL, like other CNU allies, can help to extend the CNU network to a global scale.

Our next IMCL conference, on May 18-20, will occur in the Paris suburb of Le Plessis-Robinson—a fascinating case study of a suburban retrofit from a “banlieue” in the Le Corbusier model, to a more mixed, walkable, diverse, ecological neighborhood. The IMCL, like the CNU (CNU 30 takes place March 23-26 in Oklahoma City), places great importance on gathering in case study settings, and examining lessons in a peer-to-peer exchange.

The 58th IMCL conference will focus on “architecture and the edges of public space,” and how the implementation of the New Urban Agenda can bring new attention to this crucial but neglected aspect of city-making. Our speakers include Laura Petrella, a senior official of UN-Habitat; Carlos Moreno, the developer of Paris’ “15-minute city” model; George Ferguson, Past President of the Royal Institute of British Architects and first elected Mayor of Bristol, UK; Rui Moreira, Mayor of Porto, Portugal; Ben Bolgar, Senior Design Director of The Prince’s Foundation in London; and familiar US participants including Christopher Leinberger of George Washington University, James Brainard, Mayor of Carmel, Indiana, and Setha Low of the Graduate School at City University of New York and the Public Space Research Group, among other leaders.

Partners, in addition to the CNU, include the Council for European Urbanism, the European Placemaking Network, PlacemakingX, several chapters of the International Network for Traditional Building, Architecture and Urbanism INTBAU), and the Center for Conscious City Design, among others. (More information is at https://www.imcl.online/2022-paris.)

We will discuss all these issues in a topical podcast of “On the Park Bench” on March 1st at 12 pm Eastern Standard Time. Panelists will include Luisa Bravo, editor of the Journal of Public Space, Peter Elmlund, of the Ax:son Johnson Foundation and the IMCL Board, and myself as IMCL director, with moderation from Dhiru Thadani of Thadani Architect + Urbanist. You can join here.

We look forward to joining you there, and we hope, in Oklahoma City, and in Paris!