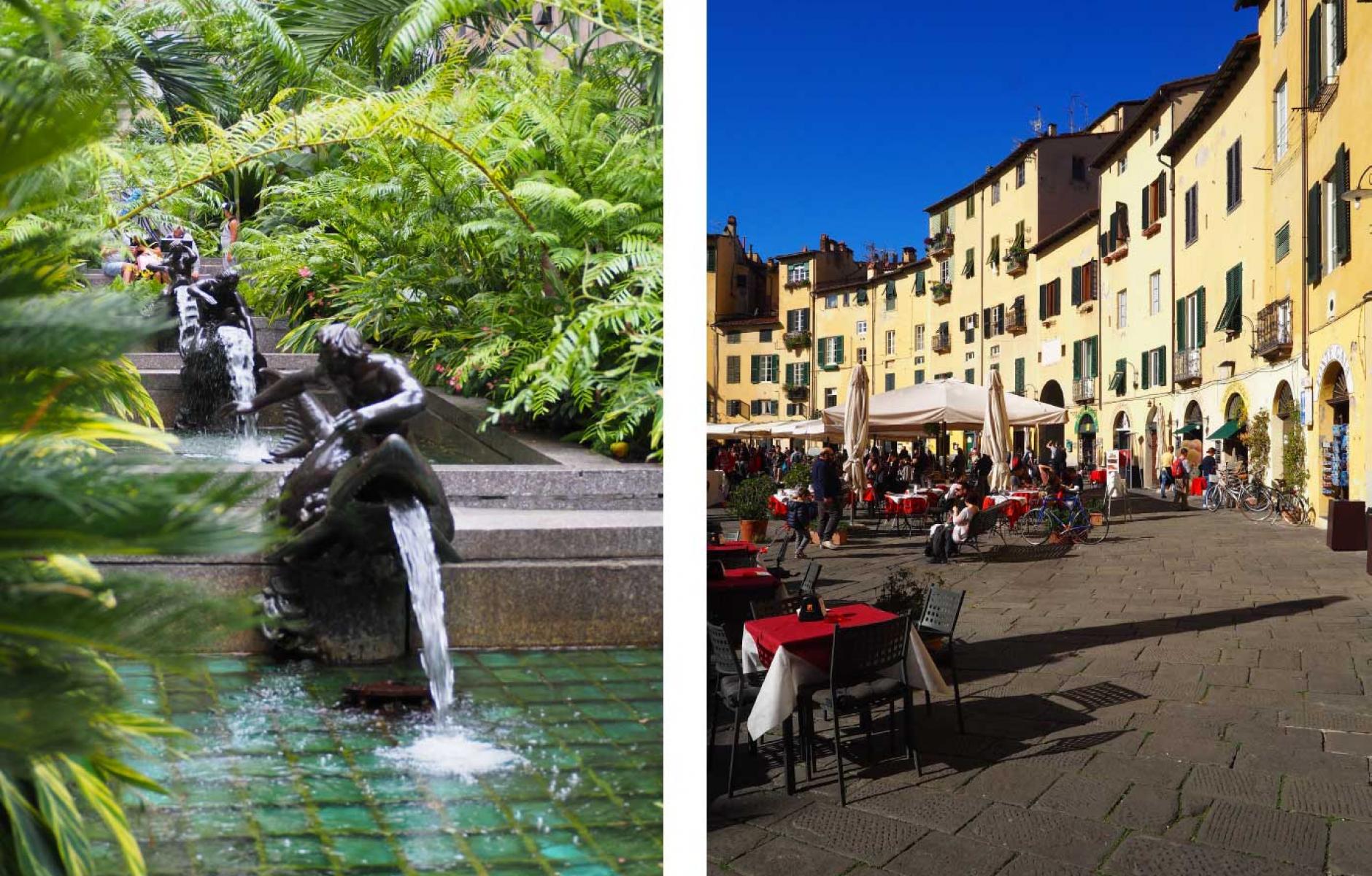 Urban Experience and Design: Contemporary Perspectives on Improving the Public Realm, edited by Justin B. Hollander and Ann Sussman, is a collection of academic and scientific papers on cognitive research and community design. The book covers a lot of ground and is not easy to summarize, but it provides the best overview currently available of biometric tools and biophilic design in architecture and urban design. These ideas are important to New Urbanism in so far as they offer a scientific and theoretical foundation for what the movement tries to accomplish.

For scientific validation, New Urbanism has relied primarily on research into subjects like transportation, fiscal performance, market preference, and sustainability. These areas of study are important, but they tend to skirt key questions: What makes people gather in large numbers in a particular location? What makes certain buildings attractive? What about a place makes people feel safe and happy? What is “sense of place?”

New research at the intersection of neuroscience, architecture, and urbanism is providing answers. I first learned about the work of Sussman and Hollander from a paper presented at CNU 26 in Savannah, Georgia, in 2018, on how eye-tracking technology revealed immediate and subconscious human responses to the built environment. Eye-tracking analysis is now widely used in advertising, web page analysis, and package design, and it has potential to influence architecture and the built environment. The research pointed to why people react positively to traditional architecture and urban design. There's irony here: Contemporary perspectives from new technology find problems with modern design.

Biometric tools provide a launching pad for new theories and areas of study, and the writers believe that they are onto something revolutionary. “In this book, prepared with 20 collaborators, we present the case that 21st Century scientific understandings in biology and psychology transform our understandings of how the built environment impacts people and determines our behavior, and we provide a new foundation for planning and architecture that will promote better design, health and community welfare,” Hollander and Sussman write.

The importance of the human face to design is a thread that weaves through several of the papers. At birth, about two-thirds of the neuronal structure of our brains are dedicated to facial recognition, according to Donald Ruggles and John Boak. Throughout life, interpreting both animal and human faces—and whether these are hostile or friendly—is an essential advantage to the human species.

Apparently, we do the same with buildings. Sussman and Hollander’s studies reveal that not only are people more stimulated by buildings that have features that can be read as faces, but also our eyes, in the first few seconds of viewing a building, tend to focus on the parts of a façade that most resemble human features.

“Places that promote the building of streetscapes with the familiar face-like bilaterally symmetrical arrangement of windows thus attract interest and attention from people, while those with blank walls cannot,” according to the editors.

More than the eye of the beholder

Beauty is often dismissed as being “in the eye of the beholder,” but that is only part of the story. Urbanist and architect Jan Gehl observed that streetscapes gain life when people engage in activities that aren’t strictly necessary, like meeting friends for dinner at outdoor tables. Multiple people must agree that an urban place has a high-quality environment for that to happen. Great urban places, therefore, appeal to universal qualities.

Those qualities relate to how humans perceive the built environment. “Vertical orientation reflects the structure of the human body and its role in the perception of the outside world,” notes Saeid Khaghani et al. “An example of this is the fact that our eyes are placed in our head parallel to the horizontal plane.”

Buildings trigger neural responses as we absorb data from our senses, most of it subconscious. According to mathematician and urban theorist Nikos Salingaros:

What is sense of place?

Robert Tullis defines “sense of place” as “memory, emotion and meaning in architectural and urban design.” Aristotle notes that for something to exist, it had to be someplace. “There­fore, place provides the basis for existence,” Tullis says.

Since the 1970s, architects have struggled to explore what it means. “Like Chris Alexander’s ‘quality without a name,’ it is a bit elusive,” Tullis says. “Then we get the first inklings of the game changer: neuroscience.” A new idea called “embodied cognition” posits that physical place is less important than how people react it. The reaction is at the heart of “urban experience” and can provide emotional nourishment, or not.

Sense of place is therefore not just a marketing slogan, “but rather it is a biological/ mental/emotional fact of our evolved life in a human body on the Earth,” Tullis writes.

Psychological research supports this, he says. “Architect and urban designer Yodan Rofè has conducted experiments in which people map their feelings within urban environments. The feeling maps show a high degree of agreement on which spaces feel good and which feel bad.”

Reactions to buildings and places, and images of those places, may be surprising. “People think more creatively and respond better to abstract concepts when seated in rooms with high ceilings or blue-painted ceilings,” Tullis writes. “People in red rooms or exposed to red light suffer diminished problem-solving skills and reduced capacity to engage in social conversation. Humans respond to sharp, irregular, angled forms with discomfort and even muted fear. And my favorite, the ‘beautiful room experiment,’ in which people found angst and distress in the photos of faces when they viewed them in a room that resembled a janitor’s closet and found happiness and joy in the same faces when viewing them in a room resembling a private library.”

Eye-tracking research in Ayer, Massachusetts, validates visual preference surveys of the past. The town’s main street has eight identifiable biophilic design elements, with five visual concentration areas. Despite a lack of trees, the main street is the most appealing to subjects of the study. An urban residential street comes in second, while low-density suburban streets contain fewer biophilic elements that attract the eye. “The findings represent how biophilia can influence the human experience within the streetscape and how eye-tracking emulation software can be a useful tool to measure such influence,” note Millikin, Hollander, Sussman, and Situ.

Biometric research supports why some streets are safer than others—despite more conflicts. Many transportation engineers have long ignored data that shows that narrow streetscapes with nearby obstacles and high activity are safer, instead going with the theory that wide, clear roads will prevent injuries and death. Eye tracking technology backs up the idea that humans are more vigilant in the narrow streetscapes—explaining why they are safer.

Human psychology and evolution help to explain the enduring appeal of traditional architecture and urban design. “Bilateral symmetry, face-like façades and straightforward hierarchy has been baked into traditional designs and helps explain why the older parts of a city are often the most popular, the most welcoming and the most photographed—and the ones that provide a city with a unique identity,” Sussman and Hollander write.

We may feel modern, but that is an illusion. “We remain Pleistocene, a primate, a social species hardwired for relationship, always looking to connect—even if what is in front of us is inanimate,” they explain. This new frontier of research poses challenges to modern architecture that are based on science, not subjective aesthetics. It points toward an architecture and urbanism of the future that embraces neuroscience to create places that nourish humans psychologically and socially.

PS: Hollander and Sussman offer a neurological explanation for the negative qualities of modern architecture—many of the founders like Gropius and Mies were traumatized by service in World War I. No doubt the trauma was real and the comparisons between bunkers and trench design and early modernism are interesting. To what extent PTSD caused modernism to take the shape that it did is speculation, and, I would think, irrelevant to the biometric research explored in Urban Experience and Design. But it makes for an interesting hypothesis.

Urban Experience and Design: Contemporary Perspectives on Improving the Public Realm, edited by Justin B. Hollander and Ann Sussman, published in 2021 by Routledge.