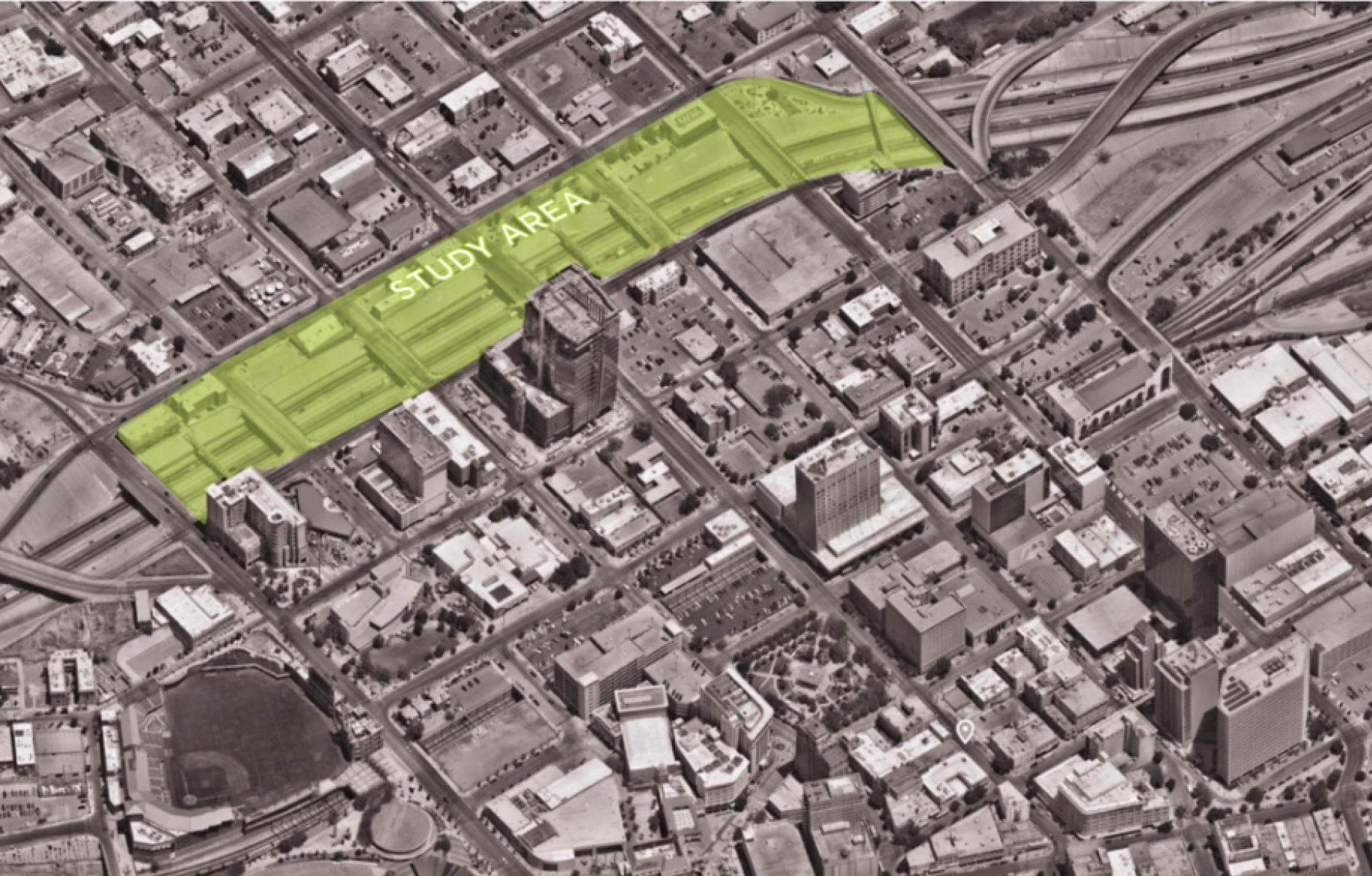 A highway cap in El Paso: False road to equity?

Editor’s note: As part of Public Square’s coverage of Freeways Without Futures 2021, we explored briefly when it’s appropriate to cap a highway. We received this response from Sito Negron in El Paso, Texas, where the Texas Department of Transportation is planning a widening of I-10, working with Downtown developers who seek at least covered by a partial cap.

About two years ago, a spokesperson for the Texas Department of Transportation was making the rounds to civic groups with a presentation touting the benefits of widening Interstate 10 through Downtown El Paso, and adding frontage roads alongside a four-mile stretch of highway. TXDOT, in part driven by anticipated increase in truck freight, is focused on widening freeways in core urban areas.

Part of the pitch is the typical traffic modeling that pushes most capacity-building exercises, and part was a concept growing in popularity around the country—a cap creating public space over the highway. This El Paso iteration would be over the “Trench,” a six-block depressed portion of I-10 that edges Downtown. Immediately north of the Trench are mostly commercial buildings.

The El Paso deck would be modeled after the 5.2-acre Klyde Warren Park, an amenity in Dallas that has spurred development in its immediate vicinity. It turned out that the Greater El Paso Chamber, which created a group to promote transportation projects, had coordinated a visit to Klyde Warren for select elected officials and business leaders. This was coordinated in some capacity with TXDOT, whose representative was promoting the concept.

The problem was that the concept hinged on widening the freeway and creating new frontage roads, which would take the strip of mostly commercial properties just north of Downtown, as well as a handful of properties adjacent to the freeway east of Downtown. Those properties include two apartment buildings, one of them historic.

In addition to taking property, the highway project would eliminate at least three existing crossings that are used by cars, bikes, and walkers, and help maintain a classic grid system that spreads out traffic. The deck would not restore those connections. Finally, while there are intact neighborhoods to the northeast and northwest of Downtown, what is directly north of Downtown is largely vacant lots and commercial buildings.

This creates a core contradiction. The language used to promote the El Paso deck park is that of “equity,” “environmental justice,” and “connectivity.” The first two are flatly incorrect. This is an economic development project promoted by Downtown developers. It may indeed be an amenity, perhaps even enough to draw new private investments, as it has in Dallas.

It undermines the very concept of “equity” and “connectivity” if those terms are co-opted for economic development projects, and it undermines the purpose of federal funding if programs aimed at correcting years of highway destruction are instead used to cover up or deflect from further destruction. A deck park would be, at most, six blocks, and possibly less than half that; the highway widening and frontage roads would be for six miles.

Change at the top

“Now is the time to finally address major inequities—including those caused by highways that were built through Black and Brown communities, decades of disinvestment that left small towns and rural main streets stranded, and the disproportionate pollution burden from trucks, ports, and other facilities,” Secretary of Transportation Pete Buttegieg, testifying before House Transportation on March 25, said. Even though this national conversation has been growing for decades, it was still stronger stuff from the top than advocates have been used to.

The scenario described by Secretary Buttegieg is exactly what happened in El Paso, which once had one of the best city cores in the Southwest, if not the nation. The 1925 City Plan, with a well-designed grid, criss-crossed by streetcars, produced a beautiful city of neighborhoods. The urban fabric was the very definition of what cities now seek to reproduce, with neighborhood scale retail, parks, and schools in walking distance, and with clusters for larger retail, with Downtown being the centerpiece.

With cheap land and cheap water and a strong, successful urban legacy providing the foundation—ironically enough—El Paso political leadership and developers followed the trend of Southern California post-WW2 sprawl, especially when the freeway came calling. And when the freeway did come calling, there’s no surprise where it went.

“By 1968,” writes El Paso historian Dr. Miguel Juarez, “Interstate 10 and Highway 54 ran through the heart of Lincoln Park, changing its fabric as well as the character of other El Paso neighborhoods. These freeways … displaced thousands of people in El Paso.”

Lincoln Park was part of a black and brown community in El Paso; the freeway decimated the community and created a dividing line between north and south of Interstate 10 that remains to this day. Further, there is a port of entry just to the south of Lincoln Park, which is in the Chamizal community, also decimated by highway and port development, among other historical factors.

El Paso is a port city, but it is also a green valley in the desert, and there has been very little thought given by the political leaders and developers who control the built environment about the equity of driving national and international trade over low-income and minority neighborhoods through the heart of the city.

Instead the City, downtown developers, and TXDOT are using concepts aimed at making things better for people impacted by urban highway projects to justify something that makes them worse, the highway widening and frontage roads, and to gain a sought-after Downtown amenity. It may be a nice amenity, and should stand on that merit; when it comes to equity and mitigation, we need work where people actually live, in historic neighborhoods that are east and west of Downtown, like Lincoln Park, Five Points West, the Chamizal, Sunset Heights, and San Francisco, among others.

That work is possible. In February, TXDOT itself released two intriguing “alternatives” along with its preferred variations of widening and frontage roads. Those were to 1) reconstruct the highway as is, 2) tunnel the highway. For those readers who understand the processes, this happened during "Public Meeting 2."

Both are better options in terms of impact on community quality-of-life; within those concepts, there is a huge amount of space to explore true alternatives. For example, if not a tunnel, perhaps at least depressing the highway, and allowing cross streets to bridge the highway with a cleaner line of sight between neighborhoods.

Ironically enough, a Chamber representative stated recently that El Paso has a 100-year history as a transportation hub.

It's actually a 140-year history if you start with railroads, or millenia if you think of people, or millions of years, if you think of pre-human migration patterns. Whether railroads or roads, that urban history has always been at odds with community quality-of-life; one of the most urgent calls in the 1925 City Plan, for example, is to remove the rails from the heart of the city.

We are not having those vital conversations. The public meeting was the first time the public had been made aware that these were even options. But there was virtually no information about those concepts. So the public had two weeks to comment via a website that did not have detailed information about those alternatives, but did have the “roll plots,” or more detailed drawings, for the three "viable" options TXDOT prefers.

Now, the public is being gaslit by various elected officials and staff who try to claim that nothing has been decided, and that alternatives could emerge. That is a strong term, but it is merited.

We are already months on from a “public meeting” at which TXDOT itself has told the public it only considers three variations of its original concept “viable.” Further, El Paso County Commissioners Court asked TXDOT to carry forward the two alternatives of reconstruction without widening, and tunneling, through the NEPA process, and the agency indicated it would not.

TXDOT has just released a funding plan contingent on acceptance of the plan “as presented,” which is to say, widening and frontage roads. Some of the same officials saying that options are still on the table are among those who voted to accept the TXDOT funding plan and its conditions.

Unfortunately, gaslighting is an appropriate term.

Where the rhetoric meets the road

It cannot be stated enough—these are complex processes. Perhaps TXDOT has the ability to change course and bring these true alternatives back for the detailed study they deserve.

If so, it will only be because of community pressure. It should not be put on residents to understand these very complex processes and develop alternative plans. That's the agency's job.

Local officials so far have failed the community, instead going along with a process that is controlled by the agency and its consultants, and now, its local partners, who cumulatively have millions of dollars to produce technical information, maps, and renderings. To travel wherever needed to attend meetings, both public and private, to bring the chairs of various state commissions and committees to hear one point of view from the Chamber of Commerce. To implement public relations campaigns. To fly local officials to look at a beautiful deck park in Dallas, which has been an attractive amenity anchoring a real estate development boom.

Deck park concepts are increasingly in vogue, and in many cases, maybe even most, can serve a community equity or connectivity purpose. But that’s not the case in El Paso, where the language of environment and justice is being used to cover up, or justify, a bad proposal—increasing the intensity of the freeway though the urban core. If it’s not the case here, where else might that be so?

That is something that should concern policy-makers, if they really mean what they say. 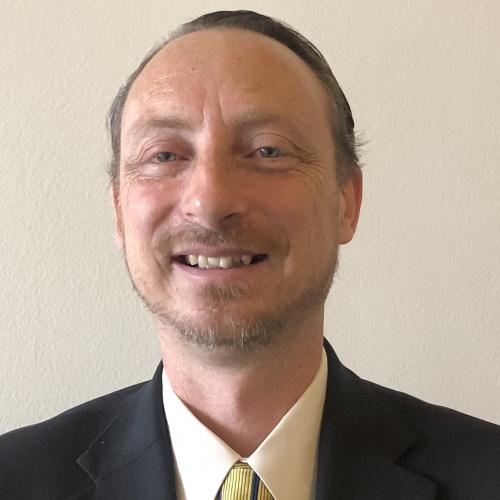