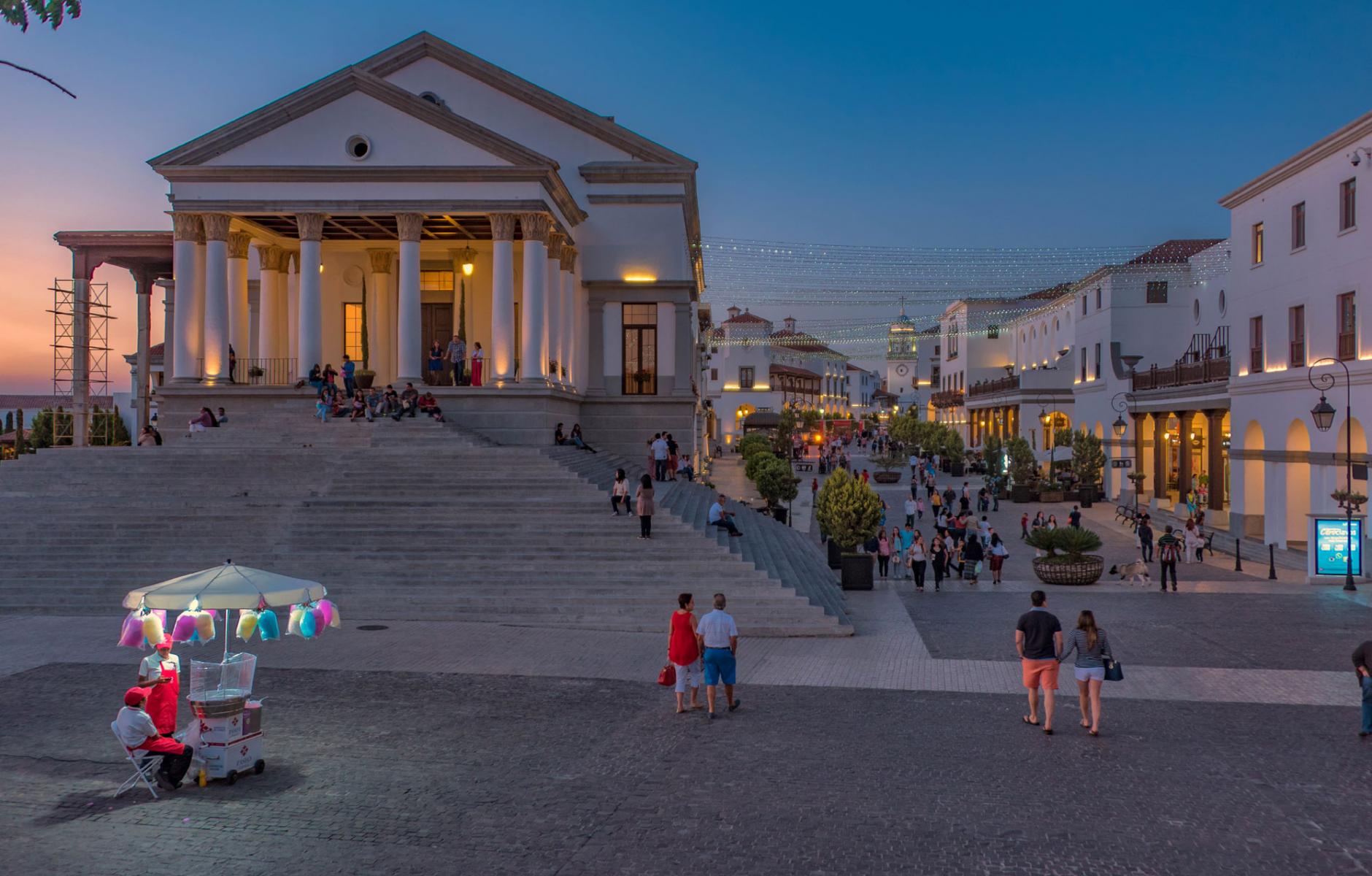 The major Cayalá civic buildings like the Azaria Civic Hall (front left), the Church, and the Campanario (bell tower on far back), are situated on important locations overlooking public spaces and vistas.
Architecture

The Cayalá effect in Guatemala City

The Paseo Cayalá Neighborhood in Guatemala City is a model of open and economically resilient development in a city of gated development. Estudio Urbano and Leon Krier won a 2021 CNU Charter Award in the Neighborhood, District, and Corridor category.
ROBERT STEUTEVILLE   &nbspMAY. 17, 2021

Many developments in Guatemala City, Guatemala, are gated, and the New Town of Cayalá sets a different example: One of welcome and openness to all citizens. This growing town, with 350 shops, 650 residences, and major civic buildings and institutions, revives the architectural identity of the region. The central plaza looks like it could have been built hundreds of years ago.

“Cayalá sets a model for Central America and other places like it,” where security concerns have led to a proliferation of gates and armed compounds, says Geoff Dyer, jury chair and urban designer with B&A Planning Group. “That is especially true for a city with a rich urban fabric, yet in recent decades the city has been unable to emulate or grow based on that.”

Those who work in Cayalá, including gardeners, waiters, policeman, shopkeepers, sales clerks, and office workers, and those who live there, experience an excellent urban environment daily, says architecture Professor Warren Orbaugh, of Universidad Francisco Marroquín, Guatemala. Visitors immerse themselves in the extraordinary civic spaces and design. “It is especially evident on weekends when people choose to go for a stroll in Cayalá,” he says.

Cayalá offers lessons for revitalizing the city’s troubled areas, according to Mayor Ricardo Quiñónez Lemus. He announced plans to “implement the Cayalá effect” in these districts: To create pedestrian neighborhoods with a mix of uses, generating new, local and more resilient economies.

New buildings comprise a mix of three-to-six-story, mixed-use apartments, commercial structures, parking pavilions, entertainment complexes, market sheds, and larger civic and sacred edifices that are imbued with regional architectural DNA. Stone-paved boulevards, streets, and squares give way to the quieter, more residential neighborhoods. The beauty of the design, and the connection to a 100-acre nature preserve, have transformed the lives of Cayalá’s residents.

Cayalá has pioneered the local use of shared space in thoroughfares. Techniques like eliminating sidewalk curbs, for same-level spaces, create a culture of respect and good behavior among drivers and pedestrians. Shared space has been so successful that there has been little-to-no need for speed limits signs, the design team reports.