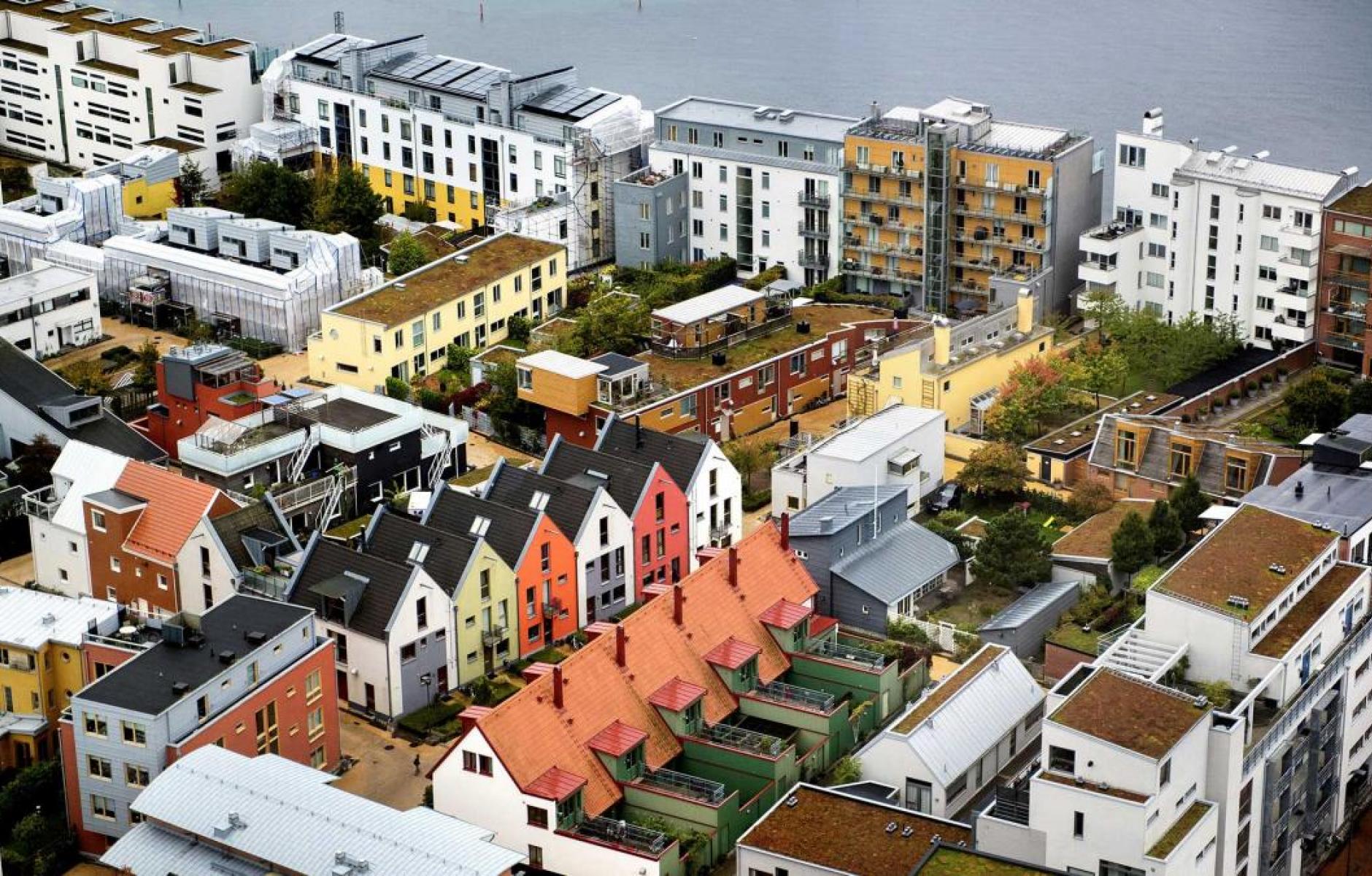 Blocks versus barracks: On the missing chapter

A discussion around the book, Architecture & the City, prompts a critique of prominent eco-urbanism developments on the basis that they fail to create good urbanism.
MICHAEL DENNIS   &nbspFEB. 23, 2021

Toward the end of John Ellis’s review of my recent book, Architecture & the City: Selected Essays, he suggested:

A potential missing chapter in this otherwise splendid book could include examples of sustainable urbanism from other parts of the world. Taking clues from work such as Harrison Fraker’s research in his book The Hidden Potential of Sustainable Neighborhoods, there are examples of compact, transit-oriented urbanism with all the latest building technology in terms of energy efficiency, storm water management, green roofs and underground waste removal in places like Hammarby Sjostad in Stockholm, the Bo 01 district in Malmö, and Vauban in Frieberg, Germany to offer a way forward. These examples together with a Green New Deal in terms of a major program of public works infrastructure are needed to head off disaster in the next few decades as the realities of Climate Change threaten our survival.

I was not familiar with these projects, or their host cities (Freiberg, Germany; Malmö, Sweden; and Stockholm, Sweden), and had not yet read Harrison’s book. But, since we are in an environmental crisis of epic proportions, and since cities are the most efficient form of human habitation on a per capita basis, I decided to look at these three projects—expecting to find genuine examples of urbanism, enhanced by comprehensive technologies. To my surprise, however, I found them to be terrible examples of urban design, poor models for emulation, and not a promising way forward. They are like marriages of Zeilenbau and Garden City; i.e., suburbs rather than cities. The ecological strategies are admirable, but the same strategies could also be used to enhance traditional urban form.

On the other hand, I found the historic cores of Freiberg, Malmö, and Stockholm to be amazingly beautiful examples of urbanism. I then decided to do a study using the historic centers of the host cities as a critique of the planning of these so-called “eco-cities.” This turned into a seventy-five page “Missing Chapter,” titled “From Blocks to Barracks,” which can be downloaded here.

With the rise of ecological awareness in the 1990s, projects all over the world began to be developed and touted as “green cities,” or “eco-cities,” but too many were simply the result of “green-wash” marketing strategies. Others, however, such as Vauban, Bo 01, and Hammarby, were seriously dedicated to real environmental effectiveness, including: energy efficient buildings, alternative energy production, minimal car use, transit orientation, and storm water and waste management. These projects raise the question of the relationship of ecological issues to urban form. The question is whether environmental strategies are determinants of the urban form of these projects, or whether their urban form is simply stylistic preference that deflects thought.

A former French Army base, the Vauban district is in the southwest area of Freiberg im Breisgau. In contrast to the postwar reconstruction of Freiberg, Vauban was renovated and developed with modern architecture and also strong environmental parameters. It promotes itself as the first “Eco-City.” Construction began in 1998. Today the population is approximately 5,500.

The historic core of Freiberg is a real city with a population of ca. 7,500. It is a beautiful, livable, sustainable city. Vauban is perhaps sustainable, but it is not a city. It is a bedroom suburb overrun by landscape. Vauban lacks both legible public space and landscape structure. The buildings are too far apart; they do not make urban blocks or define a legible spatial structure of streets and squares; the architecture is too aggressive; and the wild landscape appears to be engulfing a ruin. Even the environmental issues would be improved by more dense, compact urban fabric.

The architecture of domestic buildings in Freiberg is generally modest, but the buildings have facades and identity, and collectively, they define the public realm. They also support ground level commercial that socially activates the city. The architecture in Vauban is self-referential, often grotesque, and does not support a legible public realm. Bad architecture and bad urban design form a lethal combination in Vauban, demonstrating that good ecological intentions and solutions cannot, in and of themselves, create good urban environments.

Planning for Bo01 as an international housing exhibition began 1998 on the abandoned western harbor of Malmö, and the first part opened in 2001. Bo01 is often referred to as an “Eco-City,” but it is actually quite small.  It is more architectural than urban. In Bo01 there are many different building heights, and each “block” is either one building or one building style. In addition, each “block” is kicked at an angle (see photo at top of article). This combination erases any sense of urbanity and continuity—as if architectural toys had been randomly scattered about on a tabletop. Apparently, the Master Plan was highly prescriptive, not only about parcels for buildings, but also facades. The result of this process is highly questionable, as the urban environment is not good, and many of the facades are really bad.

There are no real streets in Bo01, only circulation areas between buildings. Despite intentions to be “car-free,” the interior of Bo01 contains many two-story single-family houses with garages. Architecture in Bo01 ranges from average developer housing blocks to cartoonish imitations of traditional Scandinavian buildings. In Bo01, architecture trumps urbanism, with most buildings trying to be “special,” at the expense of urbanism.

Bo01 is a perfect example of how a real urban environment cannot be made from excessively differentiated and aggressive architecture. In fact, most of the ecological solutions developed in Bo01 have nothing to do with its physical form.

Hammarby Sjöstadis a contemporary community of about 20,000 people situated on an old industrial site around Lake Hammarby Sjö. Planning began in 1990, with serious ecological intentions.

There are several major problems with the planning, however. Hammarby is a series of linear, waterfront sites without sufficient depth to produce real urban fabric. Hammarby is comprised of large, slightly irregular, perimeter blocks that are often open on one side with landscaped courtyards. The streets are also irregular. In general, the streets and buildings are too big; the open blocks blur the distinction between public and private spaces; and the equality and repetition of spatial dimensions has a numbing effect on the environment. But the biggest problem with the linear organization is the relentless repetition of buildings and blocks. One or two urban “blocks” would not be bad, but nearly twenty of them—close to identical—is too relentless. It makes the project into a giant architectural design rather than an urban design with all the variety of traditional cities.

In Stockholm, the urban landscape is a complement to the urban form. In Hammarby, the landscape is better than Vauban or Bo01, but it is scruffy and without clear urban intent. Part of this is due to wide linear zones that are neither parks nor streets. Landscape in these areas tends to be decorative, not complementary. In addition to beautiful streets and boulevards, Stockholm has a wide range of beautiful squares and parks. Some of these are landscaped squares, and some are large, irregular urban parks—like Paris. There are no good streets in Hammarby. They are too wide, too irregular, and the architecture is too bad, or too aggressive. Good streets require good architecture. Narrow streets can have very modest architecture, but as the streets get wider, better architecture is required. Hammarby has no squares and no urban parks, only courtyards and linear mall-like areas.

The “Missing Chapter” uses the traditional urban form of the three host cities, Freiberg, Malmö, and Stockholm, to critique the urban form of their so-called “eco-project” neighborhoods. It is not about the laudable environmental initiatives of Vauban, Bo01, and Hammarby. It raises the issue, however, of the relationship of these environmental initiatives to urban form. Are they a determinant of urban form? Do they have any impact, or implications, on urban form? Do they suggest a new idea of urban form? Initially, I thought that they might, but, after this study, I believe they do not.

What, then, are the environmental initiatives developed for Vauban, Bo01, and Hammarby? These initiatives, and their interrelationships, are described in easily available material on the Internet, and are covered in detail in Harrison Fraker’s excellent book, The Hidden Potential of Sustainable Neighborhoods: Lessons from Low-Carbon Communities.

Harrison outlines the following topics, describes them specifically for each project, and compares them in Chapter 6 “Observations across Neighborhoods.”

Given the book’s intent, and taken by themselves, one might surmise that these initiatives are determinants of urban form, but the formal diversity of the three neighborhoods reveals that they are not. In fact, they all could (and should?) be applied to the urban form of the traditional city, and except for the expansion of green space, most could be applied retroactively to existing cities.

Since these topics are not inherently form determinants, it means that the urban form of the three case studies is aesthetic preference—stylistic—as all are different. As a result, Vauban, Bo01, and Hammarby may be justifiably praised for their environmental achievements, but they may also be critiqued independently for their urban form. For me, the urban form of the traditional city—i.e., the historic centers of Freiberg, Malmö, and Stockholm—is preferable to that of Vauban, Bo01, and Hammarby. The urban form of the traditional city also has the possibility to rival, even perhaps exceed, the environmental performance of these neighborhoods.

Can the ecological performance of traditional urban form be improved? Of course. As David Owen points in out in Green Metropolis, however, this is like asking a skinny person to go on a diet.

Global warming is not the only environmental issue today, but it is the elephant in the room. It is what will kill us if we do nothing. Global warming is the result of human impact on climate change, which is primarily the result of burning fossil fuels. The cause of global warming is not bad storm water management, and it is not cities; it is carbon. Roughly one third of carbon is from buildings and one third from transportation. The Center for Neighborhood Technology in Chicago has pointed out that on a per capita basis, most of the carbon resulting from automobile use is from suburbia, not cities. 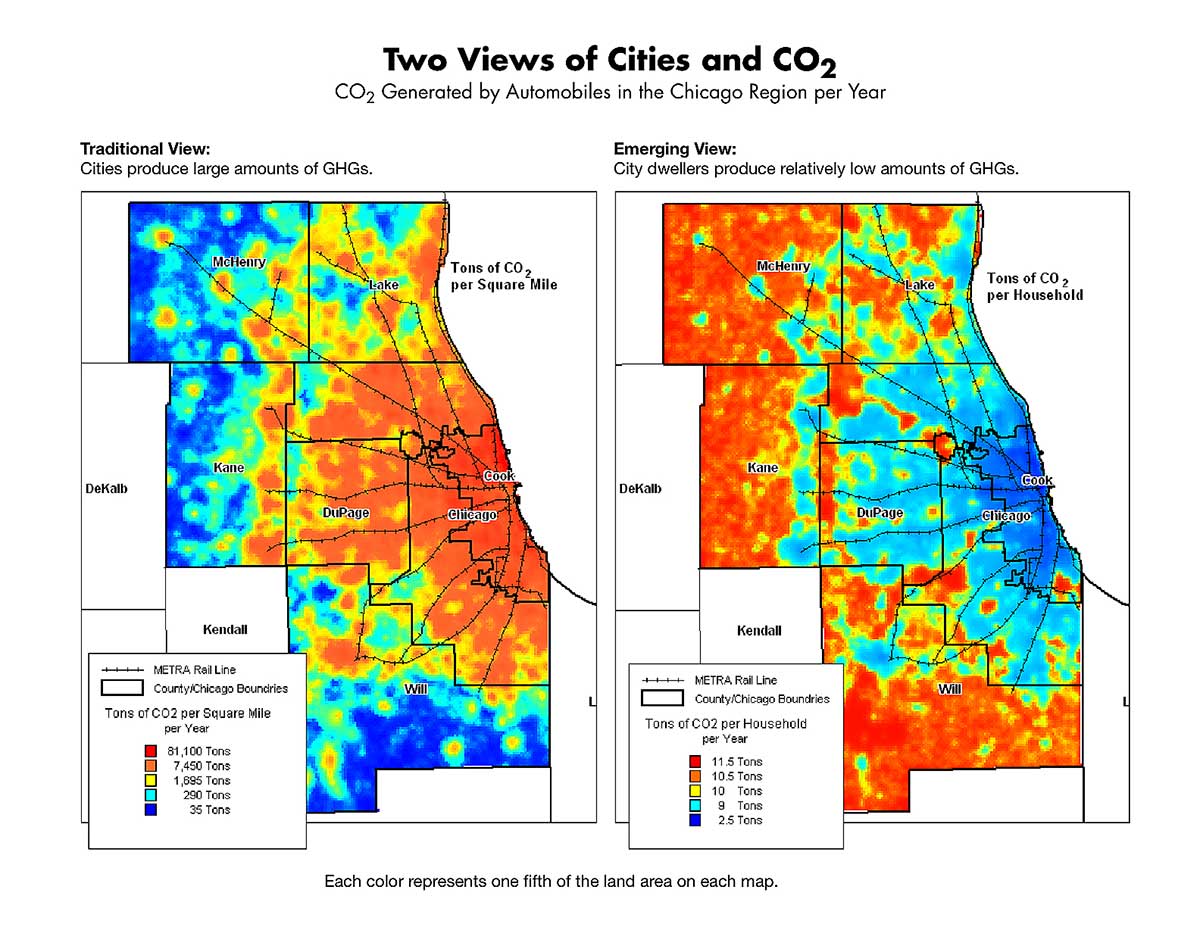 It is good to make cities more ecologically efficient, but, alone, it will not solve the contemporary climate crisis. Unfortunately, this also deflects thought and effort from the real problem: suburbia, with the detached single-family house and massive auto use, which is the way two-thirds of Americans live. Beautifully designed storm water trenches with granite bases for downspouts in Bo01 may be pretty, but just go on Google Earth and look at the vast areas of suburban sprawl surrounding central Malmö, and Stockholm.

Today, we face an environmental crisis of unknowable dimensions, and we know that urbanism and lifestyle play a significant role in this crisis. Dense, urban communities are part of the solution, not the problem. For all their environmental achievements, however, Vauban, Bo01, and Hammarby are inadequate urban models for the future. 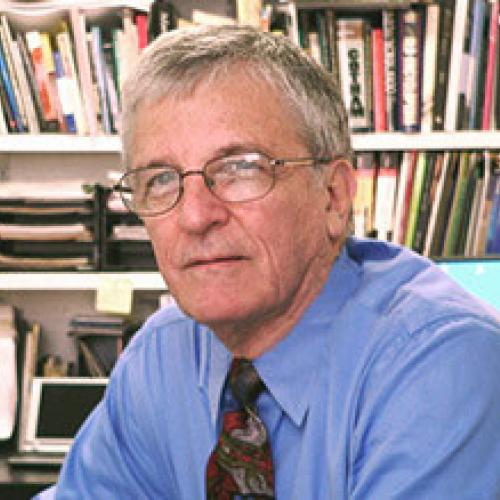