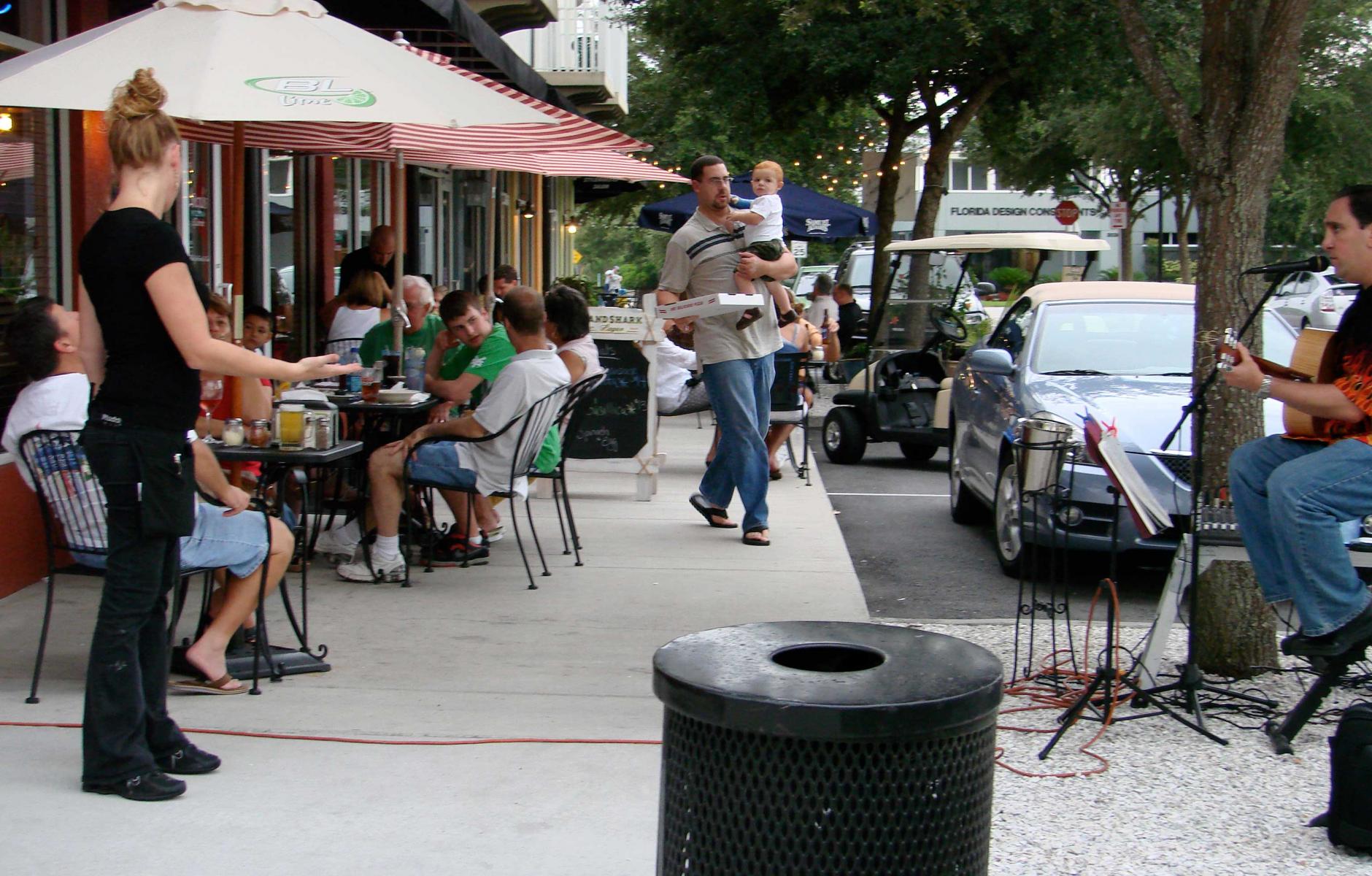 Lessons from the (last) recession

The post-COVID-19 economy will mean hardship for communities and urbanists, but also will create opportunities and innovation.
ROBERT STEUTEVILLE   &nbspAPR. 23, 2020

The Great Recession had a devastating impact on urbanists—architects, developers, and planners went out of business in large numbers in 2008 and 2009. Yet the upheaval also brought opportunity and innovation along with other silver linings. The COVID-19 crisis will be similar, according to panelists on this week’s CNU webinar, On the Park Bench: A Public Square Conversation, which covered “Lessons from the (Last) Recession.” Real estate markets and communities will be affected in unpredictable ways—retail and office sectors are likely to be impacted, in addition to municipal finance.

“I think we are headed toward a difficult recession, especially in the planning and architecture fields,” says Kevin Klinkenberg, an architect and urban designer based in Kansas City. Such economic upheavals are a feature of life—Klinkenberg has lived through five stock market drops of 40 percent or more.

“Whenever you hit dark days, there are bright days ahead,” says Klinkenberg, whose design firm went out of business a decade ago after a good run in the early 2000s. The firm’s closure delivered a psychological blow—partly because Klinkenberg is invested in a mission to design and build walkable places. “I was able to rebound and find a new path for myself” within the field of urbanism, he says. “If, in the course of the next year or two, you find your life and career completely upended—there are ways to adapt and be successful and happy. We can take the passion we have as urbanists to deliver benefits to local communities.” In the last decade, he has transitioned to the nonprofit and economic development fields—in Savannah, Georgia, and now Kansas City.

Architect and developer Frank Starkey built two neighborhoods of a traditional neighborhood development (TND) called Longleaf in New Port Richey, Florida, by 2008. “When the hammers fell silent” over a five-year period, his company still retained a downtown area (see photo at top), including one mixed-use building that needed retail leasing. Starkey found himself running a coffee shop, an experience that was beneficial in dealing with retail tenants later. In that time, he considered going back into architecture or trying construction, but both sectors were dead. Instead, he lectured for a time at the University of Miami. “Putting together lectures was my opportunity download and debrief what I learned and experienced up to that point in career,” he says. “In a downturn, take whatever opportunities you can find and they will be valuable to you down the line.”

Sometimes having a small firm can be an advantage in a lean time, notes urban designer Mary Madden of Ferrell Madden. Her firm went from three to two people but was able to survive with the aid of personal belt-tightening. Adaptable professional skills helped. She and her partner Geoff Ferrell switched from doing mostly urban design work to form-based coding. Collaboration with other firms increased. One major benefit of the Great Recession: Madden became less of a workaholic and was able to achieve more work-life balance. “In difficult times, having a strong personal life is one of best stress relievers you can find.”

Important innovations and movements associated with New Urbanism—e.g. incremental development, Tactical Urbanism, Missing Middle, Lean Urbanism, and Strong Towns—came about in response to the Great Recession. Trained as an architect and urban designer, Joe Minicozzi of Urban3 began a new career “doing the math” for cities and towns to determine which development patterns are beneficial to municipal finance and resilience.This work helped to transform the way many cities see their downtowns relative to suburban commercial areas. Post-COVID-19, Minicozzi believes that an understanding of how building types impact municipal finance will be even more important. “All of the things we know as urbanists are still true and relevant,” he explains. “All of the suburban forms are massively subsidized. Cities will still see the financial benefits of urbanism.”

Minicozzi predicts that cities and towns that depend mostly on retail sales will feel an immediate impact. When people lose jobs, retail sales plummet. Communities that rely on land taxes will have relatively stable revenue—although real estate taxes may also feel the pinch if values decline in a recession.

Just as professional careers adapted, communities also must change as a result of financial (or health) calamities. Cities are making decisions today that never would have been possible a few months ago. To recover economically, they may adopt policies—like eliminating parking requirements or allowing accessory dwelling units—that will strengthen downtowns and neighborhoods. “This is a great opportunity to give our communities the tools they need to go forward,” Minicozzi says.

Madden notes that many cities are encouraging private-sector development to continue by categorizing construction as an “essential business.” Planning commissions are changing their rules to meet online. Communities want to retain a sense of normalcy, Klinkenberg says. “This will continue as long as there are resources and ability to do it. The virus will determine how long that lasts. If the crisis continues for a longer period, a lot of construction will go away for a while.”

In the last recession, the markets contracted geographically as well as economically, Starkey notes. The core of cities came back quicker, which may benefit urban retailers if this happens again. On the other hand, small homebuilders were wiped out by the 2008 real estate crash. National builders were calling the shots, and they doubled down on sprawl. Although national builders had experimented with TND prior to the recession, it became a “four-letter word,” Starkey says. In Longleaf, the challenge was to retain benefits of urbanism while dealing with national builders who wanted nothing to do with the concept. Starkey had to figure out what is the least that he could do to meet the principles of good urbanism. “This was a useful exercise,” he says. “It’s not as much about columns and details as it is about the platting of lots.”

In the current crisis, Klinkenberg worries about the impact on commercial real estate markets. “I fear that we will lose a terrible number of small businesses.” There may be changes in office markets as well, notes Madden. With offices workers at home working virtually, companies may realize that they can make do with far less office space—while having employees come in to work on a rotating basis. “With people commuting to offices only part of the week, that could have a very salubrious effect on neighborhoods,” Starkey says, “and it would have a great impact on peak hour transportation.”

Minicozzi notes that workers need the intellectual stimulation from coming into the office. “I don’t think industries will change that dramatically,” he says.

Everybody observes that families are out, walking and biking, far more in this stay-at-home period. “I hope they realize they can walk to all of these things that they never walked to before,” Madden says. “There are way more people with kids in the neighborhood than I ever realized. It makes my neighborhood feel livelier.”

“People are appreciating public space in way they never have before, and that’s a good thing,” adds Starkey.