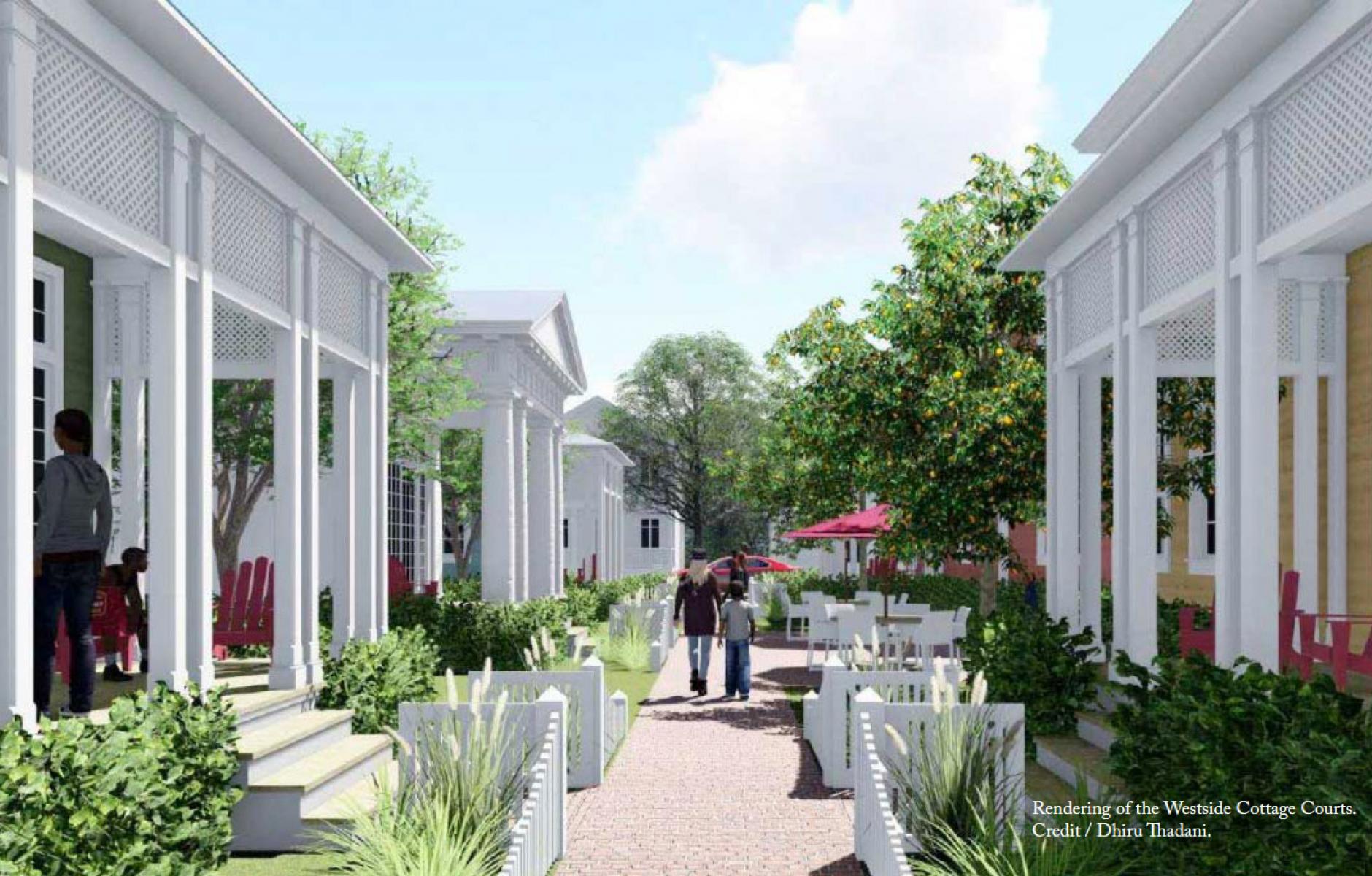 An initiative for Westside Atlanta—an area replete with civil rights history—combines new housing and public realm improvements with a wide range of social and philanthropic programs designed to help legacy residents to thrive while the area redevelops.
CNU STAFF   &nbspMAY. 29, 2019

Atlanta’s Historic Westside has a history rich with achievement and activism. The area is home to five Historically Black Colleges and Universities and Dr. Martin Luther King, Jr. lived there during the peak years of the Civil Rights Movement. The Historic Westside boasts many civic and cultural institutions important to the nation’s history.

Following the emancipation of African American slaves, these neighborhoods on the Westside of Atlanta represented one of the limited options for residency. Like many cities across the country, redlining and other deliberate discriminatory practices in the 1960s and 1970s continued to segregate this once thriving black community from the rest of downtown Atlanta, including the construction of a major freeway that now serves as the neighborhood’s eastern boundary. Severing the connections to downtown reduced the viability of these neighborhoods. Decades of disinvest­ment followed.

The Westside Atlanta Land Use Framework Plan, which was adopted by the city in 2017, is based on new urbanist principles and is one of many recent activities in Historic Westside that offer renewed hope for residents. A market study demonstrated the potential over the next five years for 150,000 square feet of retail and 3,250 residential units, including single-family houses, attached townhouses, condo­minium units, and rental apartments in mixed-use buildings. More than half of the units are proposed to be affordable—including 20 percent for residents with incomes from zero to 30 percent of area median income, subsidized by major public and private grants and donations.

This commitment to affordability becomes in­creasingly important as neighborhoods adjacent to the Historic Westside—including those along Atlanta's Beltline—continue to see rising prices, including a recent 12 percent jump in a single year. To counteract the financial burden of rising land values on legacy residents, a local nonprofit, the Westside Future Fund, is helping to ensure that long-time residents aren’t pushed out. The Westside Future Fund’s Anti-Displacement Tax Fund, a resident-driven outcome of the plan, is proof of that commitment. Through philanthropic donations, the fund is bridging the difference between current and rising property taxes so that as they rise, residents can afford to stay in their homes. “The long-time home­owners are the first ones you need to help,” explains City Commissioner Tim Keane. In addition, WFF has been raising philanthropic money to buy and redevel­op high-quality rental buildings.

WFF has also partnered with the City of Atlanta and national nonprofit organizations. Working with the City and the Trust for Public Land, WFF is support­ing the building of a new park system by refurbishing the existing infrastructure and building new parks of varying scales, with a goal that every Westside resident be within two blocks of a green space. Most notably, the $45 million, 16-acre Rodney Cook Sr. Park opened in May 2017, representing the largest investment in a public park in Historic Westside in more than 50 years. The park is designed to mitigate flooding in Vine City, honor Civil Rights and Native American leaders, and provide amenities such as an amphitheater, picnic pavilion, playground, perfor­mance plaza, and public art.

Through the support of several cross-sector partners, the revitalization of the Historic Westside has benefit­ed from several catalytic investments including a $30 million HUD Choice Neighborhood Grant delivered to the City of Atlanta to support the development of additional affordable housing. In 2013, the Arthur M. Blank Family Foundation also made a lead investment of $15 million as part of the Westside Neighborhood Prosperity Fund, followed by an additional $15 million commitment in 2017. The funds are helping to im­prove Westside neighborhoods, and training hundreds of residents in career-path jobs via Westside Works, which resulted in more than $12.1 million in wages earned by program graduates as calculated in 2018 by WFF. Additionally, the Chick-fil-A Foundation has contributed more than $40 million in funding to Westside organizations. In 2019, Chick-fil-A raised more than $5 million through the Beloved Benefit which will be donated to Westside-based nonprofit partners including the At-Promise Youth Center, Grove Park Foundation, Westside Works, City of Refuge and Westside Future Fund.