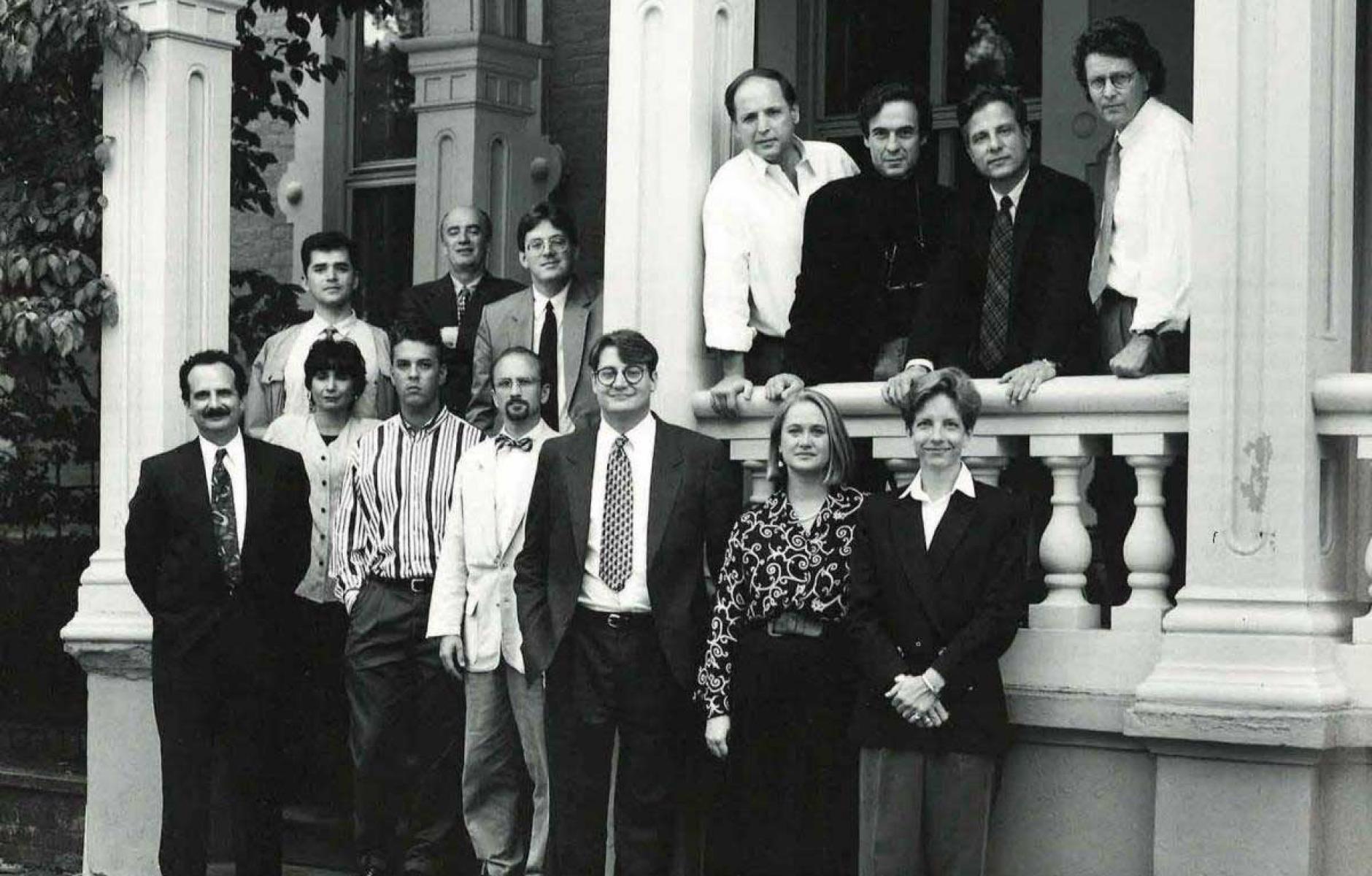 From Peter Katz's book The New Urbanism, founders and many of the leaders at the first CNU in Alexandria, Virginia in 1993. Photo by Adam Auel.
Design

A multidisciplinary group with potential influence on and understanding of the built environment, new urbanists were uniquely positioned to push back effectively against the status quo.
ROBERT STEUTEVILLE   &nbspNOV. 8, 2018

The late urban planner Hank Dittmar writes that he “perceived a dissonance between what [he] saw and liked in cities and landscape and what was being taught in school.” Everything that Dittmar loved about cities—mixed-use, walkability, fine-grain diversity of buildings, the network of small blocks and streets, the close relationship of building to the public realm—was denied by prevailing theories, practices, and policies. That dissonance led him into a long career contributing theoretically and practically to Great Ideas of the New Urbanism such as Transit-Oriented Development and Lean Urbanism.

The New Urbanism and its ideas respond to that dissonance that many planners, architects, and developers perceived. I authored a book this year, published by CNU, on 25 Great Ideas of the New Urbanism, available for free download. There are more than 25 Great Ideas, but this book covered the most significant ones. And it marks an anniversary—it has been a quarter century since 1993, when the first Congress for the New Urbanism was convened in Alexandria, Virginia.

Why did new urbanists, and no other group, generate and implement these ideas? New urbanists weren’t the only ones to sense that dissonance. Jane Jacobs and Christopher Alexander were the most important theorists to brilliantly analyze and articulate the flaws of modernist planning in the 1960s. More than anyone else, Jacobs put the brakes on urban renewal and in-city highways, two policies that decimated traditional cities. Alexander began to point the way to more human-scale design and architecture.

Despite Jacobs and Alexander, conventional suburban design—also known as sprawl—was just getting started and was instrumental in the decanting of cities in the 1970s and 1980s. The new urbanists learned from theorists like Jacobs and Alexander, but noticed that nobody was offering an alternative to sprawl. Three factors allowed new urbanists to tackle the issue, according to Nathan Norris of the CityBuilding Exchange:

Nathan is right, but why did the institutions fail to address sprawl? I think the answer lies in complex changes to the operating systems of land use planning and development, each of which required multiple responses. The problem had to be addressed from many angles, hence the need for a multitude of ideas. The complex changes that led to sprawl included:

These multiple, hidden systems created cognitive walls that most people could not get their minds around. New urbanists not only had to address each of these problems, but also had to get people to see that other ways to build communities were possible and to act on that understanding.

In response, the 25 Great Ideas of the New Urbanism are both ambitious and practical, as the last quarter century has proven. Somebody had to take on sprawl. A multidisciplinary group with potential influence and understanding of the built environment, new urbanists were uniquely positioned to push back effectively against the status quo.