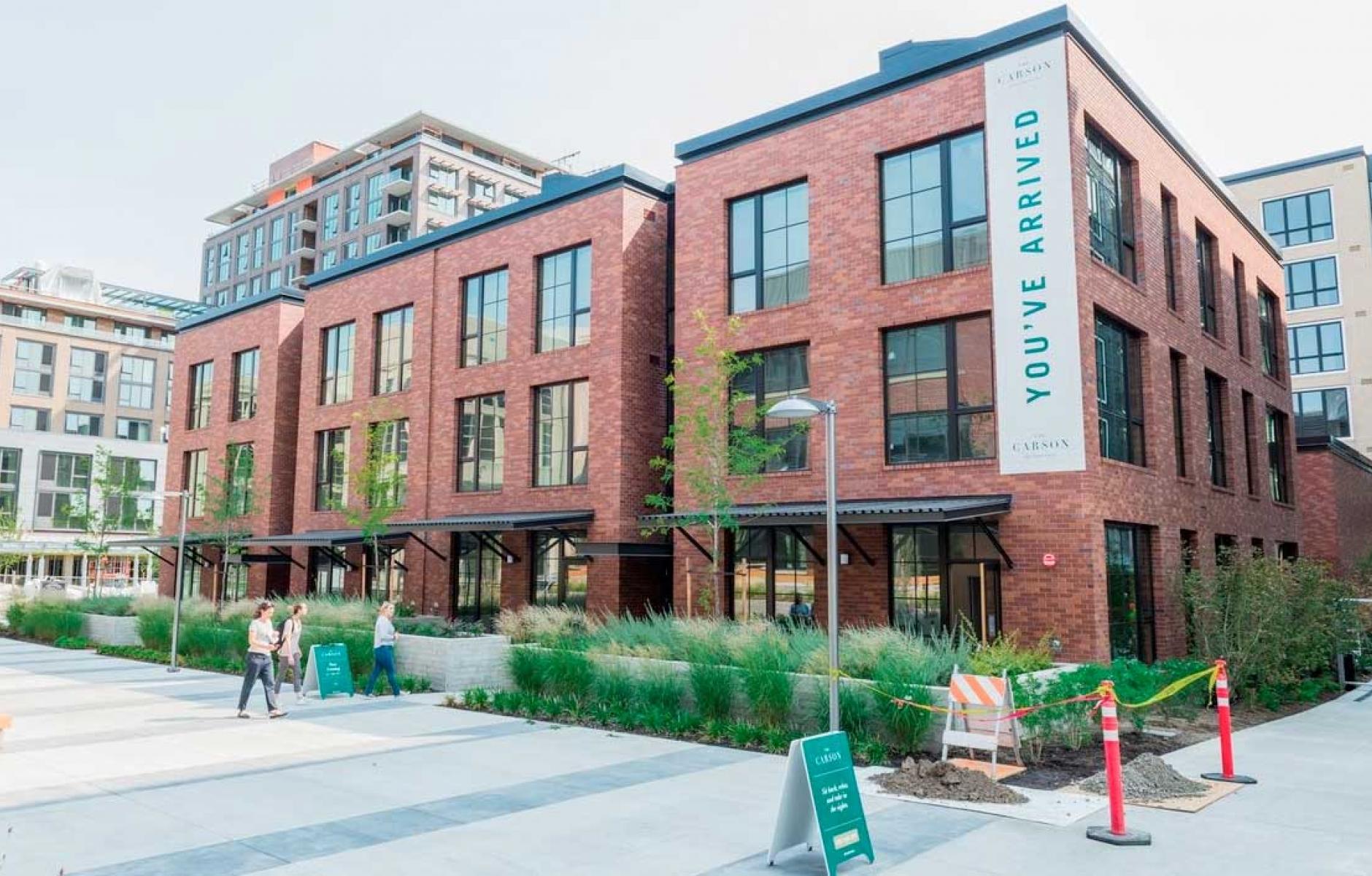 As cities boom, rental rates are easing due to supply.
ROBERT STEUTEVILLE   &nbspAUG. 29, 2018

Despite traditional cities growing at rates unlike anything they have seen since the middle of the 20th Century—urban rents are surprisingly under control nationwide, according to a recent Apartment List survey of rental rates in the 25 biggest cities.

The findings of the survey put media reports of out-of-control rents into perspective. In major cities, rent increases are now well under the rate of inflation, which itself was low (2.1 percent) in the last year. In 22 of the cities, rent increases were below the inflation rate from 2017 to 2018. Rents declined in seven cities—including Portland, Seattle, and Washington DC, all of which are experiencing double-digit growth this decade.

All of these cities have building booms in rental housing, which appear to be putting a damper on rising rental rates. The new construction has been gathering steam in the last few years, driven by strong demand for urban housing. Policy changes such as reduction or elimination of minimum parking requirements is helping in some cities. Also, form-based codes correlate with high growth and minimal price increases.

Rental increases have outpaced inflation over the last two decades—so the sense that "the rent is too damn high" is understandable. And rents in some cities—especially San Francisco and New York City—are sky high. But these cities are outliers. Worries that the rest of the nation is going the way of Frisco and the Big Apple appear to be overblown.

The median rental rate for all of these cities is around $1,000/month for a one-bedroom apartment (12 of the cities were below that level, 13 above).

These are market-rate rents, and they do not include subsidized or rent-controlled units, or public housing—all of which provide affordable housing outside of the constraints of the market.

San Francisco and New York City are the densest big cities in the nation, at historic highs of population. Neither city has grown geographically over the last 100 years. Both cities are notoriously difficult and expensive places to build. But rent increases in these cities have been very small since 2015.

Atlanta is booming this decade, with a 15.8 percent population increase since 2010, but it is also getting a lot of new rental supply. Atlanta's median market-rate rent for a 1 bedroom is $1,008, right around the middle for major cities. Last year Atlanta's rent went up 2 percent.

Portland, Oregon, adopted form coding in 2005 for major development areas including "city centers along transit corridors, Mixed-Use Projects, Pedestrian Districts.” Portland is growing at 11 percent this decade while its median one-bedroom is $1,128, a rate that dropped 2.2 percent in the last year and only rose 0.4 percent the year before. Philadelphia has adopted form standards for significant parts of the city and reduced off-street parking requirements since 2012, and is growing substantially this decade for the first time since the 1940s (3.6 percent). Philadelphia has a median one-bedroom rate of $961, rising at only 1.2 percent. Atlanta—see above for its performance—has adopted form-based codes in sections of the city.

Form-based codes are designed to offer a clear path to development that supports walkability and mixed-use neighborhoods. How they are written varies and they are subject to political compromise—like all codes.

In many cities, substandard housing is a bigger concern than the rental rates. The figures include a lot of units in old buildings in low-value parts of town that have seen little maintenance for decades. Such units help to maintain a supply of cheap housing. The challenge is how to bring more of these units up to a higher standard while keeping rental increases to a minimum.

The New York Times recently published a piece The Bipartisan Cry of 'Not in My Backyard,' reporting on opposition from across the political spectrum to higher-density housing:

"Ben Carson, the secretary of the Department of Housing and Urban Development, wants to spur construction of mixed-income, multifamily housing all over the country. If we had more of it, he argues, homes would be affordable to more families, and they’d have more options of where to live.

"He is probably right. But the kind of housing he describes is impractical, illegal or too costly to build in much of the United States today, in suburbs and big cities alike. Blocking it are: zoning rules that allow only single-family homes; laws that dictate the size of yards; elaborate permits that drive up development costs; and rules that grant neighbors a veto over what is built."

The author, Emily Badger, is pessimistic. "The instinct to protect property values may be too deeply ingrained in America to change.," she writes.

Yet the damper on rental prices related to construction is reason for optimism. Concepts like "missing middle housing," which advocates for low-rise density that fits into neighborhoods, incremental development by small builders, accessory dwelling units, and the elimination of parking requirements all are key to breaking through that political divide and minimizing urban housing cost increases. Good design that promotes buildings fitting into neighborhoods is a necessary part of winning over NIMBY (Not in My Back Yard) opposition. Another key is a growing YIMBY movement, which pushes against the NIMBY opposition.

The good news is that adding to housing supply to cities is having an impact.