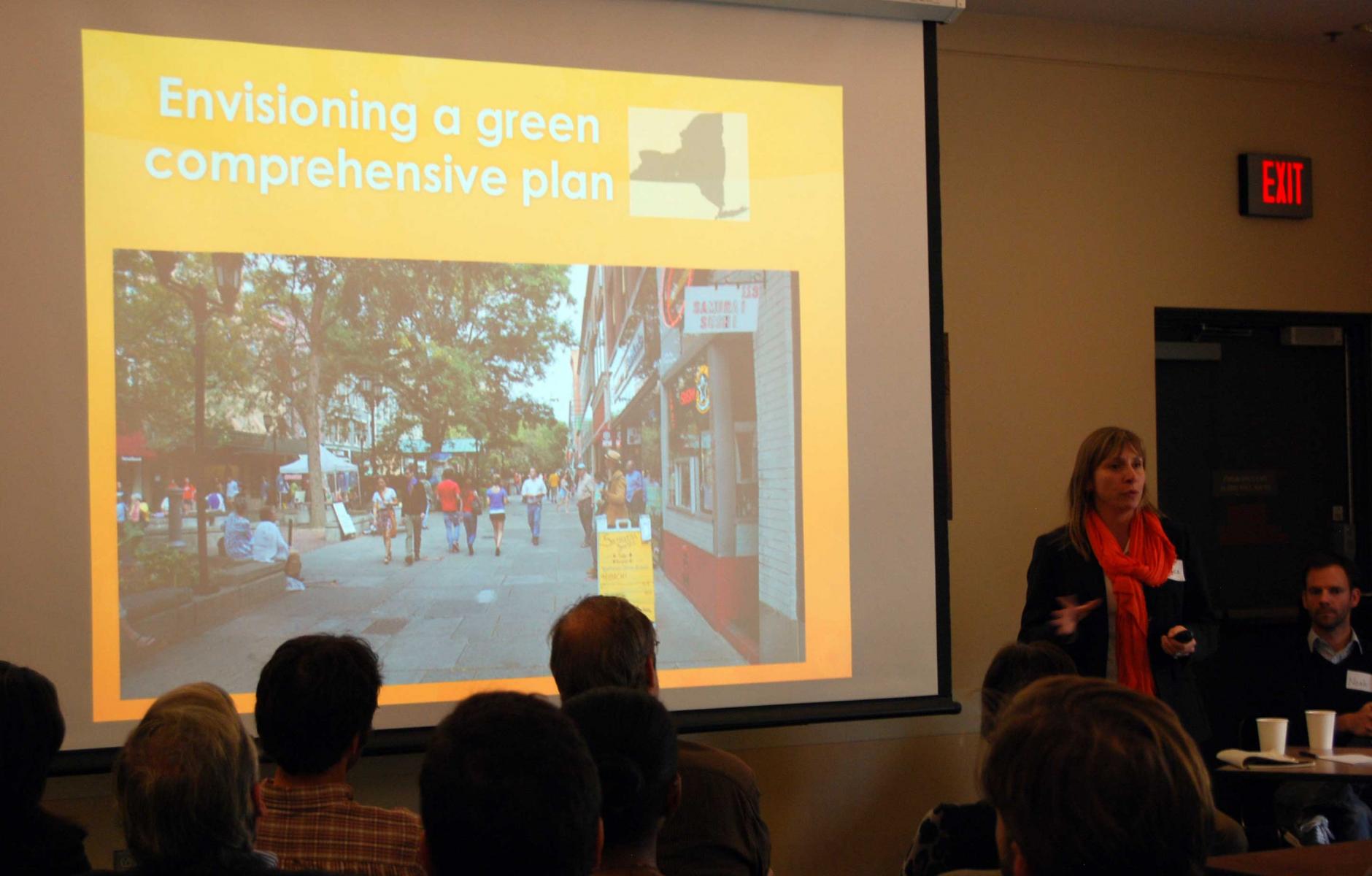 Making the case for New Urbanism

Here are some ideas on telling the story of why walkable urbanism matters—from your perspective to a particular audience.
ROBERT STEUTEVILLE   &nbspJUL. 9, 2018

New Urbanism is more than design and building, it also hinges on effective communications. Revitalizing a downtown, building a mixed-use neighborhood, or reforming zoning codes, for example, call for public support and approval. How you make the case for change is unique to you, but here are some approaches that may work.

Changing demographics and markets support the case for New Urbanism. In the book Street Smart (2015), author and transportation engineer Sam Schwartz notes: “Whenever I meet civic leaders in transit-poor cities and suburbs, I tell them, ‘If you don’t want to lose your children, invest in transportation that doesn’t depend on the automobile. Build walkable town centers.’ That has been my most effective line in getting hard-core drivers to sit up and listen.”

Urbanist David Dixon of Stantec is a champion for changing the suburbs, which need land-use reform to meet changing demographics and markets. Rather than put suburbanites on the defensive, Dixon likes to tell them that their communities can make necessary changes without harming a blade of grass on a single lawn. In the Bridge Street District of Dublin, Ohio, Dixon's team helped paint a picture for the community of a walkable town center "not as undoing Dublin’s suburban character but adding a new layer to it,” according to the book Suburban Remix.

At the most basic level, the message can take the form of an “elevator pitch,” which can be stated in just a few seconds—the time it takes an elevator to go up or down a few floors. The New Urbanism is about “building sustainable places where people love to walk, like [name a beautiful nearby old neighborhood],” is one example. The next level up in detail is a public presentation or published article. Guidelines for successful communications include:

People are suspicious of change, so they need a story or explanation why walkable neighborhoods and centers will make their communities and lives better. Communities need both private life and public life, and mixed-use neighborhoods provide both. Automobile-oriented development patterns offer privacy and seclusion, but little street life and sense of community. The latter approach may have made sense in the 1950s when people were looking to escape from industrial cities, but not today when growing numbers of people are seeking the unique characteristics of complete communities.

The narratives of New Urbanism often reference key historical points, such as: Walkable neighborhoods were used for thousands of years, but in the middle of the 20th Century many zoning codes made them illegal to build. Top-down investments were made in automobile-oriented roads from coast to coast. Cities lost population. In the last two decades, traditional neighborhoods have made a huge comeback—prompting officials to revisit their codes and street design standards. It is usually best to keep the history short, as many people are familiar with some aspects of this story. Yet it may help answer basic questions, such as "Why does my neighborhood look the way it does?" and "Why should we change policies that were established decades ago?"

The listener may need a gateway to the discussion, and that’s where the term "Missing Middle" is effective. Missing Middle offers a way to talk about providing walkable urban housing without increasing the height and perceived density of a city, suburb, or town. "I think missing middle housing has really caught on because it's a way for people to talk about how to keep their neighborhoods and make them better," says Dan Parolek, principal of Opticos Design, who coined the phrase.

Without overwhelming the audience in detail, give a sense that theory, observation, and/or research back up what you are saying. This is not about convincing the listeners with numbers or academic discourse, but letting them know how you know. That goal may be helped by telling the listeners what they intuitively know, but haven’t thought about thoroughly. They know that walkable neighborhoods are often desirable, unique in character, and have stood the test of time. You can fill in the blanks for the audience as to why this is true.

Speaking of intuitive understanding, many people have the impression that conventional suburbs are cookie-cutter places, whereas walkable neighborhoods are distinct. There is something real behind the impression, and it has to do with separation of uses. If a road is lined by mostly national chain stores and parking lots, it will look like every other road lined by such stores. But a mixed-use neighborhood can be assembled in infinite ways. That's what makes it unique.

For some audiences, particularly elected and other public officials, highlighting economic benefits is helpful. When you do the math, the advantages of mixed-use urbanism are obvious, says Joe Minicozzi, who uses economic data to visualize the impact of policy on community design. The advantages to people in terms of health, safety, and welfare are also paramount. For example, an $11.5 million redo of a main street in Lancaster, California, generated $282 million in economic activity and cut injury crashes in half.

Brilliant communicators of the New Urbanism know how to touch the audience deeply, drawing an emotional response. Former Mayor Joe Riley, who held office in Charleston, South Carolina, for 40 years, could lay claim to being the most successful urbanist politician in modern US history. While Riley pays attention to the smallest urban details, his message focuses on opportunity and on letting everyone know that he cares about them. He's a master storyteller who makes the audience feel how the built environment helps or hurts specific individuals.

Mayor Riley developed his own style, and so can you. Walkable neighborhoods have been around long before anyone living today was born, and they will be here long after we are gone. We can help people to understand how the form of community matters by reaching out with language that is clear and focused on what is important to the audience.