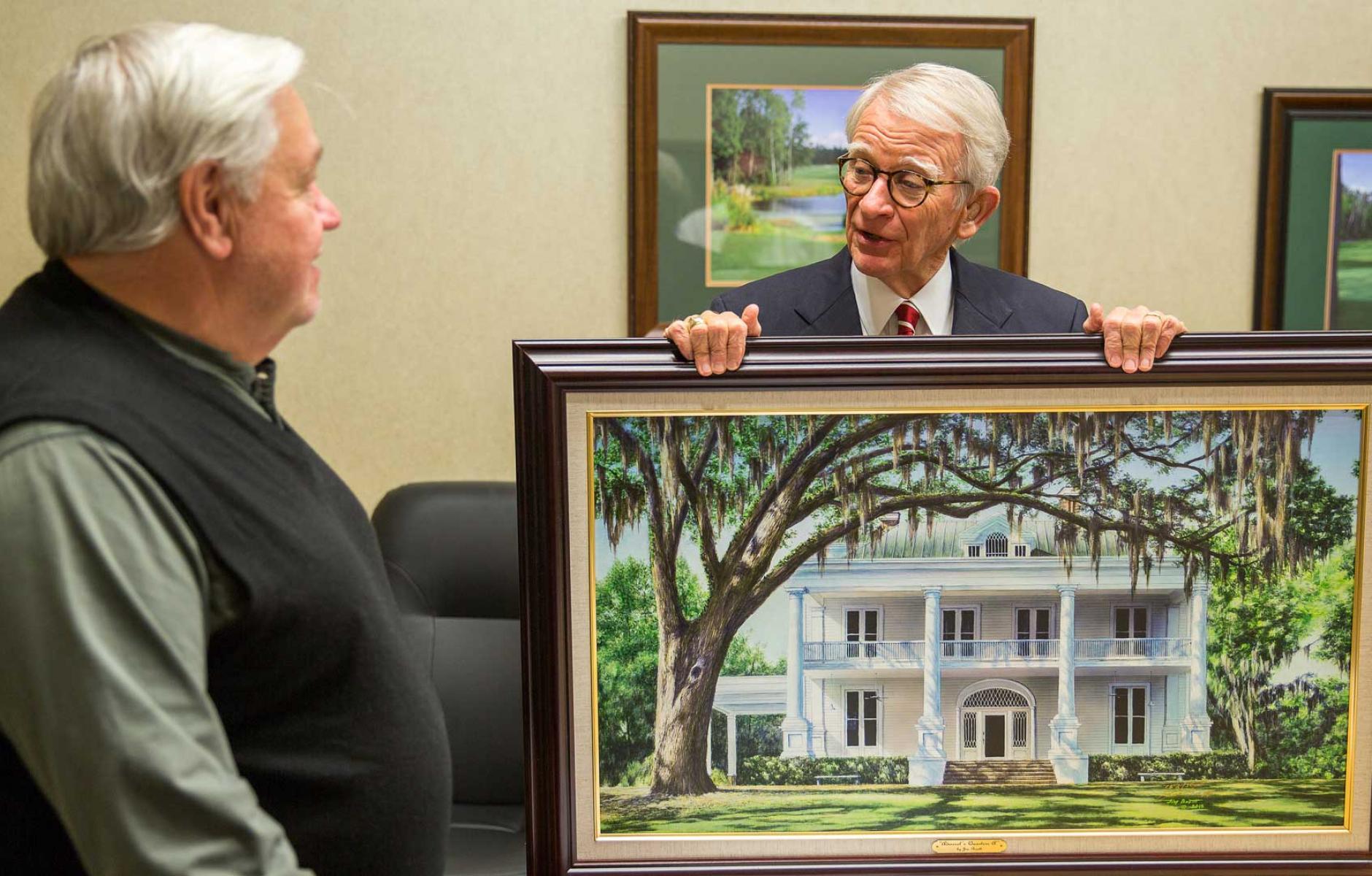 A great city is a just city

The most successful new urbanist politician ever gave CNU attendees a role model for how to transform cities, how to care about character and beauty, and why urbanism is most important for those with the least money and privilege. Joe Riley was the keynote speaker at the opening of CNU 24 in Detroit.

Riley was the mayor of Charleston, South Carolina, from 1975 to his retirement at the beginning of this year. Consistently re-elected by huge margins, the New York Times described him as one of the most beloved politicians in modern American history.

He won the Seaside Prize in 1997 and last night was named a Fellow of the Congress of the New Urbanism. Riley brought the audience to tears when he last spoke to CNU twenty years ago—and he did it again last night. CNU cofounder Andres Duany was choked up when he attached the coveted Fellows pin.

Riley is an ardent preservationist—for the sake of the buildings themselves but also for how they contribute to streets and neighborhoods and the character of the city. He focuses on the details of architecture, parks, sidewalks, streets, and trees. He was willing to challenge his technical experts on these subjects and go the mat for principles that he holds dear. Most politicians would be afraid to do this. They would fear that they would look like fools and their popularity would suffer.

Joe Riley proves that as mayor you can politely contradict the building code inspectors, the planners, the engineers, and the architects—and still be the most popular mayor in modern American history.

Charleston is now a successful, booming, and diverse city, one that is a major tourist destination—but it wasn’t always so. The Charleston that Riley began to lead in 1975 had a crumbling downtown and neighborhoods, high crime, and an unresolved legacy of racism.

Riley began, immediately, by figuratively “expanding the table” and giving the new seats to African Americans, who had historically been shut out of the decision-making process. He also focused attention on the poor neighborhoods. “A great city first needs to be a just city,” he says.

Unlike most politicians of his era, Riley saw the monolithic 1960s public housing projects as a crazy way to build housing for the poor. “We are not going to do this anymore,” he said at the time, and he instead proposed scattered-site public housing on vacant lots throughout the city. He received a lot of angry pushback, but persevered. And he made the new housing beautiful, indistinguishable from the historic homes nearby. “It didn’t cost us any more money than the ugly stuff,” he says. In some cases, public housing helped to revitalize neighborhoods.

Riley’s efforts pioneered an approach to public housing that was eventually adopted nationwide with the new urbanist-designed HOPE VI program. The core principles are that public housing should look like other housing, is integrated into neighborhoods, and income levels are mixed.

Riley described how he brought back King Street, Charleston’s main street, one building at a time. He got the city to restore buildings in neighborhoods—especially corner buildings—that the experts said could not be saved. “If we had let that building go, the corner would have been lost, and corners are so important,” he says, speaking of one such example.

Riley would fight for details like sidewalk width, doing battle with his own department heads, so that a single line of storefronts on one street could be built properly. His public works people explained, “mayor, if you widen that sidewalk, we will have to narrow the street”—as if this didn't occur to Riley.

His deadpan response: “I was pretty good at math in school.”

They explained that the street could not be narrowed because if a beer truck parked illegally, and a Greyhound bus passed by, their mirrors would collide. Riley told his people not to let the beer truck park there. The beautiful storefront was built.

“That extra two feet makes all of the difference,” he says. “The question is: how does a mother feel walking down the street holding the hand of her child?”

He added: “We sell more beer in Charleston than ever before.”

Riley is a model of how to be a successful urbanist politician and how to talk about urbanism. Architects, planners, activists, developers, engineers, and public officials too often talks about walkability and mixed-use in the abstract. Riley speaks in terms of the effect on a single person that the audience cares about.

Riley recalled building a park on the waterfront—one that was designed without a railing so that a person could dangle their feet over the retaining wall and look out across the sea. Clarence Hopkins, an epileptic who rode a bicycle to his job sweeping floors, was one such person. One morning, not long after the wall was built, Riley noticed Clarence sitting just so. “Why do you come here?” Riley asked. “Because it is so beautiful,” Hopkins told the mayor. “I love it when the sun is coming up and you can see the ships coming in.”

“Clarence had never seen the Great Lakes, or the purple mountains’ majesty. All he had was the city. Not long after, he had a stroke from which he never recovered. When we dedicated the park, I insisted on bringing him to the ceremony in a wheelchair with his family. They thought it odd that we made such a fuss and insisted that Clarence be there. I didn’t single him out and embarrass him. But I wanted Clarence to be in the front row to remind us about why we built the park—so someone like him can begin his day in a public place and clothe himself in peace and beauty.”

That is how to talk about urbanism. That is why we do what we do.

Also addressing the largest opening crowd in CNU history was Detroit mayor Mike Duggan, who received a standing ovation for his forceful speech on how to bring back a city that has been in decline since the 1950s. "The population of Detroit has dropped every year I was alive," said the 57-year-old Detroit native. "Until this year. The city of Detroit has turned the corner."