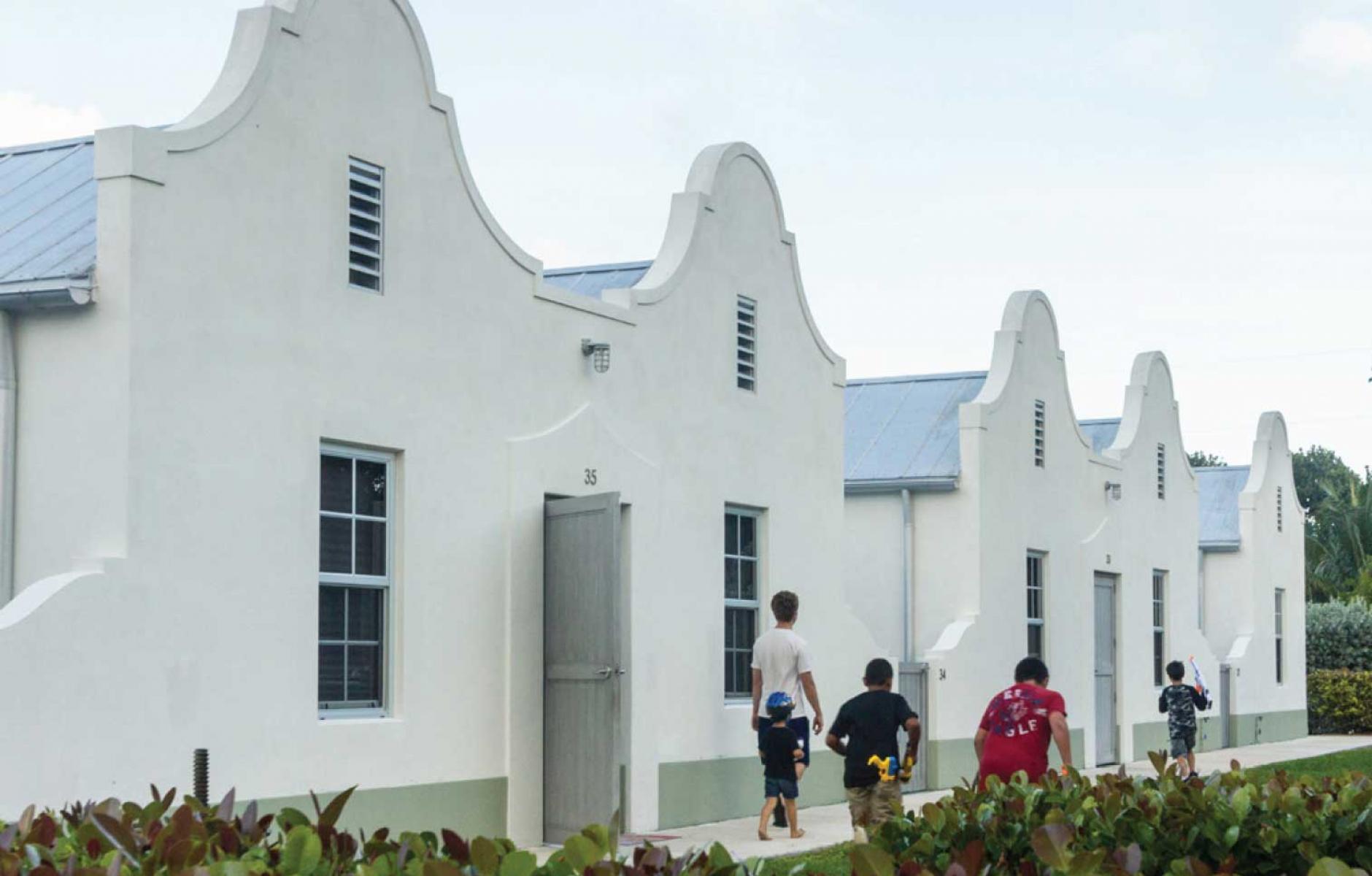 Blue Water workforce housing on Tavernier Key, Florida, created a system that of density that fits into the surrounding one- and two-story fabric.
ROBERT STEUTEVILLE   &nbspAUG. 10, 2017

Dignified affordable housing that matches the quality and character of market-rate housing—without breaking the bank—is desperately needed across America. One of the most acute shortages is found in the Florida Keys, where restrictive growth management has resulted in very few affordable units being built despite a strong need. The keys’ limited supply of land creates demand for density, which clashes with the low-rise scale of its typical single-story buildings—requiring sophisticated design solutions.

Using a patented system of interlocking single-story courtyard homes, the 36-unit Blue Water provides a compact, durable, and fully accessible alternative for low income housing tax-credit units, with rents ranging from $556 (one bedroom) to $1,143 (four-bedrooms). At 13 units per acre, Blue Water is the “missing middle” of housing density, able to fit comfortably in a neighborhood of single homes.

Only three individual concrete-pad foundations were used, reducing construction costs to $109 per square foot. Even at this cost, the rhythm of the carefully composed facades gives each home a sense of individuality.

The 2.7-acre plan includes usable community spaces, such as a triangular green on the north side that doubles as a stormwater retention basin in heavy rains. Even the modest central parking lot has the feel of an outdoor room that is bounded on four sides by residential units.

The design, by DPZ Partners,  contributes to community surveillance and livability. “I feel totally safe letting my kids play outside,” notes a resident. “It is so easy to watch them out the window.” A community building with laundry, mailboxes, library/computer lab and an ample porch with benches and plaza serves as social a hub for residents.

The surrounding community was initially suspicious and even hostile to the new neighbors—but attitudes changed as the project took shape, says architect Eduardo Pardo Fernandez. “As the project went from conception to reality, it was interesting to witness the evolution of neighborhood opinion. Initial ‘fear of the other’ and concern about lower-income, mostly migrant renters bringing real estate values down became admiration for the dignified housing that emerged—superior in quality to many surrounding houses, and the realization that the new residents—teachers, restaurant and hotel wait staff, and service workers—were merely those individuals who make the local economy run.”

The project won a 2017 Charter Award from the Congress for the New Urbanism. 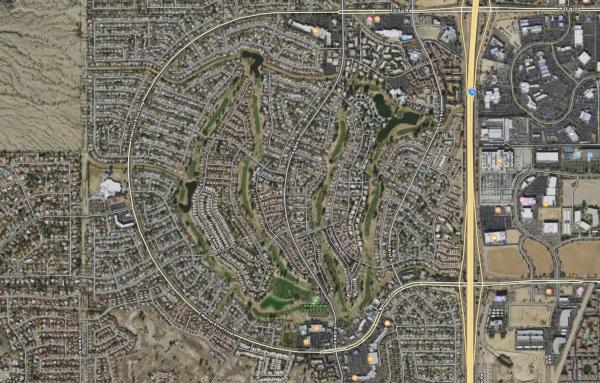 Failing golf communities not on par with neighborhoods 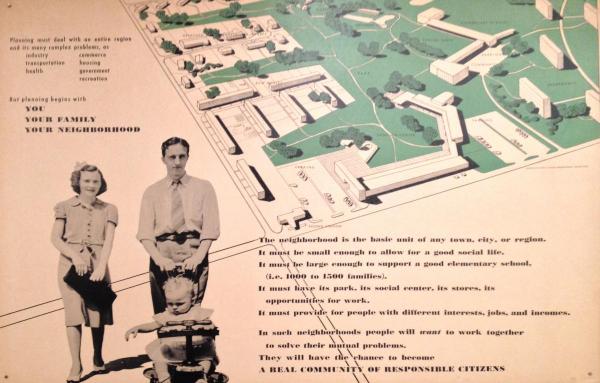