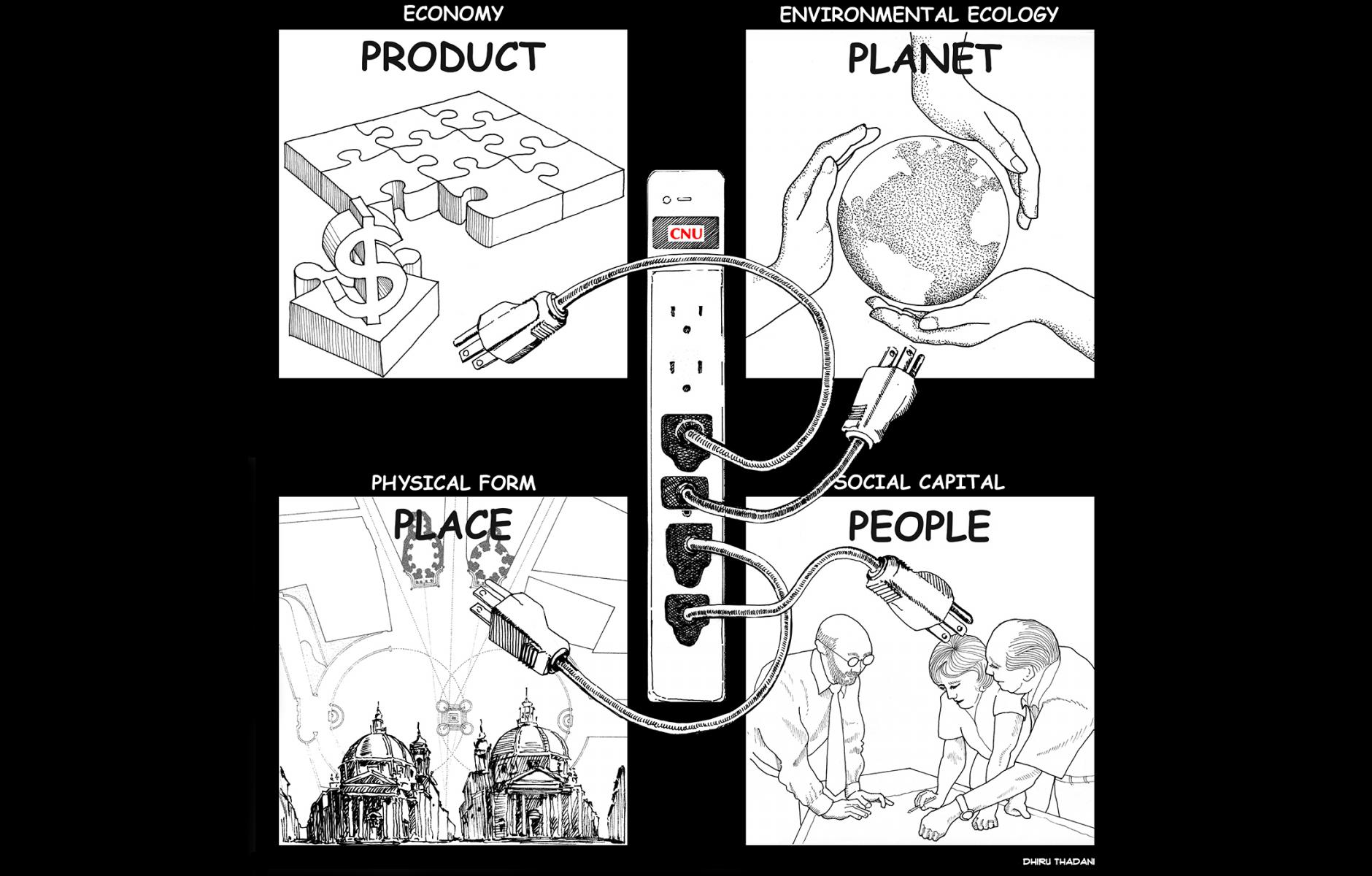 DHIRU THADANI   &nbspMAR. 17, 2017
“We know what the appliance is….
now we need to find plugs to connect it to the existing power grids.”

Since its inception, the Congress for the New Urbanism and its members have in fact been making the plugs to connect to the existing power grids. It started with placemaking by resurrecting the elements of traditional neighborhood design and transit oriented developments, which led to the transformation of zoning codes, the transect, and form-based coding.

Planning officials were engaged and educated on the benefits of mixed-use versus single-use pods. Transportation and traffic engineers were introduced to the importance of the thoroughfare being a part of the public realm and that streets were more than a raceway for moving cars.

Developers, financiers, and builders were brought into the fold to understand the mechanics of making the product, and how it could be improved. Information was shared, and developers and regulators were offered training to help create better environments for future generations.

The future of the planet was tackled by engaging the environmental movement and incorporating their concerns, which made way for spin-offs such as smart growth and conservation commissions.

People have always been key to the CNU movement, with charrettes and workshop becoming primary forms of public engagement. Public health soon became a proponent of new urbanism, once the data and correlations between the built environment and health were made available.

All New Urbanists share the conviction that our physical environment has a direct impact on our chances for happy, prosperous lives. We are professionals, leaders, advocates, citizens, and other like-minded organizations working to identify and address the range of issues impeding the development and redevelopment of well-designed neighborhoods, public places, commercial corridors and rural environments.

CNU works to unite that movement as a connector, convener, alliance builder, and teaching platform. The staff, members, partners, and allies are leaders on building better places, and CNU helps bring them together.

Whether recognized or not by external organizations, the Congress for the New Urbanism and its members have a lot to be proud of as we prepare to meet in Seattle for the 25th congress.