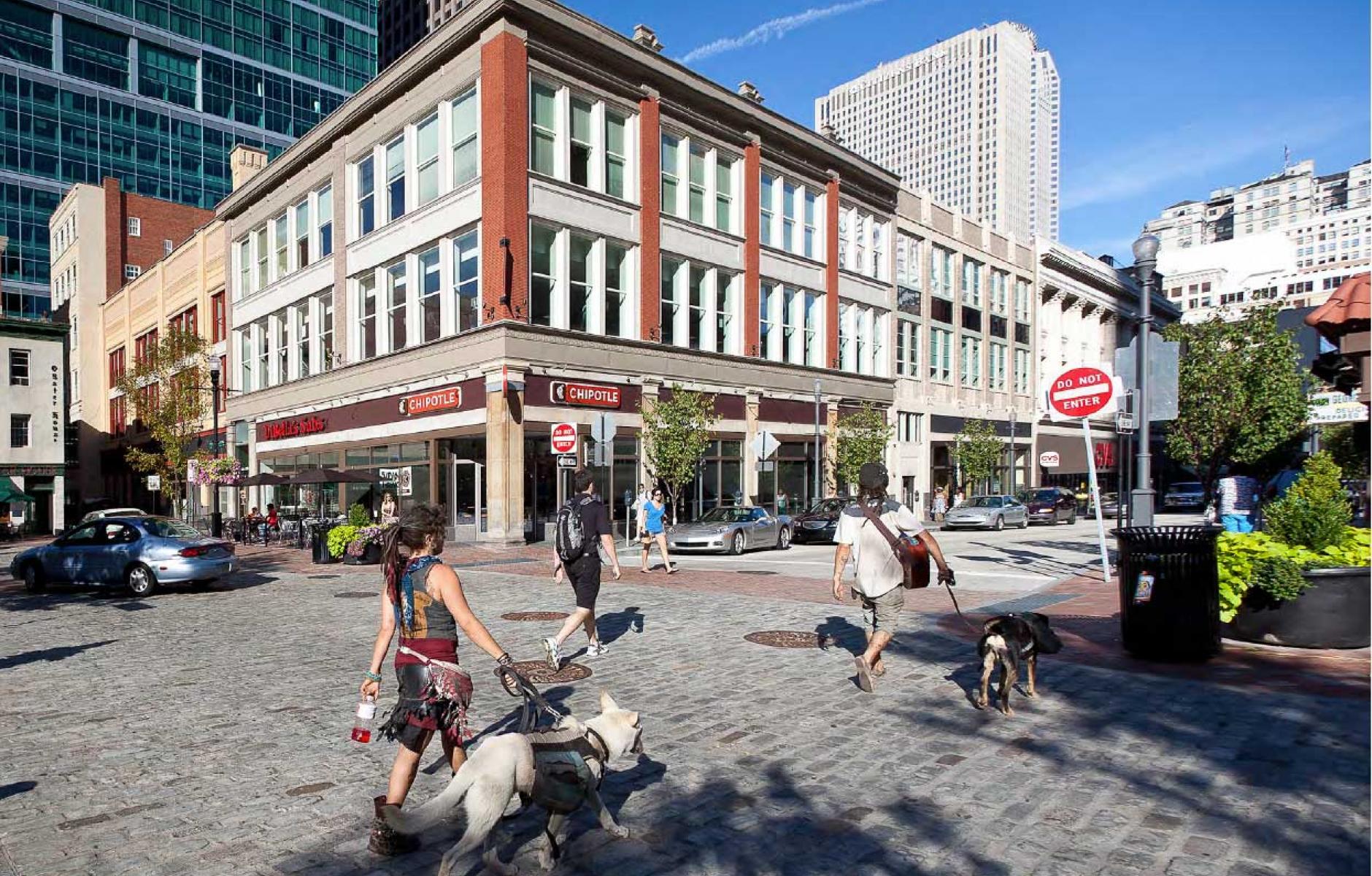 A "new analytic framework" by the Urban Land Institute ignores walkability and sets back our understanding of cities and suburbs.
ROBERT STEUTEVILLE   &nbspDEC. 14, 2016

ULI released a report this month, Housing in the Evolving American Suburb, which found that suburbs are grabbing more than 90 percent of metropolitan growth. The report is based on a "new analytic framework" to parse what is urban and what is suburban. ULI's sorting system is often hard to understand. Queens, New York, laid out on an urban grid with more than 21,000 people per square mile, is mostly a suburb, ULI says. San Jose, California, with one-quarter the density and dominated by winding, suburban subdivisions, is classified as mostly "urban." I doubt that anyone is moving from San Jose to Queens to escape urban living.

That suburbs are grabbing the lion's share of growth does not trouble me—I wish only the best for the suburbs. It is also true that what is "urban" and what is "suburban" (i.e. less than urban) does not line up well with municipal boundaries—ULI deserves credit for seeking a more nuanced definition. Rather, I'm concerned that this report sets back our understanding of urban places and ignores important factors in real estate today. Here are five areas where ULI misses the mark.

Walkability is nowhere taken into account in this report's complicated sorting of urbanism. Whether deliberate or not, this is a head-scratching oversight. Walkability is central to what defines urban neighborhoods and it may be the most important factor, from a market point of view, in real estate today.

Construction for automotive travel has defined conventional suburban development for more than six decades, and a desire of walkability is driving a resurgence in mixed-use neighborhoods. Walkable places are not necessarily high density, although they do tend to be more compact. They may include substantial single-family housing, and they may be far from the city center. They are comprised by mixed-use neighborhoods with connected networks of streets.

The website Walk Score is fairly good at sorting urban environments. Places with a Walk Score above 90, labeled as "walker's paradise," invariably display an intensely urban character. This neighborhood, shown below, in northeast Chicago, gets a Walk Score of 92. Yet ULI's report labels it "suburban."

Suburbs, broadly speaking, have always included some urbanism—in the form of cities and towns and older neighborhoods, often served by rail transit. Newer, automobile-oriented suburbs washed over and around pre-existing walkable places. Now, many suburbs are seeking to enhance their walkability, placemaking, and multimodal access. This report fails to shed light on that trend.

Walkability is not a 'luxury good'

ULI hints at why walkability is ignored. In passing, the authors cite the high price premiums that have been found by Christopher Leinberger and Michael Rodriguez for walkable urban development. "As a result, 'walkable urbanism' has become somewhat of a luxury good that many households will not be able to afford, or might afford only by sacrificing too much in terms of unit size, housing type preference (e.g., desire for a single-family home that they can afford only in a more conventional suburban area), or perhaps safety or school quality," says ULI. That is true of some households, and the reverse is also true: A drive-only, large-lot house in the suburbs, with better schools, may be unaffordable to a family that doesn't want to give up advantages of urban neighborhoods.

But what about the "luxury good" claim? Rodriguez and Leinberger's work focuses on commercial development in "regionally significant" urban centers. Businesses pay more for walkable office space because they want the benefits of attracting talented workers, for example. But that finding, in isolation, misses two key factors: Most urbanites live in local-serving neighborhoods—and housing costs are only half of the equation. As the Center for Neighborhood Technology (CNT) has proven, transportation costs are key.

Traditional cities are very close to sprawling cities in median household income, but traditional cities have a higher poverty rate. So how could a thing that reduces cost and appeals to the poor be dismissed as a luxury good, available to only the privileged few? ULI is on the wrong track here. Educated millennials are flocking to urban places for many reasons, but one is that many can't afford expensive car payments of the distant suburbs.

Walkability is not a luxury good, but one that is vital to health, safety, and welfare. An analytic framework that ignores walkability is a step backward.

Single-family houses do not equal suburbs

Yet nearly two-thirds of America's densest, most historic, most urban cities exceed the 30 percent standard for single-family detached housing. These cities include Cleveland, Oakland, Minneapolis, Seattle, New Orleans, St. Paul, Buffalo, and Pittsburgh. Much historic fabric in these cities is labeled "suburban" by ULI, and, as a result, "urban" areas are shrunk to less than 1 percent of land in nearly half of the metro regions studied by ULI. That includes Chicago, a region in the top tier of walkable urbanism. Foot Traffic Ahead measured walkable urbanism in metro areas nationwide and put the range at 4 to 8 percent—that's not terribly high but it exceeds ULI's "urban" calculation by a factor of five or six.

US cities always had substantial single-family detached houses. Walkability, human-scale, and diversity define urban places—not the lack of single-family housing. This conflation leads to weird outcomes. Baltimore, which largely consists of rowhouses, is considered almost entirely urban, but Seattle, with greater density than Baltimore and also laid out in an urban grid, is mostly "suburban."

A place can be fully urban and still contain lots of single-family housing. To say otherwise diminishes our understanding of "urban."

Miles from the principal downtown does not determine urbanism

Distance from a city center is also used in this report as a criteria to determine what is urban. This is a mistake, because it has little to do with urban character. A walkable, mixed-use, diverse neighborhood is urban in character. Such a neighborhood could be next to downtown or 10 miles away. Many suburbs have such neighborhoods and they are decidedly urban. ULI obscures this important factor by failing to take walkability into account and instead looking at how far a neighborhood is from the downtown's tallest buildings.

Too little attention is paid to recent trends

The last decade and a half includes two distinct real-estate eras: The run-up to the cataclysmic housing crash, and the years since the crash. The crash changed the real estate industry: Walkable urban places have seen a larger share of development since 2008. ULI plays down that shift by looking at a 15-year period that is approximately half pre-crash and half post-crash. Says ULI: From 2000 to 2015, suburban areas accounted for 91 percent of population growth and 84 percent of household growth in the top 50 metro areas.

Here's what economist Joe Cortright at Urban Observatory had to say: "The ULI report treats the entire period 2000 to 2015 as if it were a single phase or cycle. But for anyone who has been paying attention to housing markets, or indeed, the overall economy, this period is really breaks down into two very different cycles. The first, from 2000 to about 2007, corresponded to the expansion of the housing bubble, which resulted chiefly in the construction of lots of suburban and exurban single family homes.  The second half, from 2008 through 2015, corresponds to the Great Recession and the slow recovery, a period during which single family, suburban housing has languished, and nearly all of the action in housing markets has been in multi-family units, and chiefly apartments in urban locations. Conflating those two distinct periods overstates the growth of suburbs and understates the rebound in cities."

ULI's "new analytic framework" ignores the work that New Urbanism has done over the last 30 years educating the public about walkable neighborhoods and how they differ from conventional suburban development. Walkable neighborhoods can be found inside and outside of principal cities. They are a key factor determining what is "sub"—i.e. less than—urban, and what is fully urban.

The report shrinks urban territory and mislabels some of it "suburban." For fans of diverse urban places, this is a problem. Urbanism is about more than density and multifamily housing. In the real world—suburban places are becoming more urban, not the reverse. The urbanism trend is larger than it would appear in the ULI report.

In the preface, ULI shows an understanding that walkability is a key factor as it cites "a variety of city and suburban housing options. Some … reflect preferences among a growing [emphasis mine] number of Americans for denser, more walkable communities. Others will serve a strong continuing demand for new single-family homes in more conventional automobile-oriented areas … ." I hope ULI examines that issue more closely in future reports.

In the meantime, let's keep our eyes on the ball: Urbanism is about many things including walkability, placemaking, diversity, mixed-use, and multimodal access. Developers—members of ULI—would do well to focus on these factors.

City Observatory further critiques the ULI report in a blog title "Are the 'burbs really back?"

Here's a link to ULI's online Atlas of the 50 metro areas studies in the report. 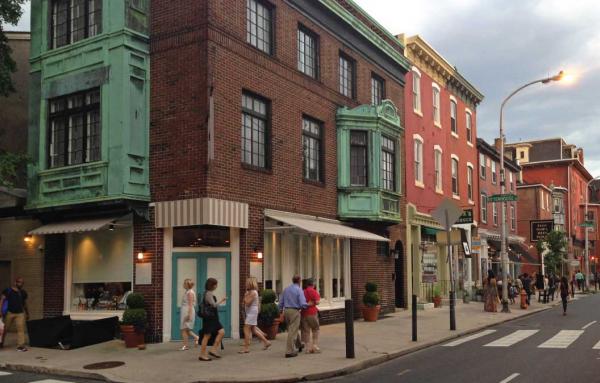 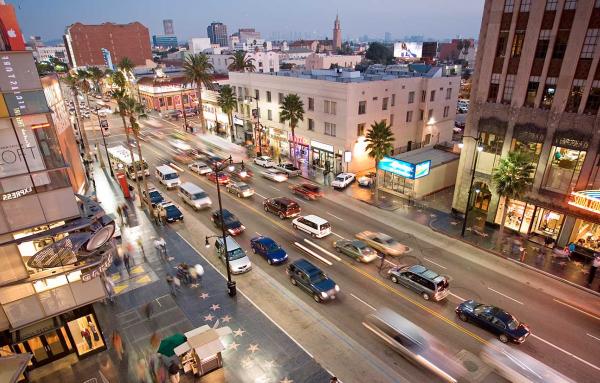 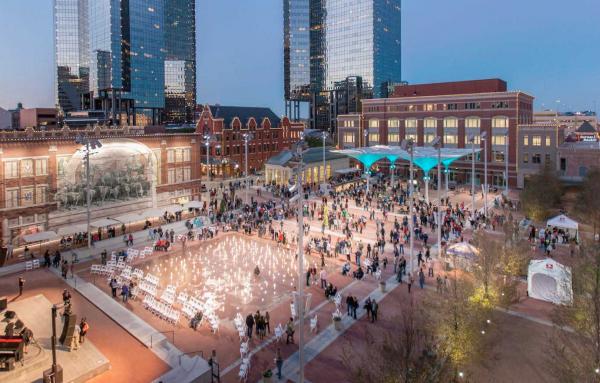