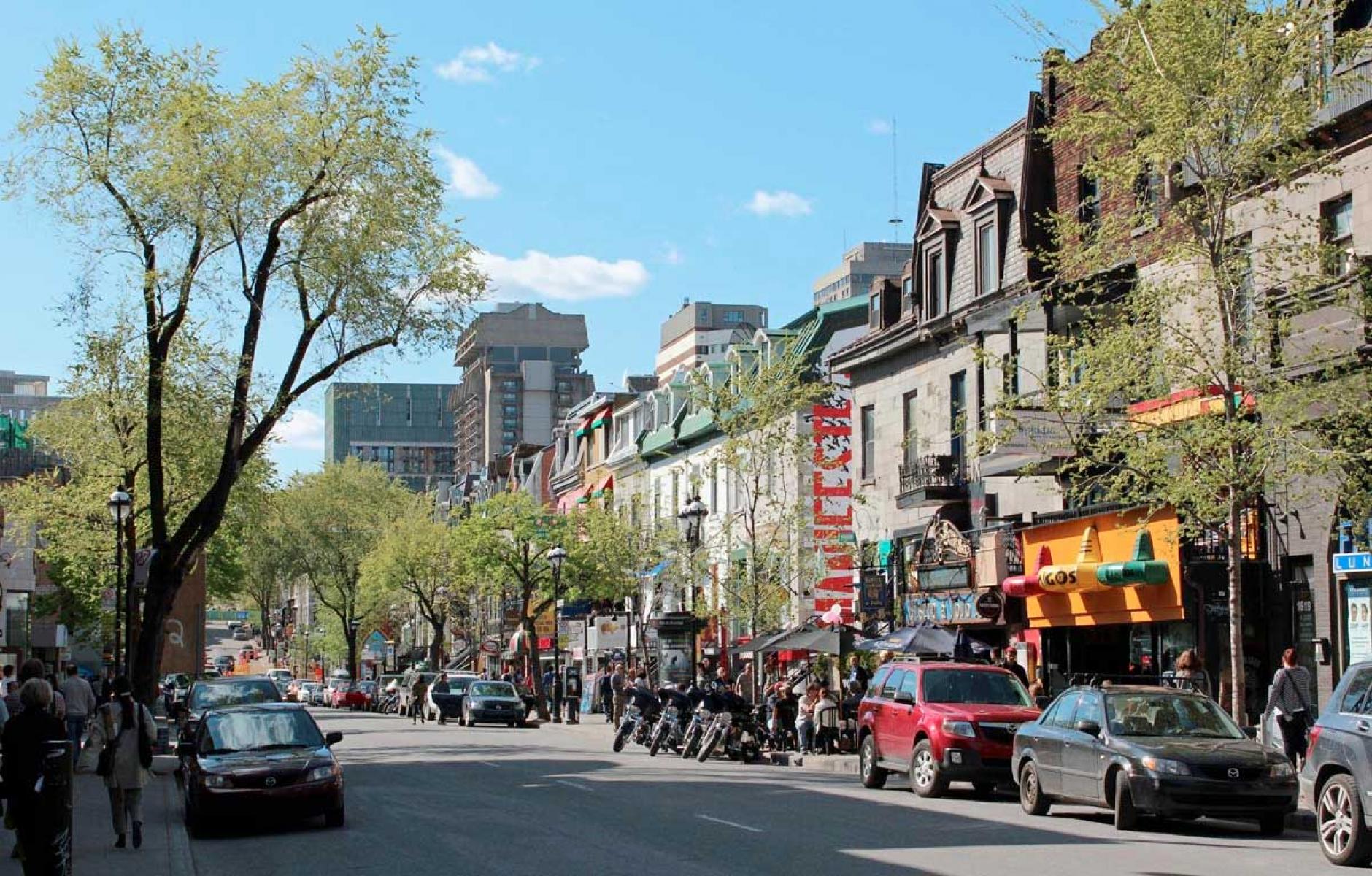 A street in Montreal
Design

'Good bones' are a key to strong communities

Grids are easy and inexpensive—they are a natural way to design streets. But the convention for much of the last century is to model streets on sewer systems.
ROBERT STEUTEVILLE   &nbspOCT. 6, 2016

A body without good bones will fall apart. And as many of us have come to realize, streets are the bones of communities. A community that lacks good streets will suffer—in its economy, its social well-being, and its health.

When people who study cities and towns say that a place “has good bones,” they mean that it has a connected network of small blocks and "lean" (not overly wide) streets. The blocks probably hold at least a few fine old buildings, though some of them may have been neglected, since the last half of the 20th Century was often unkind to old places. Urban renewal and parking policies led to the loss of many buildings.

The urban fabric may be tattered. Traffic engineers may have widened the travel lanes, converted many streets to one-way, and cut down trees. Nonetheless, in good bones there is the potential for renaissance. The essential elements—lean streets and small blocks, a characteristic praised by Jane Jacobs—are resilient.

Unlike human bones, the streets of a city or town can be rebuilt again and again. In the best instances, a community is still using a layout devised long ago; a century or two of age has definite advantages for a street network.

We stopped building communities with good bones by the end of the 1920s. Little was constructed during the Great Depression and World War II. After that, we began again—like gangbusters—but using a new model. Streets became bigger, farther apart, and less connected. This model was borrowed from the engineering of sewer systems. The design of thoroughfares is “a scientific process or an engineering matter, just as the design of a sewer and drainage system,” argued Harland Bartholomew, a pre-eminent 20th Century planner. This method was assumed to improve health, safety, and welfare.

By the 1980s, streets in the US were being laid out in a pattern sometimes described as “loops and lollipops." Suburbs became so disconnected that houses backing up to one another in the sprawling landscape outside of Orlando, Florida, could be seven miles apart by road. That kind of system—let’s not call it a network—is common today.

New urbanists, who brought back the ideal of the connected, mixed-use neighborhood in the 1980s and 1990s, have been largely unable to crack the hegemony of the automobile-oriented street system. They built traditional neighborhood developments with good internal street networks, but these networks tended to be surrounded by sprawl. Examples include Kentlands in Maryland and Orenco Station in Oregon. In the last decade, new urbanists have mostly infilled cities and close-in suburbs, making effective use of historic street networks.

I strongly support the rebuilding of cities, but there's a problem: the supply of 100-year-old street grids is finite. If we use only the historic infrastructure of places that are already walkable, vast sections of the nation will be stuck in the automobile-only era; in those areas, the only way to get from point A to point B is to drive, or get someone else to drive you. Meanwhile, the growing desire of a wide variety of people to live in places with “good bones” is driving up the rents and purchase prices in some of those places. This trend will gather steam if we don’t build a larger number of new walkable, mixed-use communities.

Comparing street design in historic cities and towns and those built since 1950 is unlike medicine—where you have to watch films or read books to find out how the profession used to practice. We have fully functioning side-by-side street comparisons available for study. Intersections that have been illegal to build for a half century are still in place. People walk, ride, live, and work in or near these established intersections. In almost every measurable respect—health, safety, value, generation of tax revenue, social mobility, and transit provision—the old system works better. Modern street design has produced many good ideas, but as a whole we have taken a giant step backward.

Given that America has built almost no large street grids in 90 years, one might suppose that doing so is technically impossible. That supposition is wrong. Grids are easy and inexpensive to build—they are a natural way to design streets.

That’s how we created traditional cities and towns, the places that we say have “good bones” today. The town founders of those times decreed a simple grid of streets and intersections. No traffic studies were commissioned. Rights of way were determined by traditional practice. Sometimes building height rules were enforced to match the rights-of-way and create “outdoor rooms.”

The typical American grid is a rectangular layout of streets—but in fact, two grids are rarely identical. Squares, greens, and plazas diversify the pattern and create unique places, as do T-intersections, diagonal streets, and deflections. Blocks come in many sizes and shapes. Grids don’t have to be rectangular, either. They can be organic, as in parts of Boston and Lower Manhattan, or they can be creatively designed. Grids can be anything a community wants, as long as the streets connect.

A place with good bones may still need a lot of work before the streets are truly walkable. Times Square is a good example. This great intersection was traffic-engineered into an enormous confluence of automobiles in the 20th Century; it wasn't repaired as a great public space until the 21st Century. All over America, traffic engineering compromised street grids. In places that have decent or good bones, the street network can be repaired—often delivering an exponential return on investment.

What about the suburbs?

Good bones are in shorter supply in the suburbs, but they do exist in historic villages and towns that were overrun by sprawl in the last half of the 20th Century. Many of these communities are now reviving. Less obvious opportunities await in the postwar suburbs, those built from the mid-‘40s to the mid-‘60s. Many of those have decent bones. Residential streets from this era tend to be curvy, but they generally connect and are not too wide.

Business streets from the ‘50s are usually in sad shape—a fading hodge-podge of tacky signs and light fixtures, parking lots, and buildings near the end of their life cycle. These streets need major renovation. They can be redesigned and redeveloped, building on the decent bones of the surrounding streets and delivering a strong return on investment. The postwar suburbs have vast potential.

Later suburbs are much harder to repair. Where development is taking place on a broad scale, however, communities can lay out a plan for a mixed-use neighborhood. This is not technically difficult, and it can create substantial value. The modern transportation and land-use system is set up to do the opposite of a grid, so this effort will not be easy—but it will pay off well over time.

Communities can step forward by asking these questions:

• Where do good bones exist, and why? What do they need to make conditions more livable? Do they require traffic calming? Do they need placemaking?

• Where is the potential for creating good bones? How can we make these bones where they're lacking, and do so in the most efficient way, with the best return on investment?

Seeking answers to these questions will put communities on a path towards livability, walkability, sustainability, and higher appeal.