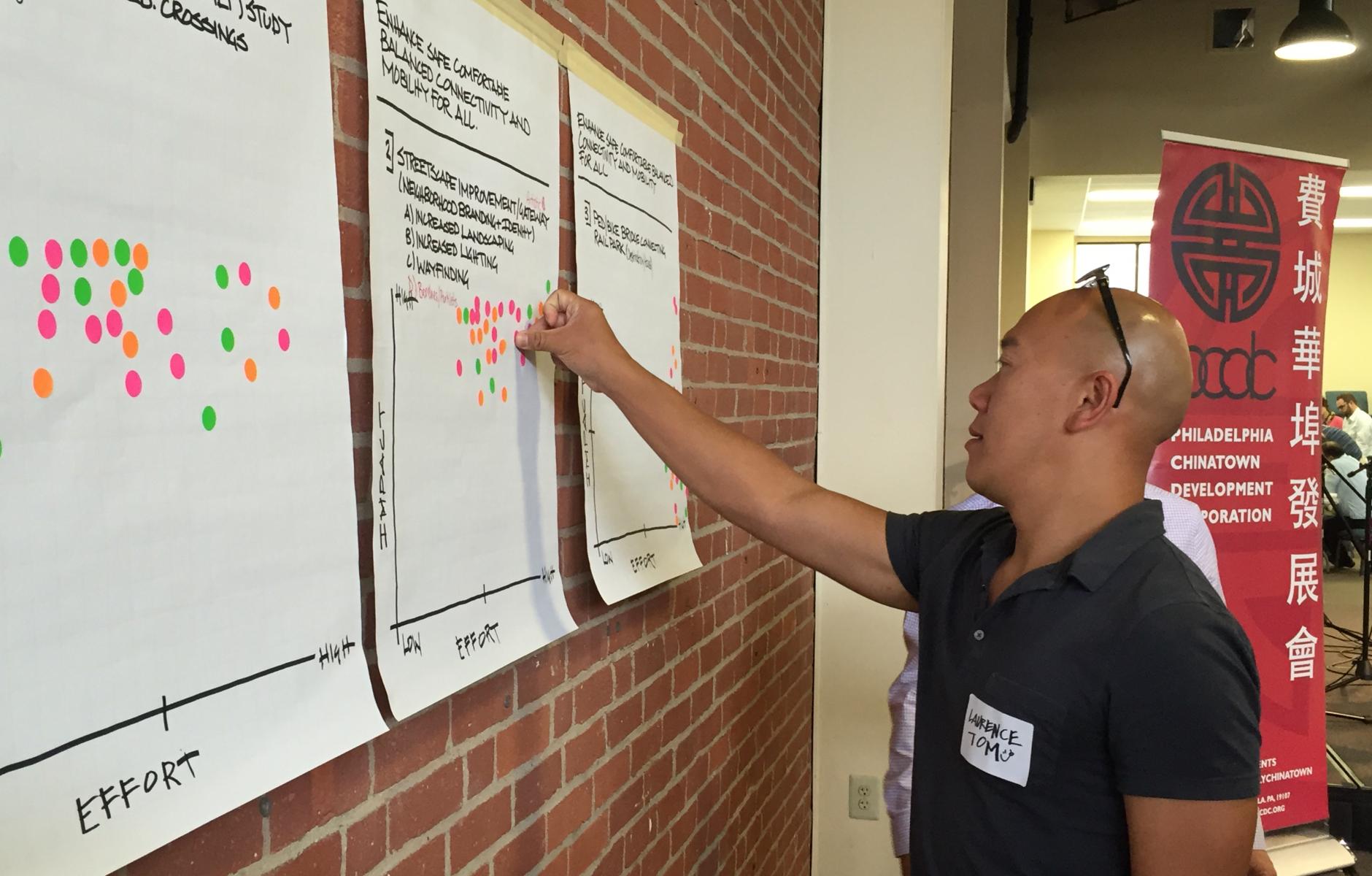 This week, USDOT and CNU continued the #EveryPlaceCounts Design Challenge in Philadelphia, PA as part of the Secretary's Ladders of Opportunity initiative. Led by national transportation and urban design experts, dozens of local officials, residents, and business owners gathered to build consensus and generate strategies for reconnecting neighborhoods impacted by highway infrastructure. According to the City of Philadelphia:

"Philadelphia’s Vine Street Expressway, or I-676, cuts through the Drexel School of Medicine, Callowhill District, and Chinatown communities. The expressway has long impeded economic investment and access to green space for these neighborhoods along its path. The city aims to produce an aspirational vision for the seven-block focus area from 7th Street and Broad Street, along with a roadmap for further public engagement and an implementation plan."

Here are the highlights and insights from the second day of work:

Our design team is back in Philadelphia today assisting @USDOT with #EveryPlaceCounts! https://t.co/tfk1R8x41f

Envisioning possibilities for #reconnecting Chinatown in Philadelphia with #EveryPlaceCounts pic.twitter.com/YcbYXWfc2o

#EveryPlaceCounts wraps up today in #Philadelphia as residents reimagine the possibilities for the #VineStreet Expy. pic.twitter.com/znEdPoDkwk

Concept drawing for Green gateway along the Ridge alignment between the Rail Park and Franklin Sq #EveryPlaceCounts pic.twitter.com/zlWmKeQeui

A street that needs a 3-to-2 road diet shouldn't be expanded to 4 every morning. #EveryPlaceCounts

Love this concept for limited decking I676 @ 10th to create a continuous north-south streetscape. #EveryPlaceCounts pic.twitter.com/Qyt6E8X78D