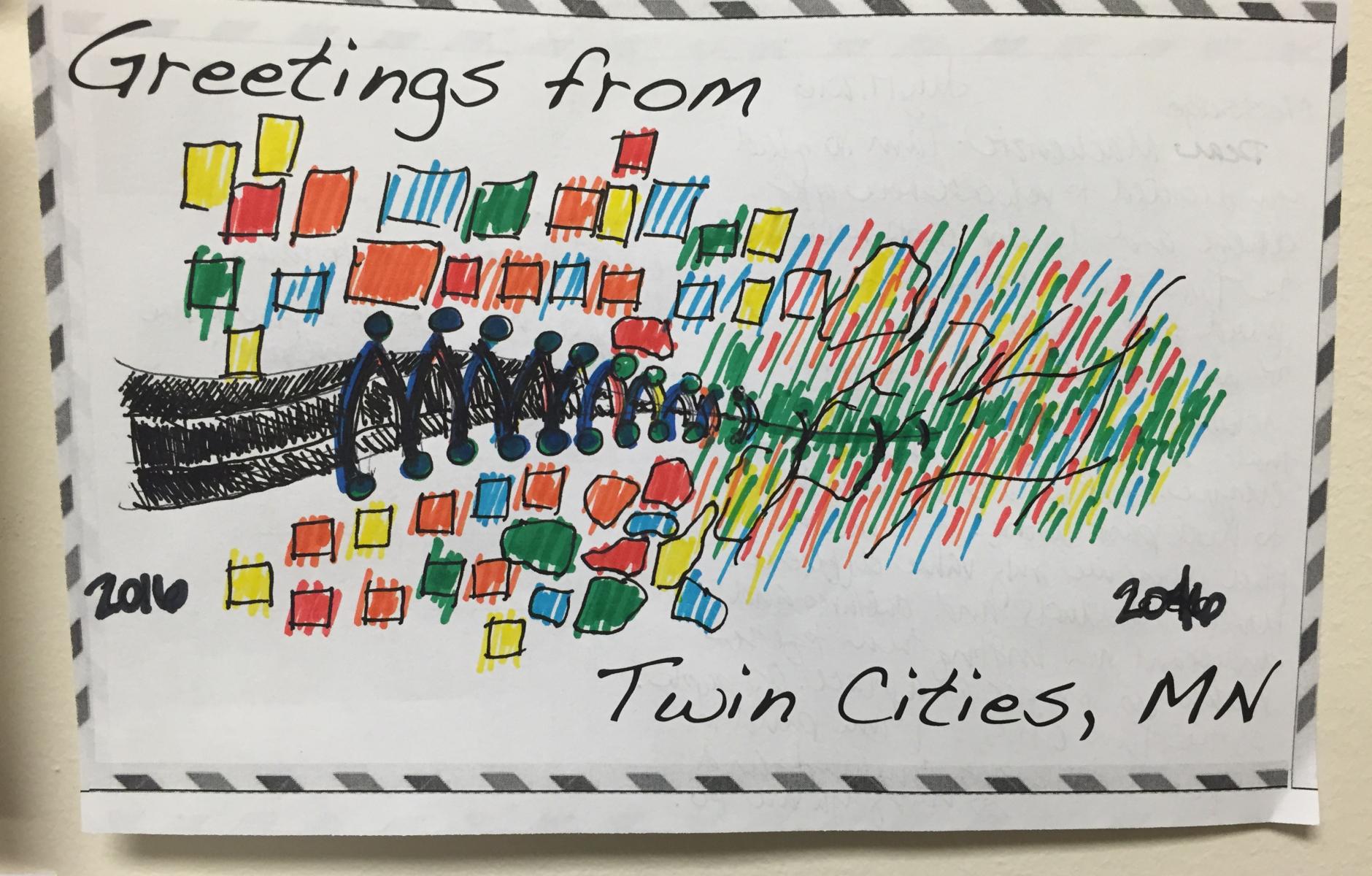 "Never have I seen so much passion and inspiration from transport infrastructure."
SAM WARLICK   &nbspJUL. 19, 2016

This week, USDOT and CNU continues the #EveryPlaceCounts Design Challenge in St. Paul, MN as part of the Secretary's Ladders of Opportunity initiative. Led by national transportation and urban design experts, dozens of local officials, residents, and business owners gathered to build consensus and generate strategies for reconnecting neighborhoods impacted by highway infrastructure. According to the City of St. Paul:

"The construction of I-94 divided the Rondo, a historically African American community in the Minneapolis metro area, and as the city has grown more diverse, ethnic enclaves are still clustered on either side of the highway now including Asian Americans and Native Americans as well. The community would like to develop exemplary models of community design and engagement to guide future corridor planning efforts."

@CNU and @USDOT kicking off design workshops in my former city, St. Paul as part of #EveryPlaceCounts.https://t.co/X5h3MynDYv

We are now looking at one of those divisions, I94, which divided communities through St. Paul. #EveryPlaceCounts pic.twitter.com/WlmfRGIH1j

.#EveryPlaceCounts is back on the road! Twin Cities reimagine infrastructure of, by and for communities! #minneapolis #saintpaul

Over heard in #TwinCities: "Never have I seen so much passion and inspiration from transport. infrastructure" #DOTConnects #EveryPlaceCounts

An idea for capping I-94 through Rondo, St.Paul. #EveryPlaceCounts pic.twitter.com/KZd0yBrtPz

Great job to the USDOT and MnDOT crew today for hosting a community visioning session for Reimagining 94. #EveryPlaceCounts