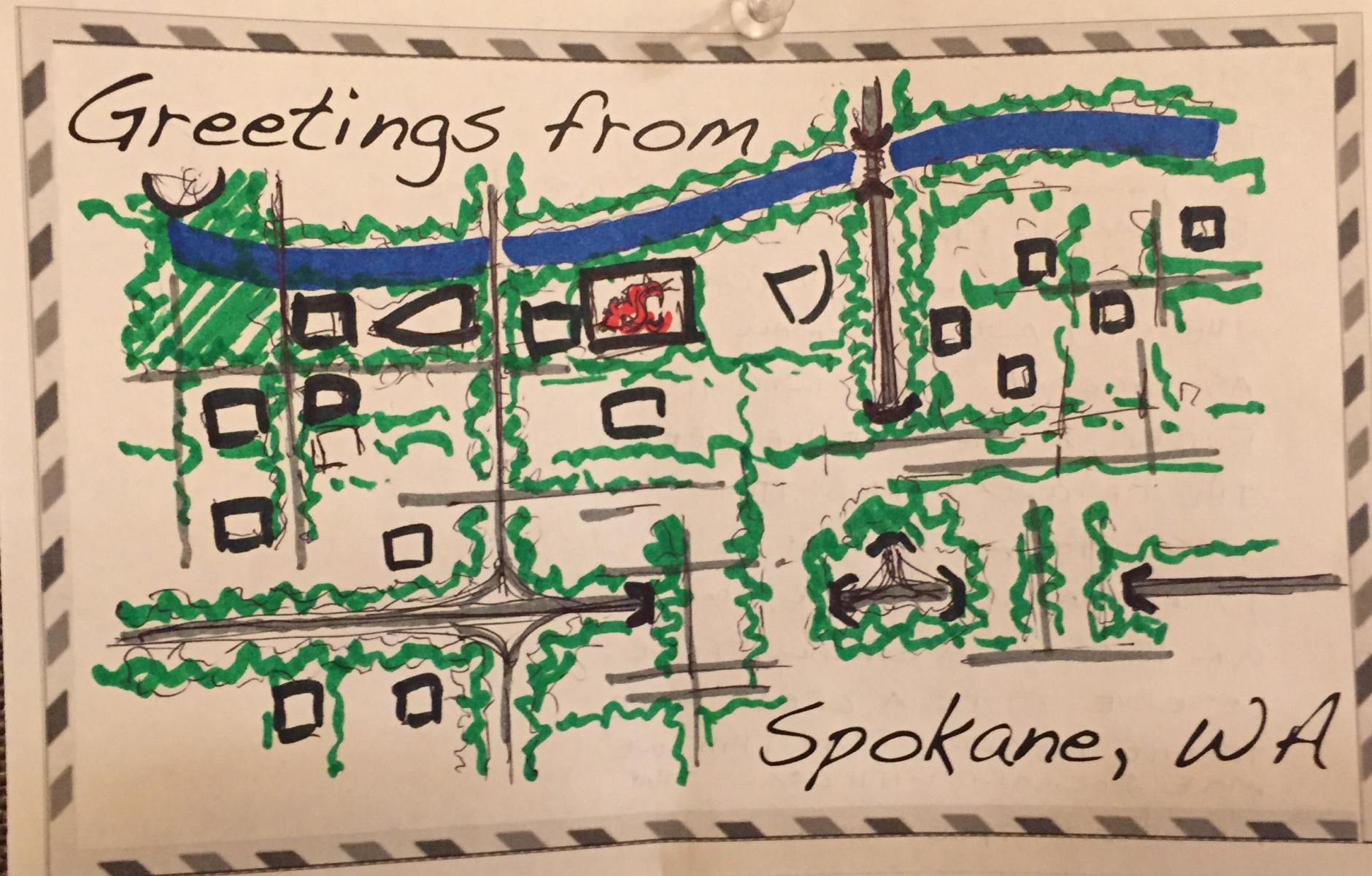 "Highways: great for connecting cities...when they go through them it is damaging."
SAM WARLICK   &nbspJUL. 8, 2016

This week, USDOT and CNU kicked off the Ladders of Opportunity #EveryPlaceCounts Design Challenge in Spokane, WA. Led by national transportation and urban design experts, dozens of local officials, residents, and business owners gathered to build consensus and generate strategies for reconnecting neighborhoods impacted by highway infrastructure. According to the City of Spokane:

"The transcontinental I-90 was constructed through the heart of Spokane, dividing the working-class streetcar suburb of East Central. The City anticipates that the technical assistance will serve as an integrator to bring together those affected by the existing I-90 corridor with partners that are committed to creating solutions through a collaborative process to further identify opportunities to maximize connectivity from the new projects currently underway while minimizing transportation infrastructure barriers."

Here are some of the best highlights, insights, and moments from the first day of work:

The #EveryPlaceCounts Design Workshop kicks off today in Spokane, WA! Follow along with @USDOT and @cnupublicsquare. pic.twitter.com/5bq2K4p7I8

Hey #Spokane! Want to steer the future of I90 and US 395? Join #EveryPlaceCounts this week: https://t.co/fJuBe9Eemk pic.twitter.com/PBRM6fEnfs

In the 1960s, #Spokane's I-90 bisected a historic neighborhood. This week, #EveryPlaceCounts reexamines the options. pic.twitter.com/EjzCohitjA

@USDOT staff at the #EveryPlaceCounts design workshop have challenged the audience to draw their community 30 years from now.

Look at what "opportunity" means at @USDOT. Be a part of the inclusive solution. #EveryPlaceCounts #DOTConnects https://t.co/wY5qdGXRjF

Participants at the #EveryPlaceCounts design workshop are discussing connectivity, quality of life, and much more! pic.twitter.com/p7DTfhwtin

Stephanie Jones of @USDOT: 3 principles for #EveryPlaceCounts initiative. 1: Transportation is essential to opportunity. (1/3)

Principle 2: Mistakes were made in the past. #EveryPlaceCounts (2/3)

Principle 3: Transpo decisions need to be made with and for those who it needs to serve. #EveryPlaceCounts (3/3)