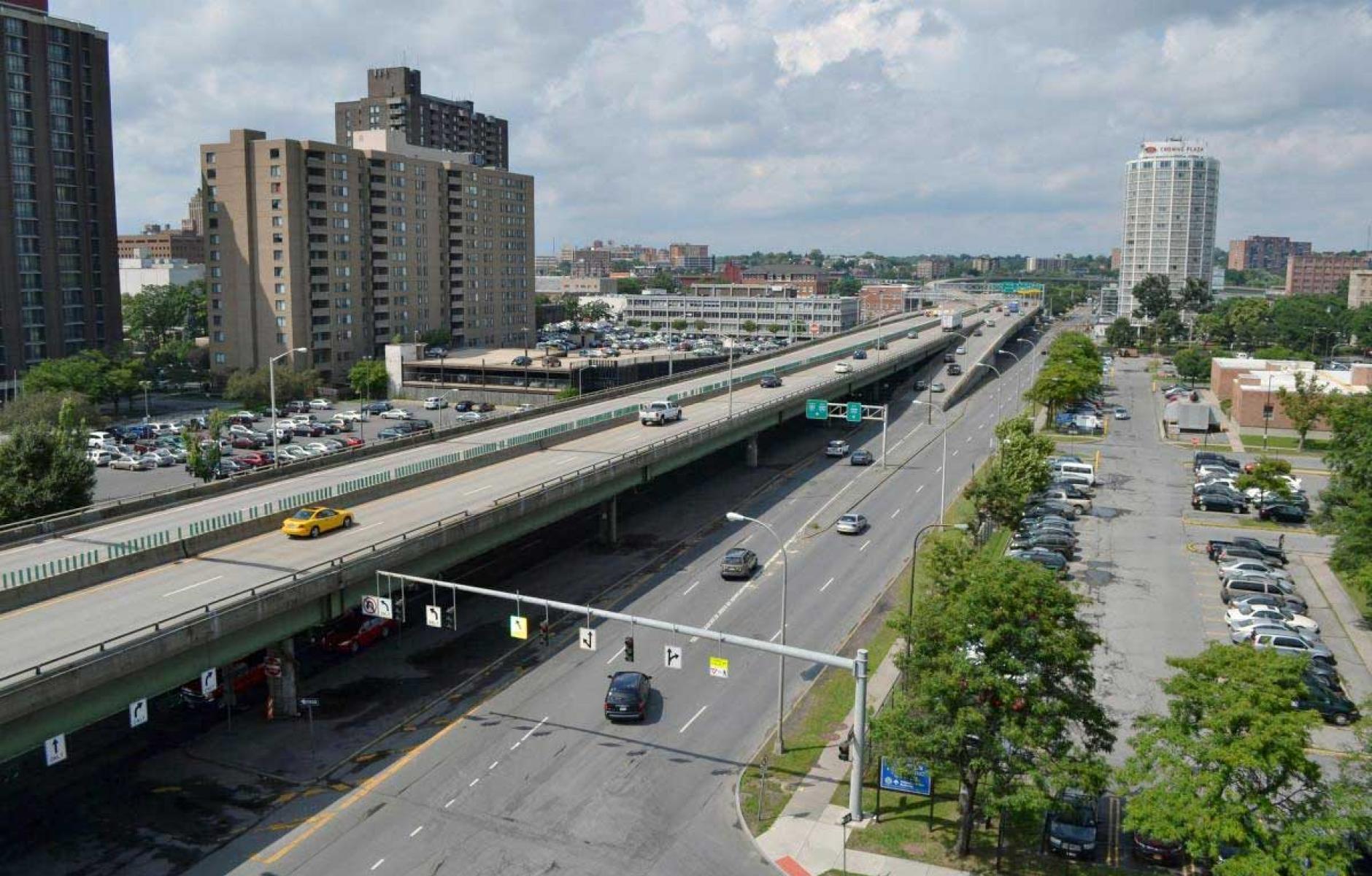 All of a sudden, New York State is the nation’s leader in urban freeway removal, as reported by Streetsblog.

Andrew Cuomo is on a bit of a roll when it comes to urban planning and city-based economic development. Cuomo and his administration have announced or budgeted for multiple projects over the past few months that promise to heal urban neighborhoods by repairing the damage inflicted by mid-century highways.

Last Wednesday, Cuomo said his administration will study capping a three-quarter-mile segment of the Kensington Expressway, which obliterated the Olmsted-designed Humboldt Parkway in the 1950s, traumatizing Buffalo’s historic East Side.

At the same event, Cuomo reiterated his administration’s support for converting Buffalo’s Scajaquada Expressway, a 3.6-mile 1960s-era highway segment that cuts across city neighborhoods and parks, into a surface street where people can safely walk and bike.

In late March, Cuomo announced that a 2-mile segment of Robert Moses Parkway, which cuts off Niagara Falls, NY, from its spectacular waterfront, is coming down. Rochester is removing a portion of its Inner Loop, which forms a tight noose around downtown. Meanwhile, the state budget includes $97 million to turn a portion of the Sheridan Expressway in the South Bronx into a boulevard.

But the state's crowning achievement, Streetsblog notes, could be removal of a 3.75-mile elevated section of I-81 that plows through the heart of Syracuse. The state is now considering two options: Replacement with a surface boulevard and rebuilding of the highway according to modern specifications, which would require removing more buildings. First, the boulevard would save $400 million in construction costs. Then, it would open up new land for development, building up the tax base while preventing the destruction of more buildings. Finally, property values and construction would increase all along the corridor, which is currently lined with vacant lots, parking, and low-value uses (see photo at top).

All of these freeway sections are redundant and/or unnecessary, including I-81 in Syracuse—which has I-481 for through traffic. If they had never been built, they wouldn't be missed.

In cities across New York State and the nation, historic neighborhoods were leveled and divided by freeways in the 1950s through 1980s. Manhattan was largely spared, due to leaders like Jane Jacobs, but other New York cities suffered greatly. The grassroots movement to fight urban freeways was a forerunner to New Urbanism, as Charles Siegel points out in his new book, The Humanists Versus the Reactionary Avant Garde.

When Americans lost houses, blocks, and streets on a massive scale to freeways and urban renewal, people began to treasure traditional neighborhoods. As Joni Mitchell sang, “Don’t it always seem to go, you don’t know what you got ‘til its gone.” Eventually, the New Urbanism showed how to build these neighborhoods anew.

The CNU is probably the strongest nonprofit advocate for tearing down aging, unnecessary, urban freeways. It publishes a Freeways Without Futures list, which includes I-81 in Syracuse and the Inner Loop in Rochester. CNU also recently published A Freeway-Free San Francisco, which examines the benefits of removing the remaining freeway segments in the City by the Bay. When an urban freeway comes down, it opens up a city sector to new connections and urbanism. Replacing aging urban freeway segments with surface streets is the next step in a progressive movement that began in the late 1950s in places like San Francisco.