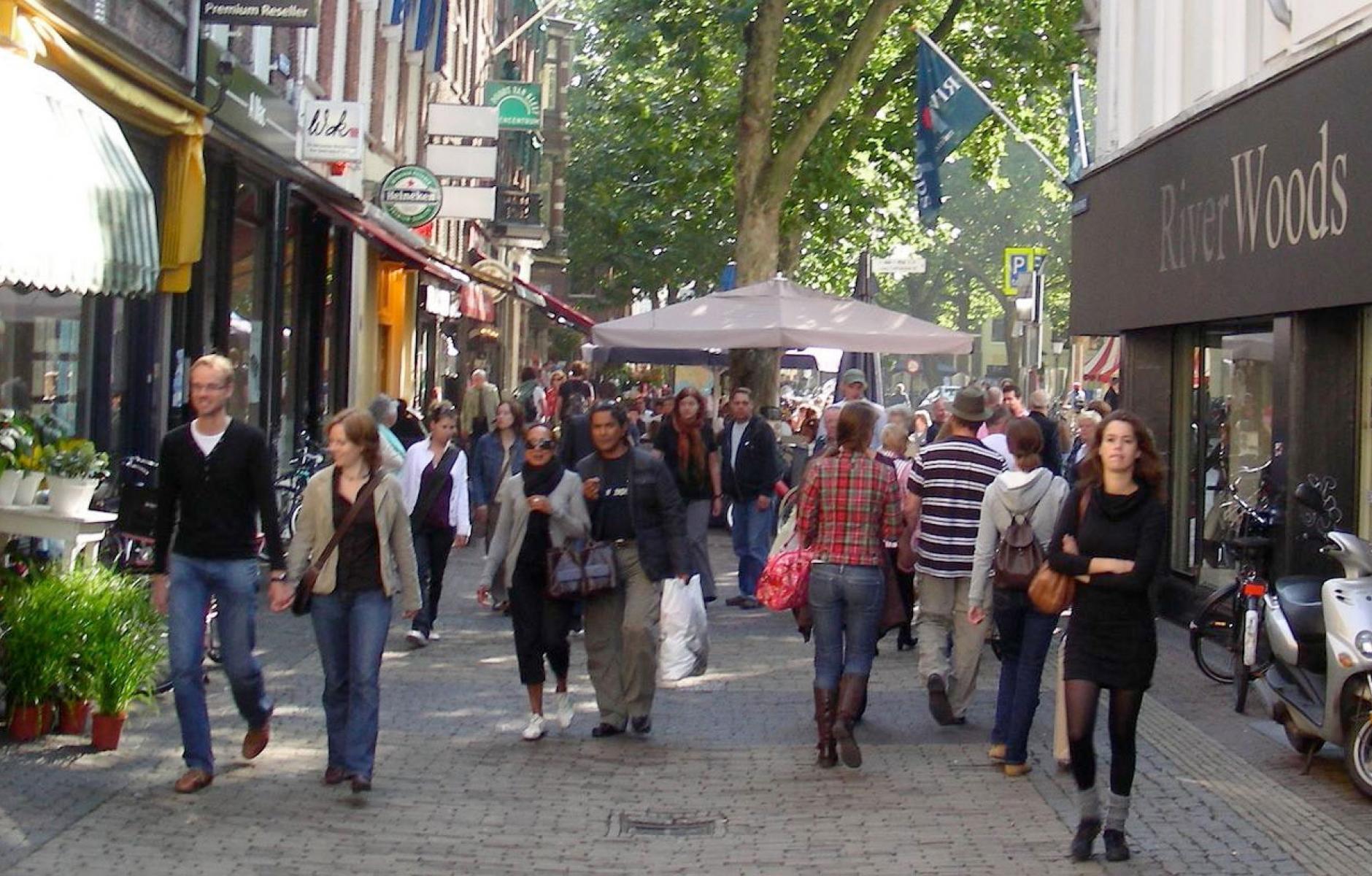 A older American Dream, that of town, neighborhood, and city living, was submerged by the suburban American Dream—which controlled the regulations, finance, and investment after World War II.
ROBERT STEUTEVILLE   &nbspMAR. 14, 2016

For three generations, the American Dream was largely defined by continual suburban expansion. The dream was based on exclusivity, “keeping up with the Joneses,” and driving everywhere.

A older American Dream, that of town, neighborhood, and city living, was submerged by the suburban American Dream—which controlled the regulations, finance, and investment after World War II. Zoning codes were enacted that made mixed-use neighborhoods illegal. Finance rules favored single-use buildings and bypassed older neighborhoods. Most transportation dollars went into drive-only thoroughfares.

Yet the older cities and towns remained, battered but not obliterated, and they are the foundation for a new American Dream of the 21st Century based on based on social and cultural diversity and the idea of community. This dream, adopted by growing numbers of Americans, is more about great streets than highways. It's about freedom of choice in getting around. In this dream, what you are connected to is more important than who you are separated from.

Here are 10 reasons why the new dream is here to stay:

10) Driving per capita has declined substantially in the last decade. “Our national flower is the concrete cloverleaf,” wrote Lewis Mumford in 1961. Driving per person rose steadily throughout the 20th Century, and then it didn't. Despite a recent uptick, probably due to very low gas prices, Americans of driving age are traveling the same miles as we were in the Clinton presidency. Many young adults are opting not to drive at all. Also, those concrete cloverleafs have become expensive maintenance problems. 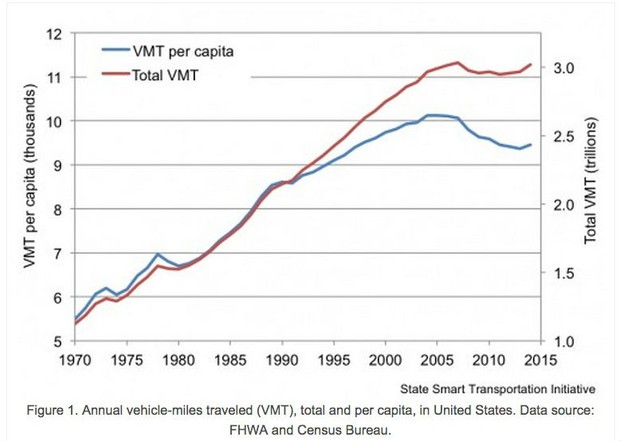 9) Millennials tend to prefer cities and walkable places. Today’s young adults – the Millennials — were the first generation to be born and raised mostly in communities where the indoor mall was the main street and the parking lot was the town square. As adults, this generation has mostly rejected the isolation and generic character of drive-only suburbs. Many Millennials are likely to move to the suburbs when they have children—but those suburbs may be walkable suburbs. A dramatic shift in youth preference points to a long-term trend toward urbanism. 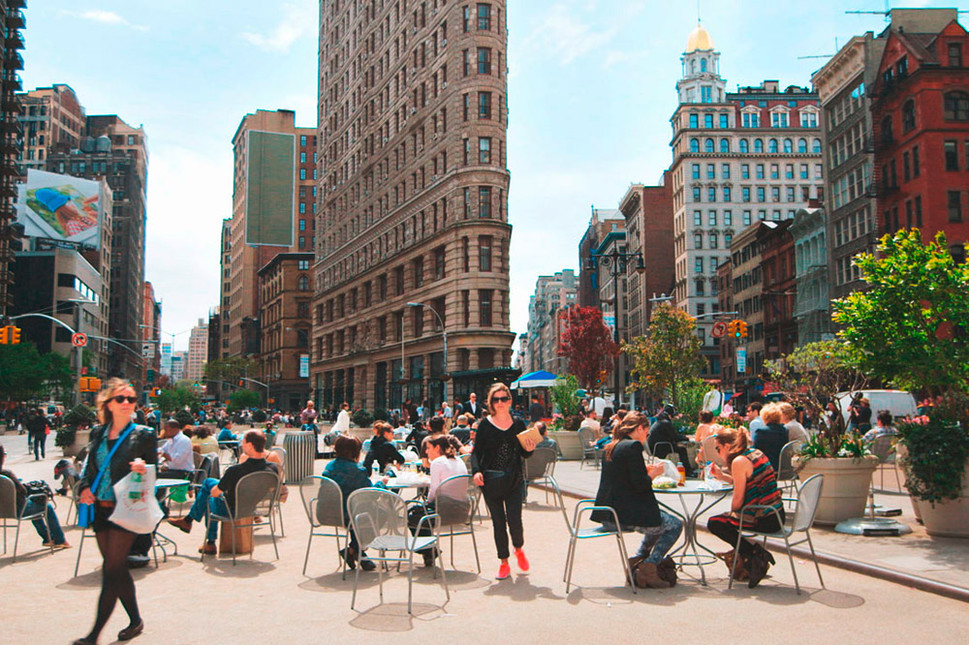 8) Walkable places help you climb the ladder of success. The story of ambitious young people going to the city to make something of their lives appears again and again in our literature, movies, and theater. This story is not just a literary device, according to a 2013 study. Social mobility is higher in compact urban places, Arizona State University researchers found. The more walkable the census block — as measured by Walk Score — the more likely someone from the bottom fifth of income will reach the top fifth in their lives. It is no wonder then that New York City — America’s most walkable city — is a magnet for immigrants and other folks pursuing the American Dream.

7) Productivity and innovation thrive as density rises. Studies in recent years have shown that in compact places with good transit, economic activity rises due to more face-to-face contact with knowledgeable people (link, link).

6) You are more likely to be famous if you are born in an urban place. Tiger moms take note! If you want your children to be successful enough to be profiled in Wikipedia, the odds rise substantially if you raise them in a big city — or small city anchored by a university. The New York Times came to that conclusion in a geographical analysis of Wikipedia biographies. Ironically, for several generations, parents have moved to distant suburbs to give children a better chance of success. Notes the Times, “growing up near ideas is better than growing up near backyards.”

5) You are less likely to die violently if you are raised in an urban place. Parents have long moved to quiet suburbs for safety. Yet a University of Pennsylvania/Children’s Hospital of Philadelphia (CHOP) study challenges the entire notion that suburbs are safer. The study examines all kinds of accidental and violent deaths in America. Contrary to conventional wisdom, urban streets are significantly safer than leafy suburbs and rural areas. While counterintuitive at first glance, the number one US cause of death from ages 5 to 34 is automobile crashes, according to the Centers for Disease Control. Deadly automobile crashes are far less likely on lower-speed urban streets.

4) Bicycles: The new status symbol. A generation ago, bicycles were considered to be a child’s toy. Now they are a status symbol for communities. As Jeff Speck writes in Walkable City, “A bold green stripe down the side of a street — or many streets — tells residents and potential residents that a city supports alternative transportation, healthy lifestyles and cycling culture, and that it welcomes the sort of people who get around on bikes. For the most part, those people are the millennials and creatives who will help a city thrive.” 3) McMansions have lost their luster. In the 1990s, a McMansion was the ultimate symbol that the homeowner had “made it.” Inside, the house was luxurious. But the chief selling point was the message it sent from the curb: The owners, and all of their neighbors, have enough money that they can afford to be wasteful on lawn and landscaping, excessive architectural details, pointless variety in rooflines and materials, and general bloat. Today, we have endured a Great Recession and climate change is an ongoing concern. The McMansion's underlying message of wasteful spending, poor taste, and big carbon footprint projects a less flattering image on homeowners. As Billy Joel once said, "Is that all you get for your money?"

2) Downtown and in-town neighborhoods are home to the “creative class.” Coming up with this term has made the career of author, academic, and researcher Richard Florida. Whether urban or suburban, big city or small, communities want the educated people that provide the economic spark — known as the “creative class.” Seeking the creative class, businesses have begun moving back into town from suburban campuses. 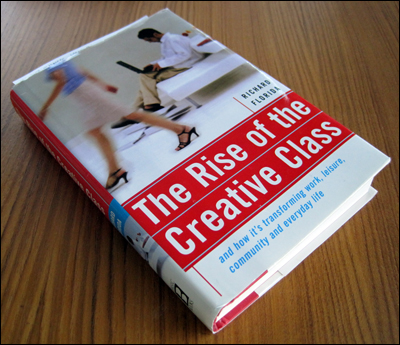 And the number one reason why we have a new American Dream:

Would you rather have this?

Van Buren transformed, by Steve Price of Urban Advantage, for Reinvent Phoenix. Concepts for the street retrofit were via Duany Plater-Zyberk and Crabtree Group.

The first image, a commercial strip arterial, has one big advantage: It is legal in most suburbs. The second image has science, safety, and the market on its side. Laws are changing as more municipalities adopt form-based codes and DOTs embrace complete streets. The new American Dream will prevail, but that will require ongoing reform of investment and regulations, backed by political will at the local, state, and federal level.