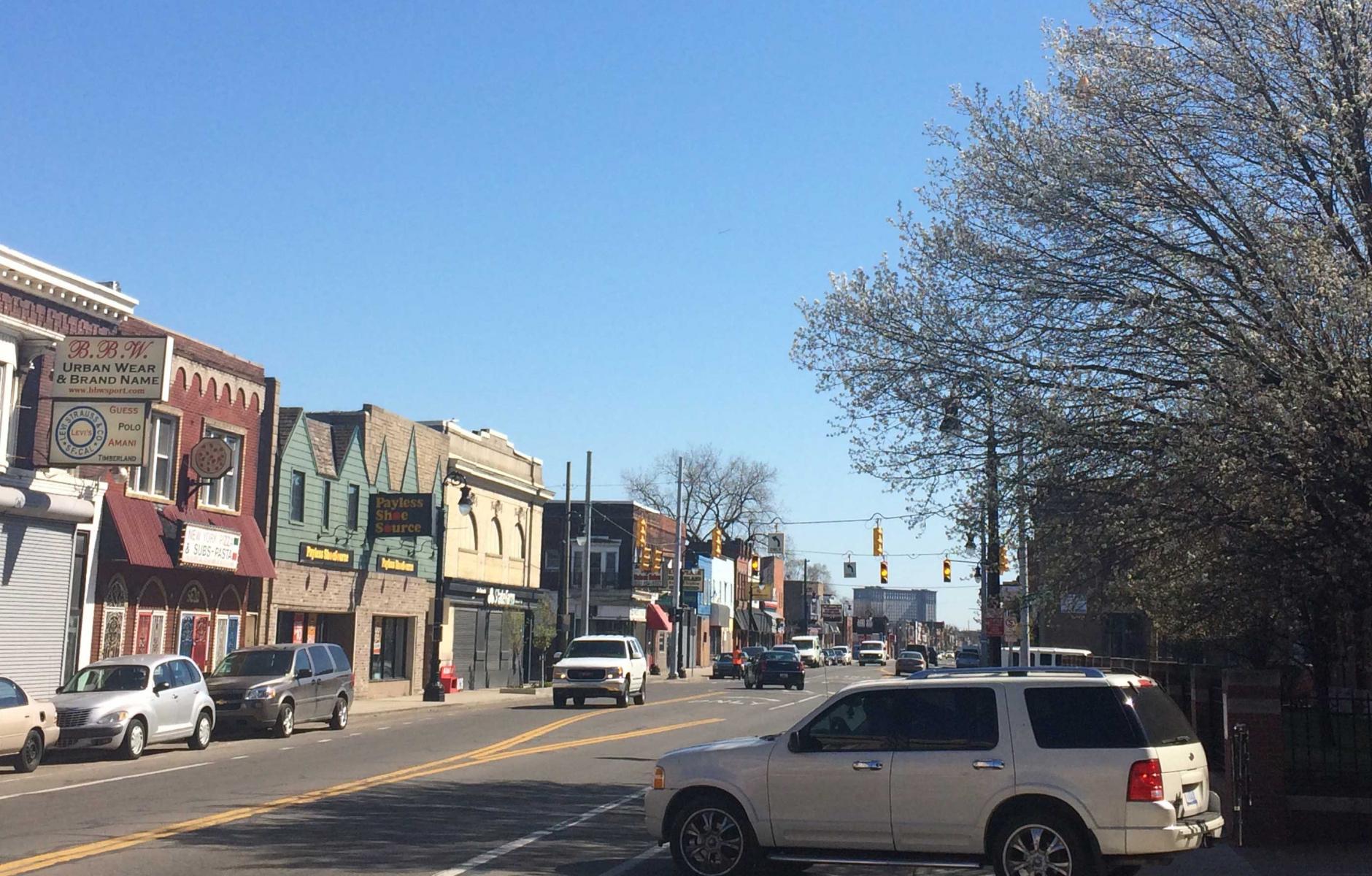 Neighborhood center with buildings in need of more occupation in Southwest Detroit.
Equity

Spurring investment in an immigrant neighborhood

Aside from small-scale maintenance, the immigrant community of craftspeople, artists, and entrepreneurs has seen little investment for years. The residents are trying hard to prevent a downward spiral—yet many of their children don't plan on sticking around as adults.

"These kids can see the disinvestment in their community. They’re not blind," says architect Dhiru Thadani, the leader of a recent CNU "Legacy Charrette" in the neighborhood. "And they see how suburban communities have been invested in, and people are taking care of their streets, and their lawns, and their backyards." If nothing changes, many young adults will move to greener pastures.

The charrette team, which also included planners Nederveld Associates, market researchers Zimmerman/Volk Associates (ZVA), and City Form Detroit, worked with a diverse range of citizens, including the teens and their parents, local business owners and stakeholders. Legacy Charrettes are designed to apply CNU’s placemaking expertise to make a lasting difference in the Congress's host region—which is Detroit in 2016.

A market study by ZVA revealed that about 500 units could be built and sold or leased in Southwest Detroit, so a plan was created to distribute those units on sites through the neighborhood—especially near a key intersection that would benefit from placemaking.

The immigrant community presented unique challenges, like promoting investment in a part of the city where many of the transactions are made in cash and therefore are invisible to creditors. Many of the residents do not drive or have access to credit cards. Yet the community has significant buying power.

1) Re-route tractor-trailers that currently pass through the neighborhood and calm traffic on a key thoroughfare, Livernois Avenue, using a "road diet" to eliminate unnecessary lanes.

2) Identify vacant sites that can be transformed and provide a green space within a 5-minute walk of every home.

3) Return historically mixed-use buildings to mixed-use. With the help of zero percent financing, owners could be encouraged to renovate buildings on Vernor Highway with retail on the first floor and residences above. About 50 new homes could be provided without any new construction.

4) Build a diverse range of civic spaces, including a plaza, town green, religious space, and playgrounds of various kinds.

5) Use an existing antenna tower as a landmark—demarcating the center of Vernor Crossing.

6) Transform the vacant Detroit Public Works Building adjacent to the tower into an arts/recreation/culture center and "maker space."

The neighborhood is ripe for reinvestment from both the public and private sectors. "They need to actually build these 500 proposed units of housing, over our plan’s multiple stages, using a combination of tools that are available: rehabilitation, renovation, and new construction," Thadani says.

"Alongside that new construction, you’ve got to have all these agents commit to coming together—the city doing streetscape improvements, developers filling in new plots, community members supporting the plan and the new construction, business owners taking pride in the changes."

As for the next generation, "We discussed what might make them choose staying in their city community over moving out to the suburbs. They had some ideas. But the bottom line was, if the City doesn’t come through with amenities to level the playing field and investment to make the community feel strong, they’ll move out."

The abandoned warehouse repurposed as "maker space" and a cultural center would provide a dramatic symbol of that kind of investment. So would new housing, public spaces, and more walkable streets.