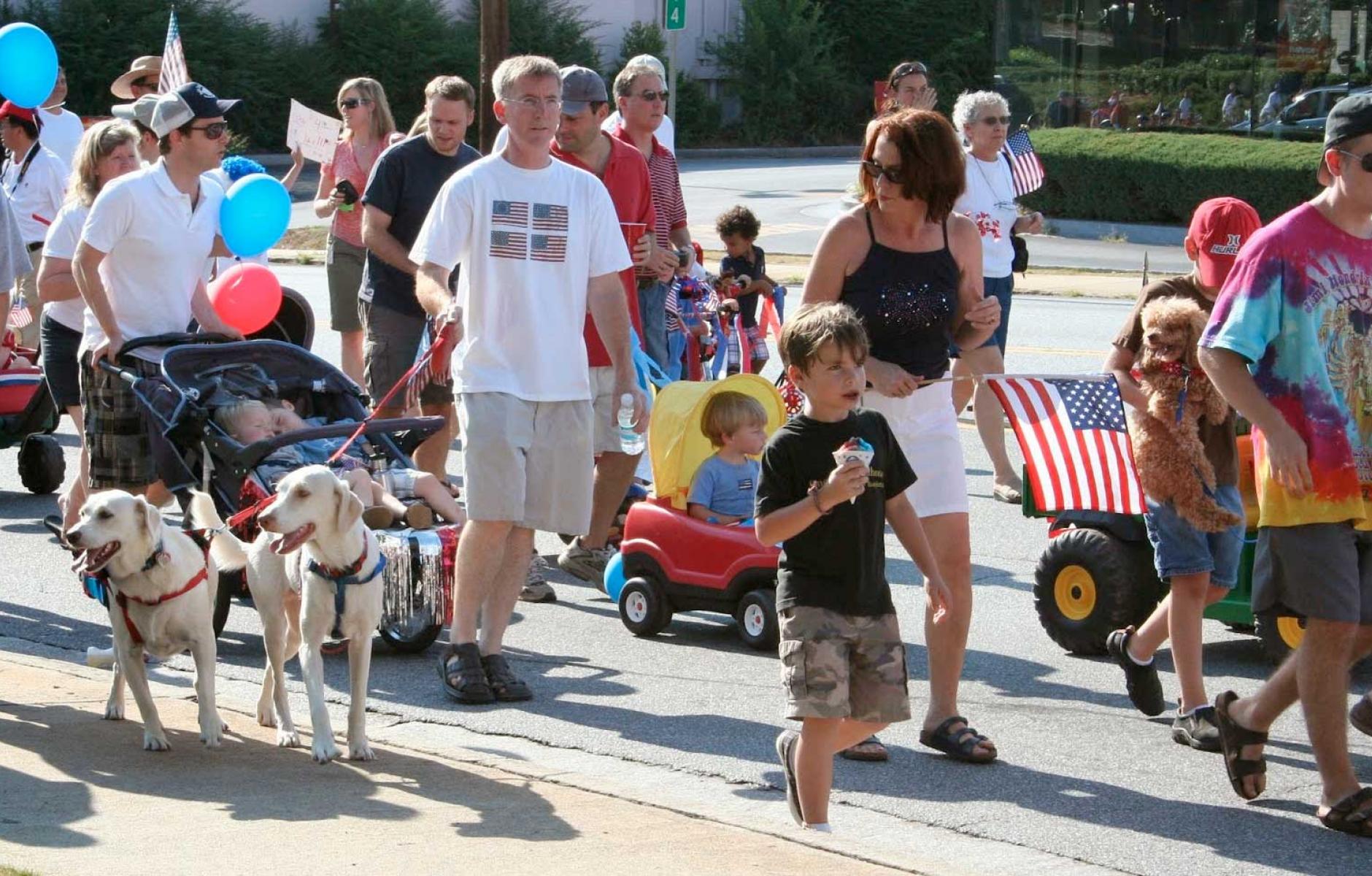 In The Human City: Urbanism for the Rest of Us, Joel Kotkin makes the case that urbanists are behind the drop in birth rates around the world. Urbanists are implementing policies that discourage child-rearing—with potentially dire consequences, he says in this 200-plus-page polemic.

It’s pretty serious charge, but is there anything to back to up? It rests on a correlation: Two of the key worldwide trends in the last 40 years are declining birth rates and people moving to megacities. Density is to blame, Kotkin says.

Birth rates have been dropping pretty much everywhere across Asia, Europe, and North and South America. In Brazil, the rate has dropped from an unsustainable 4.3 per woman in the 1970s to 1.9 today. “Brazil’s birth rate has dropped not only among the professional classes, but also in the countryside and among those living in favelas,” Kotkin writes. Correlation, let alone causation, tying births to density seems to be lacking in Brazil.

Kotkin spills a lot of ink showing that the percentage of families with children, especially school-aged children, is lower in US cities than in the suburbs. Here, the connection is even less clear. The greatest period of US suburban expansion, arguably, was 1965 to 1980, when whites were leaving cities like theater-goers at the end of a Broadway show. A 1971 billboard proclaimed: "Will the last person leaving Seattle — Turn out the lights." Even New York City shed a million or so people in that time period—all heading to the suburbs. That burst of low-density living should have produced a baby boom, if you believe Kotkin’s theory—yet that period coincided with the greatest drop in fertility in US history.

The differences between low-density and high-density cities are less dramatic than this book would have you believe. Kotkin holds up Houston, a low-density city, as a model of family friendliness. In Houston, he says, 61.5 percent of households are “family households.” New York City, the paragon of high-density, the figure is at 61 percent, according to the Census Bureau.  Manhattan, in fact, has experienced a baby boom: From 2000 to 2007, the number of children under age 5 grew by more than 32 percent, according to The New York Times.

That fact is not in The Human City, although Kotkin is right that many families move to the suburbs when their children enter schools—which probably explains most or all of the difference in households with school-aged children between city and suburb. Fix the schools, and the numbers of urban households with children would rise.

Kotkin professes to support free-market-driven density in the urban core. “If people choose to move to the city, and the market supports it, that too should be encouraged,” he says. At the same time he supports restrictions against density in the suburbs. Residents “look to governments as a shield that protects them from the encroaching urban world that they left for a reason.” That point gets to the heart of a contradiction in The Human City.

Kotkin accuses urbanists of “enforced densification” and “mandated higher density.” Absent public housing, which is rarely built these days, government has no power to “mandate” density. If a developer attempts density that the market will not support, the project will fail. Kotkin, therefore, is really accusing urbanists of wanting to remove some of the restrictions against density.

One of the primary purposes of zoning and land-use regulations, nearly everywhere, is to restrict density and force the market to build something that is less dense than it would otherwise. Nowhere is this fact truer than in the suburbs, which would not exist in their current form without strict government regulations. In The Human City, Kotkin tries to have it both ways—professing support for the market and also for restrictive land-use regulations. He dances around this issue and barely mentions “zoning” in The Human City.

Throughout the book, Kotkin implies that people are somehow being forced into high-density situations—against their best interests. “Urbanization is often portrayed as a means to achieve greater wealth and higher stand of living, but this is not the case for most residents of emerging megacities,” he says. So, why are they moving in such droves? Could it be that life, wherever they came from, lacked opportunity and livability? The Human City skips over that issue.

Another puzzling contradiction shows up: “The city of my parents [New York], as well as that portrayed by Jane Jacobs, was human-scaled, even when dense,” he says. Kotkin is 63, and New York City had well over 25,000 people per square mile in his parents’ day—a density that exceeds that of typical suburbs by a factor of 10 or 20. It’s far denser than any city in America today, with the exception of New York. How, then, does an increase in density threaten the human scale? Could the issue partly involve architecture and urban planning?

The Human City is not strong on design, which Kotkin discusses only occasionally, in very broad strokes. Yet in the fields of architecture and urban planning Kotkin may find some common ground with new urbanists.

Kotkin despises the late architect Le Corbusier’s “Radiant City” design, which he describes as a “machine for living”—and its expression in places like Pruitt-Igoe in St. Louis, with ranks of identical public housing high-rises that were imploded in the 1970s. New urbanists have been vociferous critics of such places, and created the Congress for the New Urbanism partly in opposition to such planning schemes.

Kotkin is open to the building of mixed-use centers in the suburbs, although he wants these to be very limited in scale. “Some millennials may be attracted to the notion of a village-like development that differs from the traditional bedroom suburb, a concept that draws on the pioneering work of [Ebenezer] Howard and his 20th Century ‘garden cities.’

“This shift in suburban form is also occurring in such traditional New York suburbs as Brookhaven, Islip, and North Hempstead on Long Island,” Kotkin writes. He does not mention that these plans are products of New Urbanism.

Kotkin doesn’t make the connection that existing zoning codes often prevent walkable centers from being built, or that government-funded thoroughfares impose a motor-vehicle scale on the public realm that subsumes the human-scale, for which he expresses support. New urbanists are all about the human scale.

When he asserts that “families have not been a primary focus of new urbanist thinkers,” he has not looked very hard for evidence to the contrary. The signers of the The Charter of the New Urbanism, of which I am one, understand that all of its 27 principles are important to all people. But six of the principles address needs that are particularly family friendly:

• Many activities of daily living should occur within walking distance, allowing independence to those who do not drive, especially the elderly and the young.

• Within neighborhoods, a broad range of housing types and price levels can bring people of diverse ages, races, and incomes into daily interaction, strengthening the personal and civic bonds essential to an authentic community.

• Schools should be sized and located to enable children to walk or bicycle to them.

• A range of parks, from tot-lots and village greens to ballfields and community gardens, should be distributed within neighborhoods.

• The revitalization of urban places depends on safety and security. The design of streets and buildings should reinforce safe environments, but not at the expense of accessibility and openness.

• Streets and squares should be safe, comfortable, and interesting to the pedestrian. Properly configured, they encourage walking and enable neighbors to know each other and protect their communities.

Kotkin accuses new urbanists of being hostile to, and ignoring the needs of, the suburbs, which is patently false. Many of the earliest new urbanist plans, like Kentlands in Gaithersburg, Maryland, or Orenco Station in Hillsdale, Oregon, were in the suburbs. New urbanists have been working in, and trying to improve, the suburbs for 30 years—efforts for which they took a lot of flak from city partisans.

The easy accusations indicate a sloppy scholarship on Kotkin’s part. In a sympathetic Wall Street Journal review, Shlomo Angel notes that Kotkin makes little effort to be even-handed in The Human City, but rather takes a prosecutorial tone. Some of the book’s statements troubled me, like when, on page 162, Kotkin notes that a University of California-Irvine study found that “for every 10 percent drop in population density, the likelihood of people talking to their neighbors once a week goes up 10 percent.” I debunked this bogus claim in 2007 and again in 2008—and it is unsettling to see it in print in 2016.

On a final note, Kotkin gushes over a suburban development outside of Houston called Cinco Ranch for three pages. “Nearly 60 percent of its residents who moved there in 2014 are married with children,” he says. The New Urbanism can beat that. Daybreak in South Jordan, Utah—a project featured on CNU's website—has about 60 percent married families with children. I'll look forward to the next Kotkin book on the family-friendliness of New Urbanism.