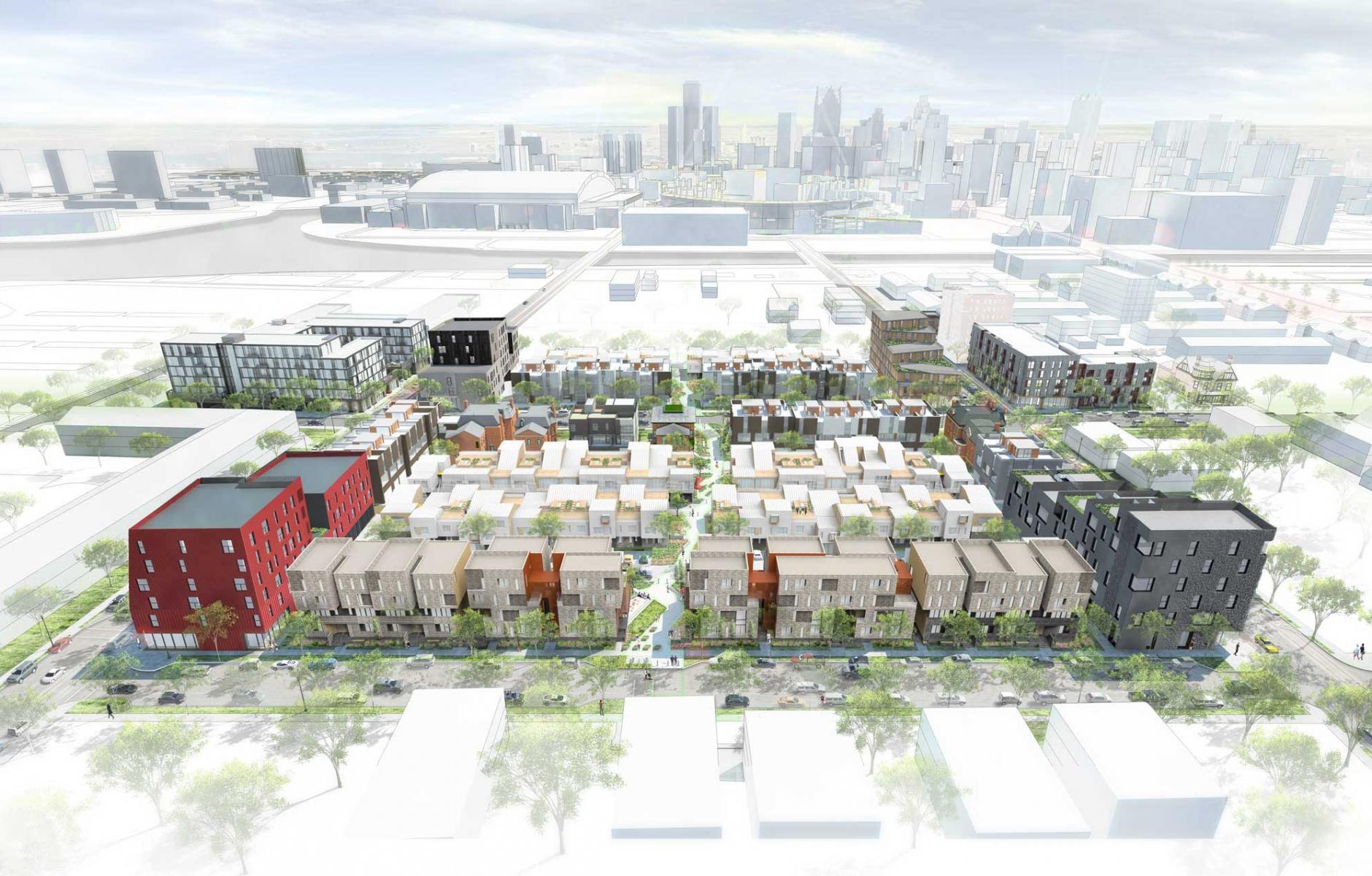 In Detroit, the neighborhood of Brush Park stands between three of the city’s fastest revitalizing areas: Midtown, Eastern Market, and the Central Business District. All three have roared back to life in recent years, but Brush Park—just a five-minute walk from major cultural assets, pro sports stadiums, and a new streetcar line—sits almost 40 percent vacant.

In the 8.4-acre Brush Park Parcels, Detroit can see a preview of the neighborhood’s future. Brush Park Parcels is diverse, stays architecturally eclectic while respecting the past, and offers living options for many households. In a city with so many struggling neighborhoods and so much vacant land, the sight is uplifting. “Brush Park now has a vision for our future after sitting dormant for nearly 60 years,” says Mona Ross Gardner, Board Chair for the Brush Park Community Development Corporation.

To create the project, a nonprofit housing developer and team of local builders joined forces with a deep-pocketed developer: Bedrock Real Estate, led by Detroit civic leader Dan Gilbert. Compared to Detroit’s well-publicized downtown resurgence, Brush Park Parcels is built on a smaller scale, starting with the restoration of existing historic houses that would have otherwise fallen down. “Each of these homes has its own incredible story and plays an important role in our city’s history,” says Mayor Mike Duggan.

The project gracefully incorporates about 400 residences, including duplexes, townhouses, carriage homes, and mixeduse apartment buildings—in addition to the renovated housing—in the space of a few city blocks. Neighborhood shops are also included.

“As a residential builder and developer of single family and multi-family homes in Southeast Michigan for the past 17 years, I am blown away by the current opportunity in Detroit,” says Randy Wertheimer of Hunter Pasteur Homes, a development partner. “If you would have told me 3 to 4 years ago that I would be building dense, contemporary housing with a one-car garage in Detroit and selling for more on a per square foot basis than the suburbs, I would have thought that was a crazy concept.”