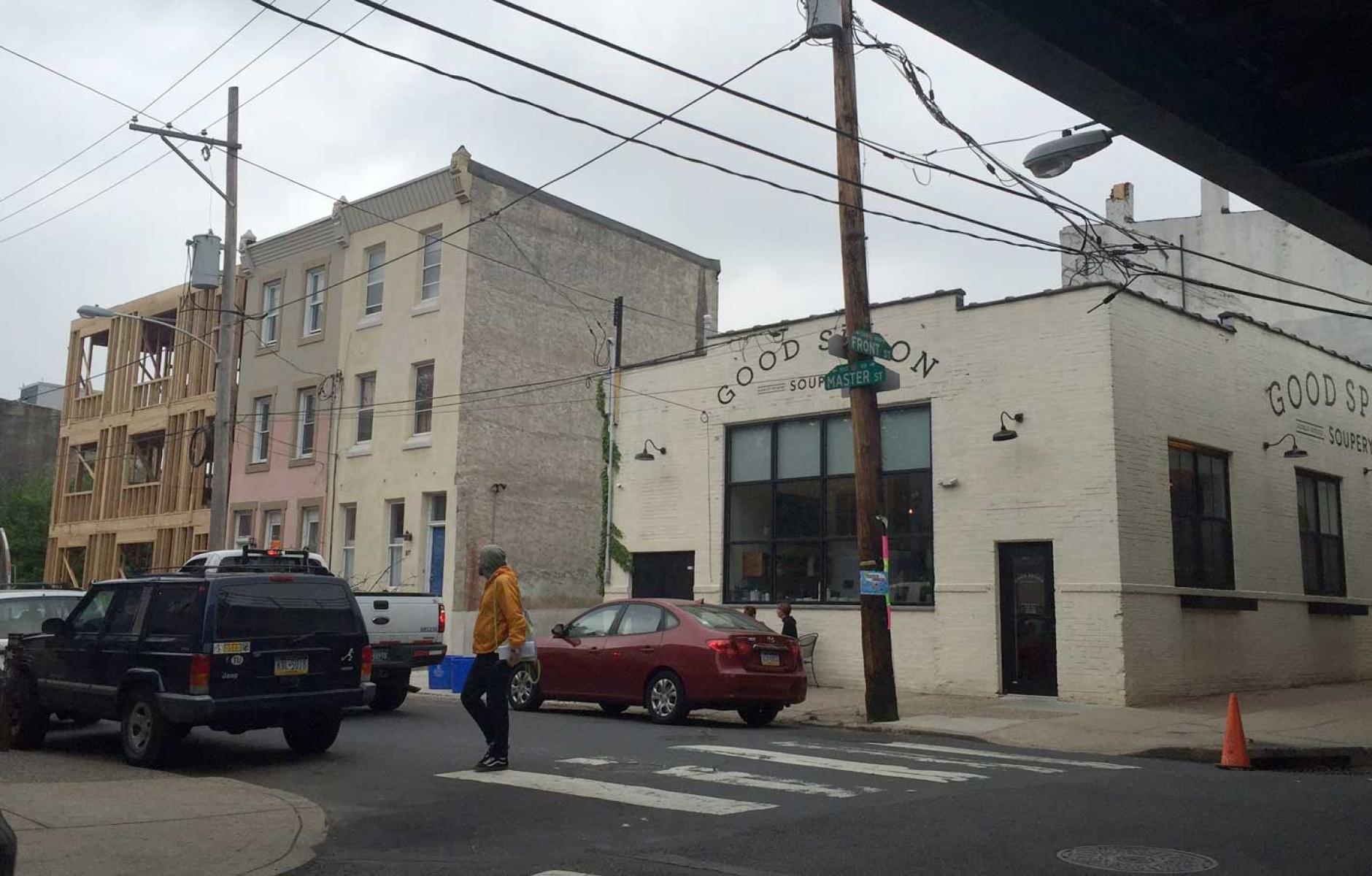 For those who are concerned that too many big developers dominate urban revitalization, the Naked Philly blog is an antidote.
ROBERT STEUTEVILLE   &nbspMAY. 25, 2016

I’m guilty, like a lot of writers, of focusing on the larger projects. Many articles are written on 500-unit mixed-use developments while scores of little urban projects fall under the radar.

I recently checked in with the Naked Philly blog, which shows the transformation of a major city in all its glory. Most of the projects profiled on this blog are small-scale, incremental urbanism. Six townhouses here, a triplex there, a single house built to fill a gap on some obscure street. In a few years, the missing teeth are filled in and the street is reborn. But Naked Philly also covers mid-sized projects—such as the development of a 48-unit hotel on top of an existing five-story building, or 43 units and ground-floor retail on the site of a former warehouse. It sometimes covers the large developments—like the new Mormon Temple and Robert A.M. Stern’s accompanying high-rise mixed-use condominium building on a former surface parking lot.

I counted Naked Philly articles during a recent three-week period, and found 19 smaller projects, 5 mid-sized developments, and 4 very large mixed-used projects profiled—plus 3 stories on projects that stalled or fell through. The output doesn't seem systematic—the writer drives the city, takes photos, does a little research, and writes an article.

All kinds of architectural styles are represented. Naked Philly has decent judgment about what is done skillfully or with poor taste—and the potential economic reasons for decisions.

Whether the architecture is good or bad—and there is a mix—most of it passes muster as urbanism. The buildings generally meet the street in an urban-friendly way. The streets themselves are mostly walkable, with tight urban dimensions. Some older buildings are being torn down for redevelopment—and Naked Philly applauds or mourns these demolitions depending on the particular building and its architecture. Many historic buildings are being rehabbed and the city has a vast supply of 18th, 19th and early 20th Century buildings. That doesn’t excuse unfortunate destruction, which is happening in places but not on the scale of 20th Century urban renewal.

Naked Philly offers an unvarnished view of New Urbanism in the city, because it covers such a wide range of projects small and large—the great, the good, and the bad. I suppose that's why it's called naked. If Naked Philly is a good indication, the urban form of new development has improved this century in cities like Philadelphia. Few projects have parking lots in front, large garage doors on the street, superblocks, drive-throughs, or any of the other common characteristics of development that blighted the city for many decades in the 20th Century. That improvement is partly due to the influence of new urbanist ideas—and for that we can be grateful.

We can also be thankful that Philadelphia is being reborn with a mixture of small and large investment. For every massive development in Center City and University City, multiple small and mid-sized developments are being built, which adds to the fine grain and diversity of the city.

Philadelphia is a study of how revitalization is taking place on a 19th Century street grid, shaped by regulations that, while imperfect, at least recognize the importance of walkability and the public realm. With its rowhouse and warehouse neighborhoods, Philadelphia may be particularly friendly to small urbanism and mid-range densities. Yet this kind of mix is happening in cities and towns, to a lesser or greater degree, all across America. While we write about the larger projects, let’s appreciate how much small-scale, infill development is helping to transform our cities.