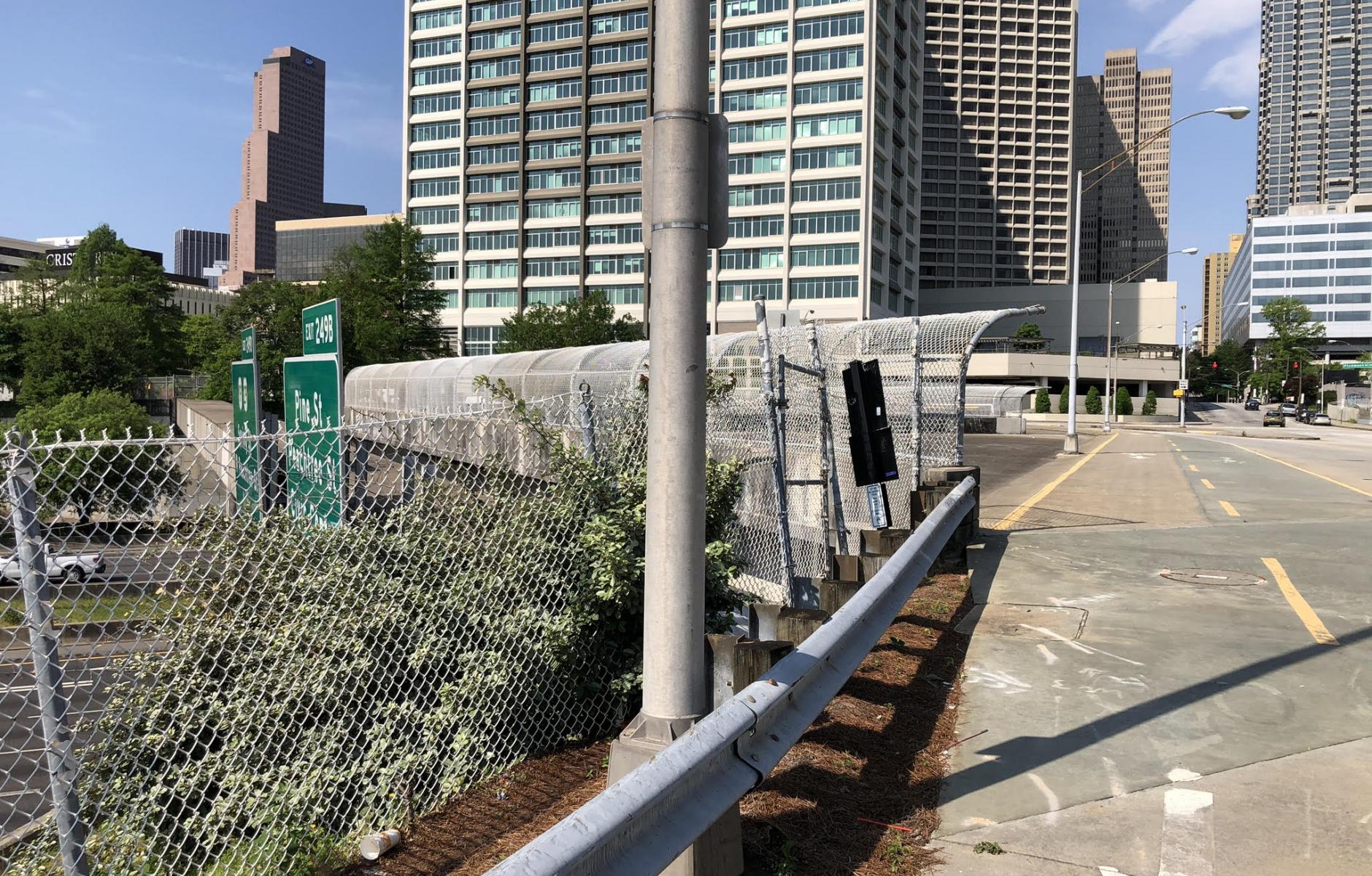 Atlanta’s Downtown Connector: Bury it or demolish it?

In 1952 the first section of an expressway that would split the heart of Atlanta opened. It was designed in the 1940s to connect the growing suburbs to the north with those in the south, while providing a fast way around congested streets in bustling districts like Five Points. Eventually, it would serve as the route for Interstates 75 and 85 through the city. This expressway was Atlanta’s Downtown Connector.

Construction of the highway displaced businesses along multiple streets between Georgia Tech and Midtown. In some cases, whole streets were eliminated to make way for the project.

More ominously, the route targeted predominantly Black neighborhoods, a tactic that was common in an era that was intensely racist. In fact, the governor of Georgia at the time of the ribbon-cutting, Carl Sanders, campaigned on a platform that called for continued racial segregation.

Among the neighborhoods destroyed was the Sweet Auburn district, an area that was once the most prosperous predominantly-Black commercial district in the United States. It was the neighborhood where Martin Luther King, Jr., grew up and began preaching at Old Ebenezer Baptist Church.

Mechanicsville, so named because of the population of railroad workers who lived there, was virtually obliterated. An interchange on the Downtown Connector with Interstate 20 built in the early 1960s took out the northern section, while the Atlanta-Fulton County Stadium would nearly finish it off a few years later.

In the 1980s, the Georgia Department of Transportation (GDOT) embarked on a massive highway expansion project that would further nibble away at the remains of these once-prosperous neighborhoods. The Freeing the Freeways program would take the Downtown Connector from six through-lanes to twelve, then ultimately to fourteen lanes just prior to the 1996 Olympics. This last expansion was via HOV lanes that were squeezed in by narrowing the existing lanes.

Today, those who live in the remnants of these neighborhoods must inhale the staggering pollution emanating from the continuous traffic jams on this highway. The separation of areas to the east from areas to the west resembles that of a broad river, though it is far less scenic than even the most polluted waterway.

To mitigate this scar on Atlanta’s urban fabric, two freeway cap proposals are being pushed by local business groups. One is in Midtown Atlanta, a formerly moribund area just north of downtown. The other is on the east side of downtown.

In Midtown, the cap is proposed to extend from roughly the North Avenue interchange north to the 17th Street interchange. It bears the rather unwieldy moniker, Midtown Connector Transportation Improvement Project (MCTIP). Its supporters include the Midtown Alliance, Midtown Improvement District, and Propel Atlanta, a coalition representing local cyclist and pedestrian concerns.

The Midtown cap would provide over 25 acres of much-needed greenspace in a market that does not otherwise support its creation due to land value constraints. It would create connections between Georgia Tech, most of which is on the west side of the route, and major company headquarters to the east, such as NCR, Norfolk Southern, and Anthem Healthcare.

Downtown is advocating for a cap called The Stitch. This project would bury the northern portion of the Grady Curve, named for the highway’s curve around Grady Hospital, Atlanta’s only major trauma center. Groups supporting this effort include the Atlanta Downtown Improvement District, Central Atlanta Progress, and Propel Atlanta.

Burying this portion of the curve would reconnect street grids broken by the expressway and create 14 acres of greenspace. Highway noise that now echoes through the area would be muffled and air pollution would be partially filtered. Additionally, the city and state would finally be forced to pay attention to the needs of those who currently live in homeless encampments under virtually every bridge and in every interchange. However, it would not do much to heal the legacy of nearby Sweet Auburn’s destruction and nothing for Mechanicsville, which is even further south.

Both projects are still early in their design and funding stages. Local politicians, who are mostly Democrats, express support, but their financial commitment remains minimal. State politicians, most of whom are Republicans with constituents outside the city, appear to be lukewarm to spending what would be massive amounts on these projects.

The Midtown cap and the Stitch may include measures that would aim to increase capacity, such as ramp alterations and additional lanes. Such measures would likely increase congestion along the route and connecting surface streets, thanks to the well-researched effects of induced demand. GDOT would likely support such efforts to expand capacity, as they floated the idea of double-decking the Downtown Connecter several years ago.

One concern that follows efforts to bury or remove freeways is what they can do to property values. Expressways suppress livability, so hiding or eliminating them often boosts the attractiveness of their former routes. Housing costs and property taxes are likely to increase. Fortunately, Atlanta already has experience with mitigating the impacts of infrastructural gentrification, thanks to the Atlanta Beltline.

The Atlanta Beltline is a concrete multiuser path on the site of a ring of abandoned railways. Its construction has triggered a huge development boom in areas that had been long-neglected. To offset the displacement of residents, an overlay district has been created that mandates the inclusion of affordable units in any residential construction. This model would likely be repeated in the vicinity of any freeway caps.

Simple highway removal has been floated for this route, as it would be far cheaper than burying so many active travel lanes. However, GDOT has demonstrated that they do not accept research and real world examples of induced demand resulting from highway expansions. Widening roads remains their go-to tactic for congestion reduction throughout the metro Atlanta region. Therefore, it’s unlikely that GDOT will accept the flip-side of induced demand research, which is that reducing road capacity can actually lower overall congestion.

That’s a shame, because costs are going to be a problem. Early, and probably optimistic, estimates for these caps are tremendous. The Stitch may come in at $300 million, while the Midtown cap may cost about $1 billion. Whatever political and bureaucratic headwinds removing a highway like the Downtown Connector will generate are likely to be dwarfed by those swirling around the caps because of their expense.

Note: CNU is working on its eighth biennial Freeways Without Futures report. Soon we plan to release the 10 projects that made the list, followed by the complete report—due out in April. 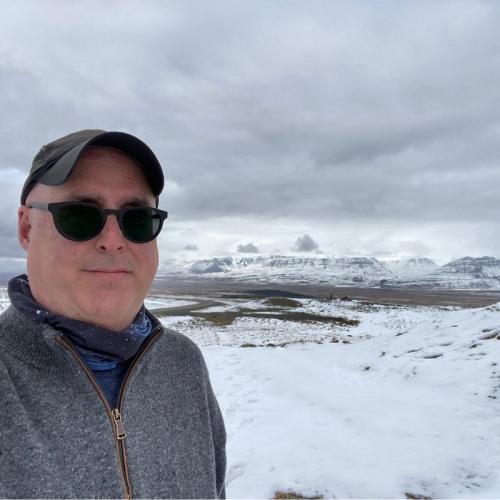