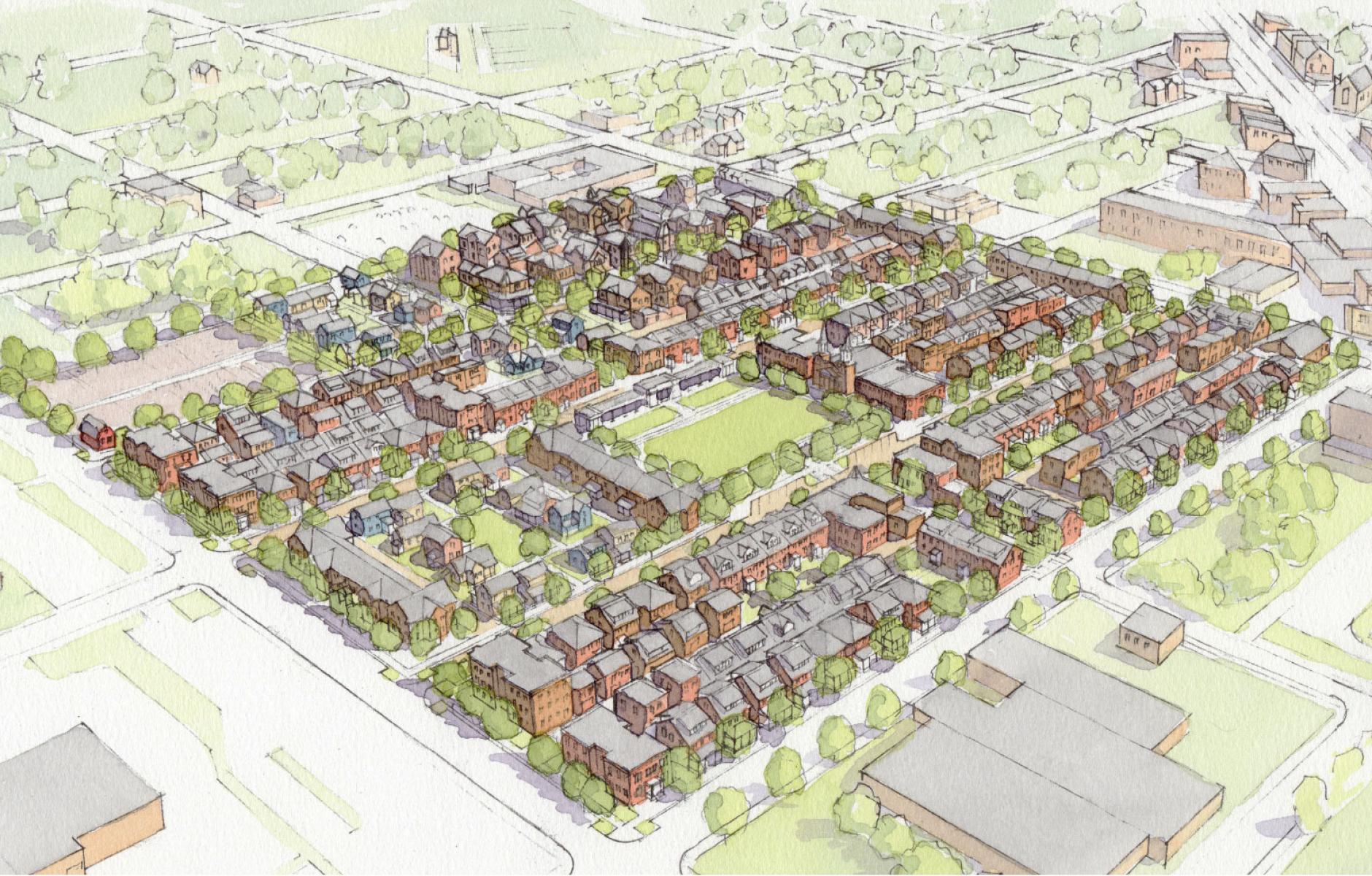 Many thousands of churches are being abandoned in North America as worship communities become geographically dissipated, often spread over large metropolitan areas. Some parishioners of St. Joseph Shrine, a historic Catholic Church just northeast of downtown Detroit, believe that outcome is not inevitable.

They have a vision to build an urban village on eight vacant blocks near the Eastern Market, a historic commercial district in Detroit. They hired Erik Bootsma, an architect based in Richmond, Virginia, who specializes in church-related projects, to do the master plan for St. Aubin Village. Bootsma recently received in Urban Guild Award for the project. “The intent is to offer homes for the members of its congregation who currently drive from far flung suburbs into Detroit to worship, thus transforming the existing commuter community of worshipers into a community every day of the week, not just on Sundays,” says Bootsma.

The 16.5-acre site would be divided into about 200 lots of varying sizes to provide a mix of housing types—from single family cottages to apartments and duplexes—enabling parishioners of varying ages and incomes to live in community. The urban plan retains the current blocks intact, with the exception of a central square carved out of two of the middle blocks. The proposal is very efficient from an infrastructure point of view, and yet creates a distinct village character.

The square is important for social gathering and provides a focal point for the neighborhood. “Centering on the north south street, a market square allows for year-round activities, such as concerts in summer and skating in the winter,” notes Bootsma. “A small commercial strip would allow for retail and local coffee shops and have offices above for small businesses. Centered on the square, a chapel would be built for the daily devotions of the parish, but also be a community landmark and a gathering space.” On a portion of one block, an urban farm is planned.

The village is in the planning stage and the congregation is looking for investors. “Saint Aubin Village will also improve urban life in Detroit by adding local shopping, greenspace, and additional tax revenue for the city,” the website states. “Through the creation of beautiful buildings, Saint Aubin Village will contribute to the continuing cultural renewal of Detroit.”