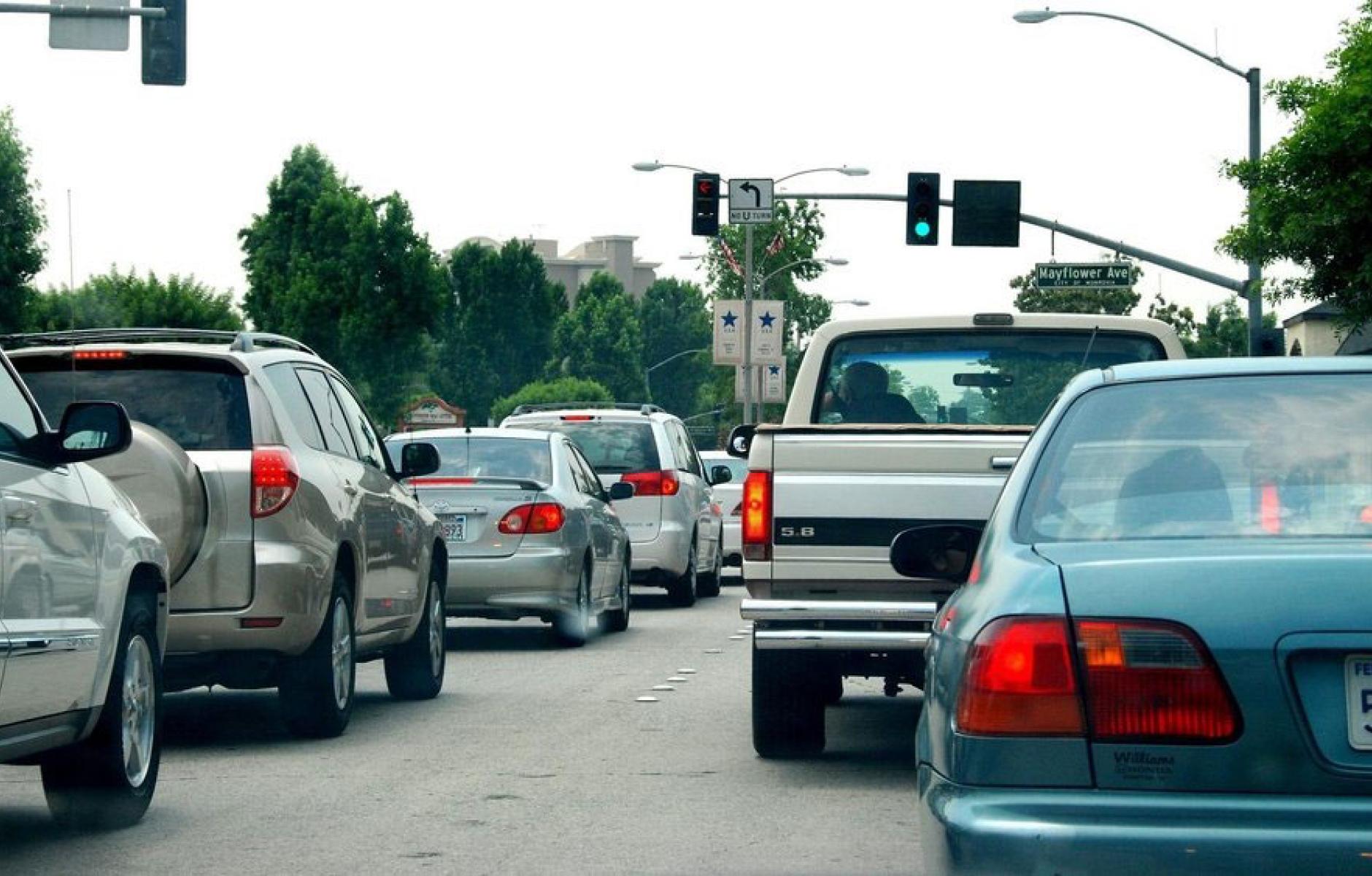 The factors leading to traffic are more complex than most people think—a still-simple but more accurate formula shows shows why compact neighborhoods are the solution, not the problem.
DANIEL HERRIGES   &nbspSEP. 1, 2022

My neighborhood association recently issued a statement of support for a 372-unit apartment complex proposed to be built on disused land at the edge of the neighborhood. Far from everybody agreed with this step. There was a lot of dissent internally, and virtually every single neighbor who wanted us to formally oppose the proposal had one word in common: “traffic.”

My city has—at times, in places—a traffic problem. Many of my neighbors’ preferred solution to this, based on talking with them and reading Nextdoor and local Facebook groups, is to forcefully oppose new development plans which they believe will overcrowd our roads. Some also suggest we need to widen key roads or intersections.

My solution to this problem, in broad strokes, is to welcome a lot more people to live in close-to-downtown neighborhoods like mine, let others build homes for them, and with that, usher in new neighborhood-serving businesses and services that are close to where we live. Reduce the amount we all need to drive. Many of my neighbors, to put it bluntly, think I’m crazy.

When something you find obvious seems crazy to someone else, or vice versa, it’s usually because you have very different underlying mental models of the situation.

Mental models, heuristics, rules of thumb. We all use them. These aren’t fully fleshed-out theories of how things work. They’re shortcuts: deliberately simplistic explanations of the causes and effects of some complex phenomenon. They are useful when we don’t have the ability, time, or inclination to grapple with how it works in a more precise way.

Most of us arrive at our opinions about a lot of real-world issues based on simple mental models. And when we are presented with new facts about the issue, our model is the scaffolding on which we hang those facts. When facts don’t fit our mental model, we’re liable to be confused by them or even disregard them.

A model is useful when it gets us adequately close to an informed understanding of something that we can then act on. But the question is always what it leaves out. The things you’re not considering as part of the equation tend to constrain your sense of the possible solutions to a problem.

The most common mental model of traffic

What’s wrong with this model?

It’s not just that this model is wrong (though it is). All mental models are technically wrong. They’re shortcuts, and that’s why they’re helpful.

It’s also not that lots of people literally believe that traffic is a simple linear function of the number of drivers in your community, and there’s nothing else that goes into it or affects it. Rather, I’m saying lots of people’s gut reactions to traffic issues are based on the unconscious or conscious belief that the cause of traffic is “too many drivers on the roads.”

This model is unfortunate because it leads reasonable people to conclusions that are either hopeless or outright misanthropic.

If traffic really is a source of frustration in your life, it easily becomes a driver of reflexive NIMBYism: advocating for your community to pull up the drawbridge. “There are just too many people here now”; “we can’t handle any more development”; “we’re full”; etc. These assertions, which are incredibly easy to hear in the fast-growing and mostly suburban area where I live, are usually rooted in complaints about traffic.

We (understandably) resent sitting behind other people’s cars on the road, and we all-too-readily generalize that to resentment of the people themselves: How dare they want to live where we live, and be out doing the same things we do, for the same reasons! The stress of traffic turns us into misanthropes. But more pointedly, the incorrect, and often unconscious, belief that the cause of traffic is simply too many humans is what turns us into misanthropes.

Ever seen that meme: “You’re not in traffic; you are traffic”? It skewers the fundamental double standard at play here. But it still does nothing to offer a solution. “Just put up with it; it’s hopeless, and anyway, you’re part of the problem, too,” is the message.

I’ve talked to countless people who despair of a solution, all the while talking about the place we both live as though it’s some sort of despoiled former paradise. “It was so nice here before it got too crowded,” they say. “Now it takes forever to drive places.”

So, the simplest possible model of what causes traffic problems leads to some pretty miserable conclusions. But another indictment of it is that it’s plainly wrong in terms of how it describes the world. If it were accurate, congestion would correlate almost perfectly with population density. But it doesn’t. In fact, rush hour in the spread-out suburbs of Houston, Atlanta, or Denver is often worse than in the core neighborhoods of older Northeastern and Midwestern cities that are three to six times more densely populated.

So, something is wrong with our model. How can we improve it, while still keeping it simple, as a good heuristic must be?

Let’s add a variable. How about this:

Under this model, traffic problems aren’t just caused by how many people are out there driving, but by how much, on average, they drive. How often and how far. This passes the common-sense test. And it opens up whole new avenues for discussion.

TRAFFIC = (The number of people driving) x (How much they drive)

A lot of unhelpful rhetoric around traffic problems (including from planning experts who know better) emphasizes the phrase “getting people out of their cars.” The implication, as this is heard, is that we have to turn drivers into non-drivers, and it understandably strikes most ears as unrealistic in a place (like 95% of North America) where the alternatives to driving, to put it charitably, suck.

Whether people drive is a binary variable: yes or no. How much they drive is a sliding scale. Strong Towns contributor Addison Del Mastro, on his Substack, recently wrote of the suburbs around Raleigh/Durham, North Carolina, “The traffic is elevated, despite the area looking sparsely developed. I’ve come to see that by spreading out residential and commercial development, we’re creating far more traffic than we need to. If every errand generates a 10-minute car trip, you’re going to have a traffic problem.”

A sliding scale can be slid the other way. What land-use or infrastructure decisions would allow you not to give up your car, but to drive 20% fewer miles each week? A closer grocery store? More frequent transit service to where you work, or service at the right hours? Protected bike lanes in the neighborhood? A crosswalk to access the park you currently drive your kids to because you’re afraid to walk across the six-lane road that’s on the way there? You can no doubt imagine other things, and some of them are probably fairly simple.

It also makes it possible to understand how increased development in an existing area, or increased population density, might not lead to the gridlock everyone fears. New residents in an area bring new businesses and overall vitality. Ultimately, this shortens trips—not just for the new arrivals, but for the existing residents—as more of what they need is within close range.

The layout of the community, not just the density, affects the question of how much people drive. When businesses and residences are more integrated with each other, routine trips become shorter. When you have strict separation of uses, as in most parts of those Raleigh suburbs, you have to leave your neighborhood, hop on a major road, and travel to a shopping plaza at a major intersection in order to conduct the most basic errand.

And leaving your neighborhood is likely to be a circuitous affair, because suburban subdivisions often have only a couple entrances and exits. This is how you get, in extreme situations, two houses that share a backyard but are seven miles apart by car. Or in much more ordinary situations, relatively short trips that are much longer than they need to be. The difference between designing a place where the average trip to the grocery store is five minutes versus a place where it’s 10 minutes is about policy choices, and those choices have a colossal effect on traffic volumes.

In the one on the left, drivers going to, say, the grocery store naturally fan out across many routes. No one of those routes becomes overwhelmed with cars. If there’s a crash or construction, drivers just go another way.

In the one on the right, every single driver leaving the neighborhood for any reason gets funneled onto the same road. Naturally, that road will feel crowded with cars even when the surrounding area is pretty sparsely developed.

The ironic thing is, many of the specific remedies for traffic that my neighbors suggest when a specific new development is proposed would worsen, not improve, this problem. The most common one is to restrict access to new apartments to exclusively to/from main roads, so that residents do not use the adjoining neighborhood streets. While this superficially benefits residents on those streets, it only worsens the bottleneck effect of funneling traffic onto a few main routes.

That’s a conversation I’m glad to have with neighbors who are worried about the traffic impacts of new development. There’s room to talk specific remedies, and nobody needs to be a planner or have data at their disposal; we just all need to share an understanding that the problem is more nuanced than, “There are just too many dang people!”

Our three-variable narrative goes like this: “Traffic will be bad where there are a lot of drivers, they have to travel long distances to meet their basic needs, and they are funneled onto a small number of routes to do so.” (I’ve basically just described the newer suburbs of any large U.S. city. This model also explains commuter rush hour around major downtowns.)

Conversely: “If you want to make traffic better, you can either (a) get people out of their cars, (b) get people who do drive to make shorter trips less often, by bringing destinations closer to them, and/or (c) create more viable alternative routes for people who drive to avoid choke points.”

Now we’re not talking about a hopeless problem caused by the overpopulation of the human species, but something we can take countless incremental steps to remedy even as the population continues to grow. Without resenting our new neighbors. 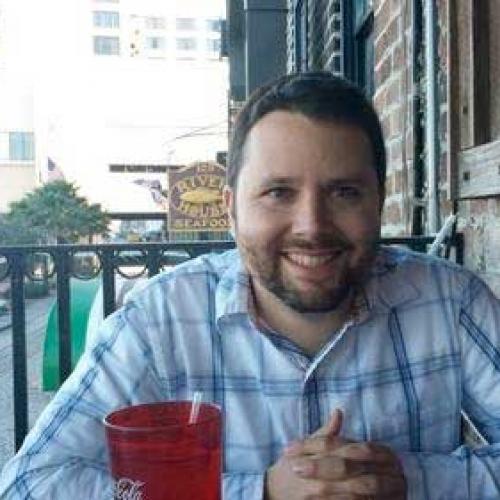