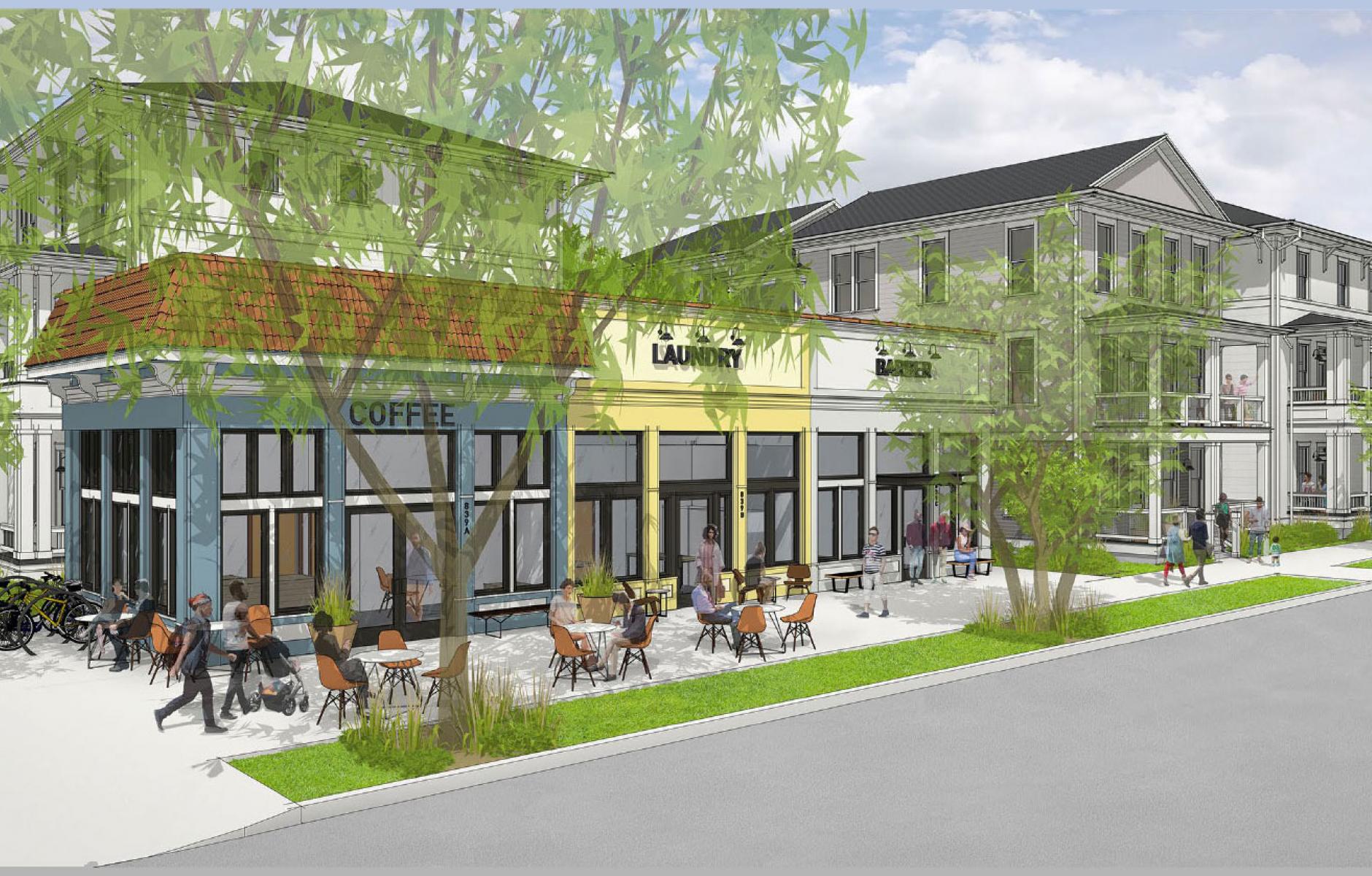 Building the Beloved Community in Atlanta

“Physical solutions by themselves will not solve social and economic problems, but neither can economic vitality, community stability, and environmental health be sustained without a coherent and supportive physical framework.” From the Charter of the New Urbanism​

Five years has passed since a Land Use Framework Plan for Westside Atlanta was adopted, and wide-ranging progress has been made in implementing the vision, which won a CNU Charter Award in 2017. Parks have been built, connections made to the Atlanta Beltline, anti-displacement programs are up and running, and affordable housing and other developments have sprung out of the ground.

The plan marries community aspirations with new urban principles in disadvantaged neighborhoods. The goal is to attract investment to a three-square-mile area with a magnificent history of civil rights activism—impacting three large neighborhoods and a historically Black university district without displacing the local population.

Westside Future Fund, which is partnering with the city and other public and private organizations to implement the plan, is creating a model for layering philanthropic, public, and corporate impact funds. “We have set a goal to build 800 units of housing affordable to households earning 60 percent of area median income,” says John Ahmann, President and CEO of Westside Future Fund (WFF). The intention is to “protect a wage class.”

Westside was one of the first places in Atlanta where Blacks were allowed to settle after the Civil War, and it was the heart of that community for 100 years while segregation severely restricted where they could live. The Black population has since dispersed throughout much of the metro area, and yet the City of Atlanta itself is number one in America for income inequality, with Blacks earning one-third of Whites.

At its peak in the early 1960s, the Westside neighborhoods covered by the plan were home to about 50,000 people. Over the last 60 years, the population fell below 20,000, while social indicators such as crime, illiteracy, and deaths by overdose told the story of decline. The good news is that Westside has room to grow again. The plan seeks to raise the population up to 40,000 by mid-Century, and also move the needle on social issues.

How households may benefit

High-paying jobs and businesses are coming to Westside, which is adjacent to downtown on the other side of a highway and convention/sports district, but these investments are pushing up land and housing prices. That change in value may be inevitable, especially since prices have gone up throughout Atlanta. The question is: How can revitalization have a positive impact on low-income families that already live there? “We need private investment,” says Ahmann. “A mixed-income neighborhood is the best shot for children. But families can’t be driven out.”

The Westside project employs a range of programs, including an anti-displacement tax fund (ADTF)—qualified homeowners that sign up are guaranteed no increase in taxes for as long as they own the home. Dhiru Thadani, the DC-based urban designer who drafted the land use plan, calls the ADTF “the unique piece” of Westside’s revitalization. So far, 133 mostly long-time homeowners are part of the program—they average $26,000 in income and more than a third are senior citizens.

About 16 percent of Westside residents are homeowners. The vast majority are renters, and the key is to make sure that group is able to stay. Almost a quarter of Westside residents are in public housing, and so that segment is safe. The remaining 61 percent are highly vulnerable to rising costs, and the majority of these households earn below 60 percent AMI. That’s the segment that WFF is targeting with its affordable housing development. WFF’s 800 units at 60 percent AMI will be joined with more units by the Atlanta Housing Authority and private developers.

The largest proportion of this funding is coming from 10 Atlanta-based corporations, which have invested $46 million in “Impact Capital,” which is low-cost, flexible money for WFF, because the corporations don’t make a profit on the loan. The impact funds have leveraged nearly $20 million in philanthropic dollars raised by WFF and $9 million in public funding. Dozens of well-known firms have contributed philanthropic capital.

The organization has been renovating and developing more than 200 single family houses, which are offered to sale for families in need. Based on income, a portion of the home can be financed by a 10-year, 0 percent, forgivable loan. WFF has also been developing multifamily and mixed-use projects, totaling 332 affordable units built or in the pipeline.

“For us, having this program in place, having these opportunities in place, really was the key to us moving from renters to homeowners in this community,” says Nandi Canty, who purchased a single home with down-payment assistance with her husband and family of four.

The organization isn’t just throwing up generic units, but seeking to meet the goals of the plan, which is designed to build on the history and architecture of Westside. Each neighborhood has a slightly different character, which is codified in design standards. The plan is like architecture on a multi-neighborhood scale, with the goal of creating a walkable and bikable 15-minute city, where households have access to everything they need close by. The plan calls for missing middle housing that includes courtyard development, townhouses, and small apartment buildings, in addition to the prevailing single family.

Infrastructure, including the highway and a stadium, have isolated Westside from downtown—now it is helping to link the area to the rest of the city. Open space amenities have been built that would make any urban neighborhood proud. Among them is the three-mile Westside Beltline Connector trail that connects to the 22-mile Beltline—providing access to much of the city. The Beltline itself is meets the western edge of Westside. Two major new parks serve dual purpose—mitigating stormwater flooding in low-lying Westside, and offering great facilities. The largest is the 16-acre Rodney Cook Sr. Park, which stores up to 10 million gallons of stormwater. The park is set up as a multi-neighborhood space for outdoor activities. Previously, this site consisted of a couple of blocks of largely vacant land, prone to flooding.

Much more is happening in Westside. A job training program, Westside Works, prepares residents for careers in skilled trades, culinary arts, and information technology. More than 700 graduates have been placed in living wage, full-time jobs. The fund has contributed more than $7 million to schools serving the area.

One of the brightest developments has been more than 30,000 new jobs being created in facilities within a short distance of Westside, including a Microsoft facility with 15,000 office jobs.

On the cultural side, long-neglected historic sites have received considerable care. The residence of Martin Luther King Jr. and his family, in the heart of Westside, is an obscure but important piece of civil rights history. The house was purchased in 2019 by the National Park Service with plans to open the house to visitors.

About 50 projects in all are built or moving forward throughout Westside.

The Land Use Framework Plan partnership was funded by Chick-fil-A Foundation, and the restaurant firm’s chairman, Dan Cathy, has been involved from the start. Arthur M. Blank, the cofounder of Home Depot, has also been the source of significant funding.

The last five years have been difficult at times. Westside has not been immune to a national trend of rising crime in major cities, and the pandemic has set back educational progress. But it takes more than five years to create a Beloved Community—which is Dr. King’s term for a place where everybody can share in the prosperity. “We’ve planted a lot of seeds to enable social change over time. Are we moving in right direction? I think so,” says Ahmann.