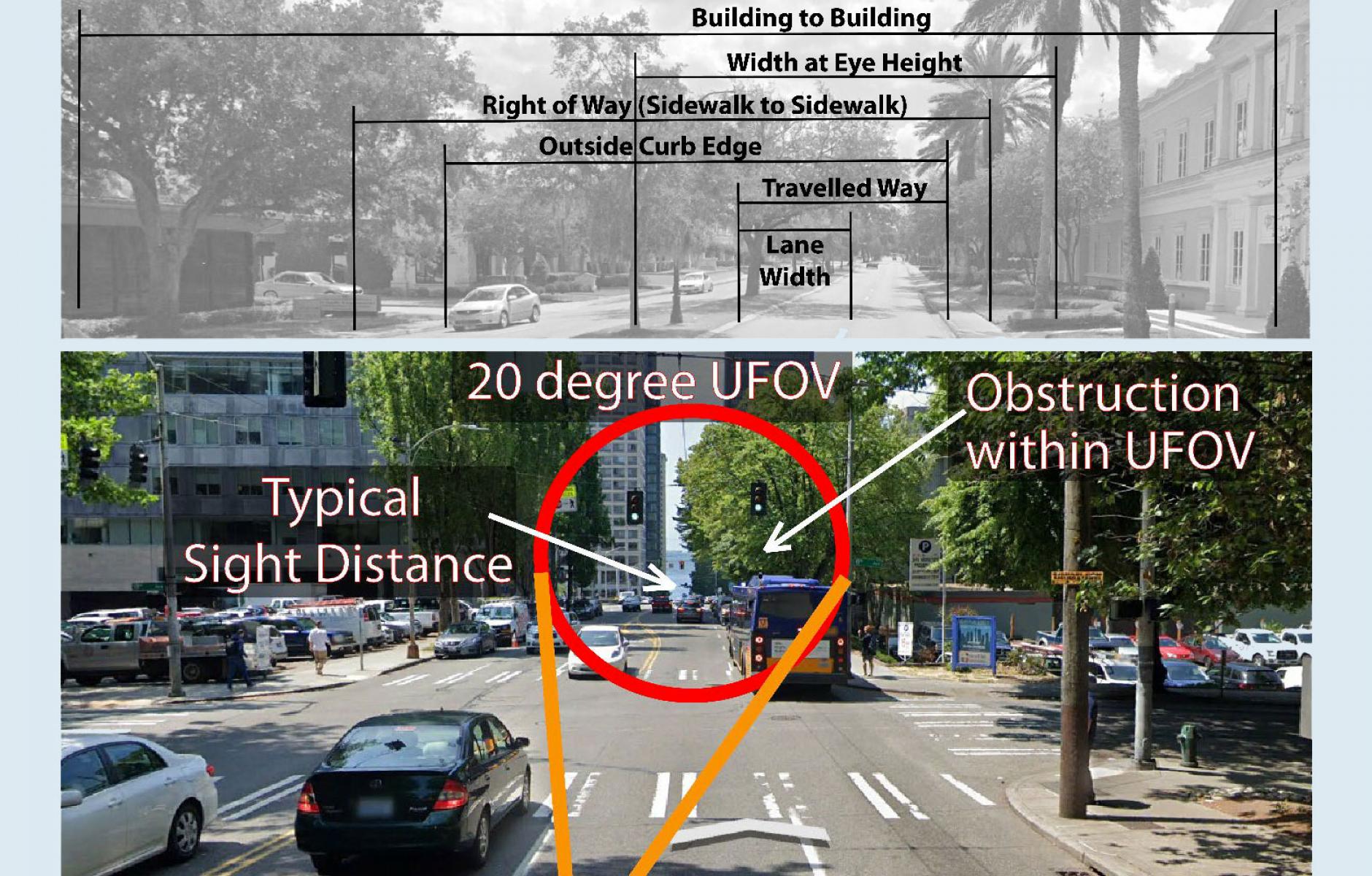 How the human face influences driver behavior in urban places

Being able to read facial expressions in a complex urban environment causes drivers to pay attention and proceed cautiously, according to a University of Central Florida paper, Identifying Mental Frameworks Underlying Driver Behavior in Urban Contexts.

The research, prompted by a shift in Florida policy toward designing streets based on urban context, was presented at CNU in Oklahoma City by Dr. Patricia Tice, a transportation engineer and planner based in Winter Garden, Florida. The team used eye-tracking analysis in 3,600 vehicles and 200 locations in Tampa and Seattle, over the course of a year. Acceleration, lane position, and speed were also tracked.

The purpose of the analysis was to “uncover the mental frameworks that impact attention, caution (vigilance), and speed within a complete street environment.” Researchers identified the two key factors as 1) The ability to see faces, and 2) A changing urban environment.

“In urban environments, drivers’ attention is reflexively elevated when they expect to see the human face or form based on the neurological reward systems intrinsic to human identification,” the paper says. Drivers can only read facial expressions within a distance of 90 feet—in the field of view—and traveling at less than about 40 mph.

“Vigilance is maintained along the length of the roadway through the rhythm of salient information the driver receives. Frequent changes in land use type, short blocks, close driveway spacing, the corridor aspect ratio, and the sense of enclosure help maintain interest as the driver proceeds through the space.”

In other words, “integrated design” is safer than “buffered design,” notes Tice. Integrated design is a traditional neighborhood. A walkable environment has slightly more vehicle crashes, but they tend to be fender benders, and there are fewer pedestrian crashes, she explains. “That’s a good trade-off.”

The “clear zone” approach, where traffic engineers remove obstacles close to the thoroughfare, is only for 50 mph or higher, she says—in other words, on roads and highways with few complications and distractions.

In urban environments, safe design is “all about seeing people. If people are close enough to the driver that they can see their expression, it gets the driver’s attention,” Tice says.

When the two key factors are present, driver behavior is moderated automatically. One only one of the factors is present, speed is impacted but not as significantly, the paper notes.

The danger of stroads

The research points to why “stroads,” thoroughfares that combine high-speed design with complex urban environments, are the most dangerous, particularly for pedestrians. Although stroads are hostile to pedestrians and bicyclists, they often are used by people outside of automobiles—which the researchers label “vulnerable” users.

Walk Score (walkscore.com) is a strong predictor of vulnerable users, but not as strong as short block lengths. “One of Walkscore’s weaknesses is that it measures the accessibility of an area but has no connection to the actual number of people who do walk in the area and the contextual variables that make the walking environment look suitable for walking from the driver’s view,” they note.

The authors recommend a shift in roadway design, which should be placed in three categories, conceptually.