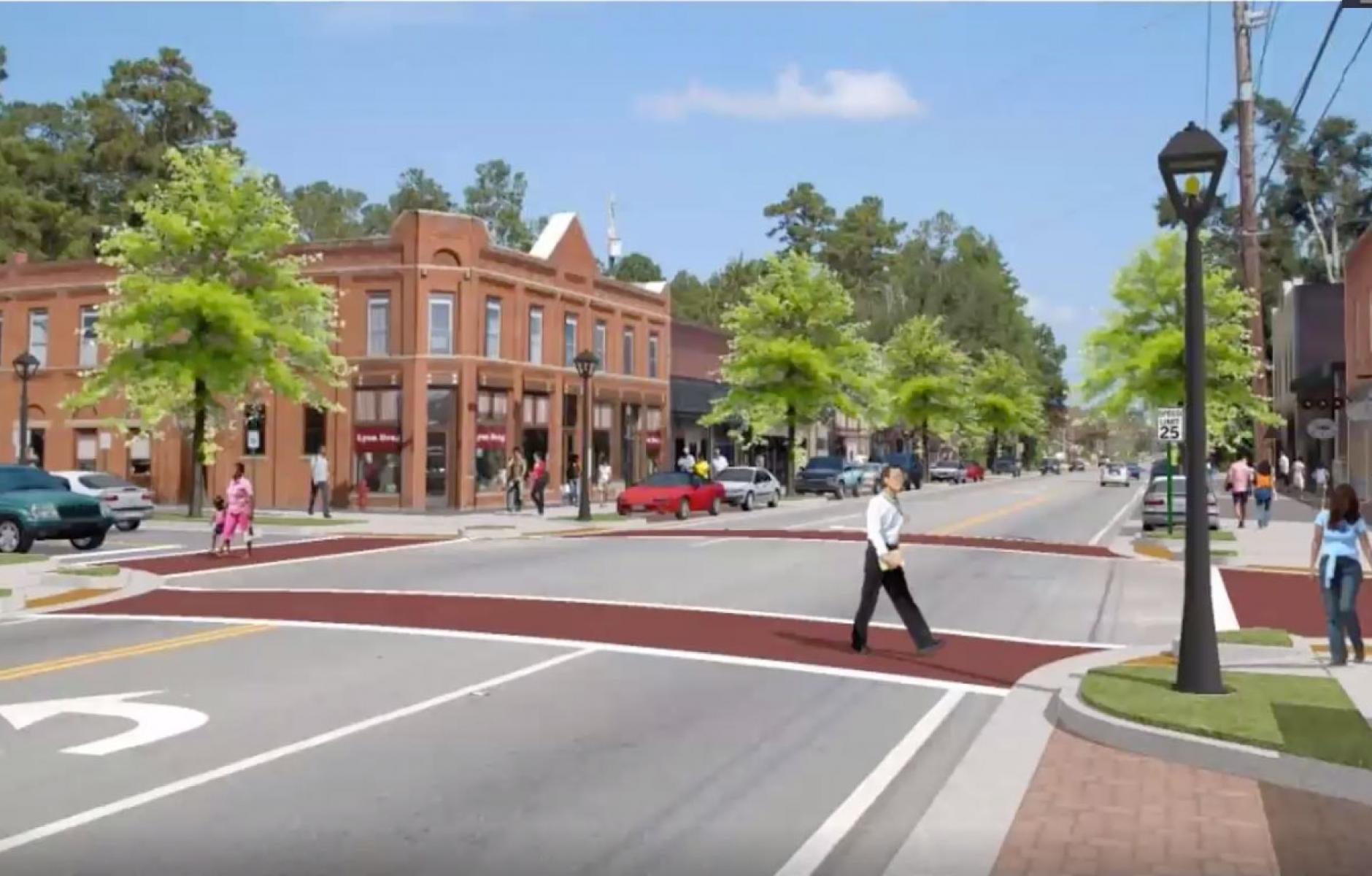 How Florida is transforming its streets

Florida thoroughfares are among the most dangerous in the US for walking and biking, but the state has adopted an innovative design system to address these challenges over time. The state’s dangerous thoroughfares come from many decades of automobile-oriented design that mostly ignored context. Florida’s recent street design model is worthy of emulation by other states.

Florida’s model acknowledges that streets serve many purposes—they serve as public spaces, rights of way for walking and biking, and centers for commerce and community identity—in addition to conduits for automobiles. The model calls for different designs according to context: such as downtown, urban center, urban neighborhood, residential suburb, commercial suburb, countryside, or natural area. These seven context zones, covering the entire state, represent a new and common-sense approach to street design for a state Department of Transportation.

Billy Hattaway, an engineer, former Florida DOT official, and current transportation director for the City of Orlando, explained the Florida model to attendees at CNU 28.A Virtual Gathering. According to Dangerous by Design, eight of the 10 most dangerous metro areas nationwide for pedestrians are located in Florida. Florida’s thoroughfares may be dangerous, but similar design approaches were used in all states since the middle of the 20th Century. “Why should you care?” Hattaway asks. “Because it affects your quality of life, how you get around, public health and safety, and economic development.”

Florida adopted reforms because “We could not continue to design streets the way we had been doing and expect different results in terms of safety for all of our transportation users—especially for the most vulnerable users,” Hattaway says. Street design in Florida is now based on context. “It’s about building the right street at the right place.” The context zones are based on the new urbanist idea of the rural-to-urban Transect.

A key direct result of reform is to change target design speeds. “Minimum design speeds previous to the Florida Design Manual, regardless of context, were 40 mph,” Hattaway says. In five of the seven context zones, Florida now allows lower design speeds. “In urban cores, urban centers, and urban neighborhoods, design speeds are much lower than they used to be.” Reduced speeds in walkable context zones have a big impact on health and safety, because fatalities and long-term injuries rise rapidly in car-pedestrian crashes above 20 mph.

Standards for sidewalks on state roads have also changed. Dimensions used to be set at 5-6 feet wide. Now, the state will build and maintain 6-12 feet, in some cases wider. Perhaps more importantly, travel lane standards have been reduced. They used to be 12 feet statewide—the width of Interstate lanes—now lanes can be as narrow as 10 feet. Not only does this slow traffic and make thoroughfares safer in walkable zones, but also the excess pavement can be allocated to create bicycle lanes.

The design speeds and dimensional changes will have an impact over time, because streets are rebuilt and redesigned incrementally. Over decades, the impact should be substantial.

The three walkable zones—core, center, and neighborhood—are also envisioned with connected street networks. Highly connected networks are very important for safety, Hattaway says. “If a fire department has more of a network, they have less need for wider streets.” Connected streets also allow for greater capacity at urban densities.

Orlando, where Hattaway works, has inherited a highly disconnected road system due to 20th Century practices in combination with lakes and wetlands. The two houses in the Google maps image above (marked A and B) are 70 feet apart in the back, but separated by 7.1 miles of road network. This level of disconnection impacts many important systems, including schools. These two houses are in different developments and only one has a school. Children therefore have to be bussed long distances. This design also impacts the cost of private sector deliveries. “The only cost for governments to change this is political will,” he says. “It actually would reduce costs to local governments if we used different patterns and required connectivity between neighborhoods.”

Baldwin Park, a new urban development built on a former Naval training center in Orlando, shows the benefits of better connectivity (see above). “As opposed to many of the developments in the area that might have one or two connections to the adjacent street network, Baldwin Park has 32 connections—even though the area has lakes and water bodies, which some developers use as an excuse to not do the right thing. And Baldwin Park contains everything you need to live your life,” including services, groceries, schools, parks, and more, Hattaway says. Baldwin Park has a population of 18,000, and yet it contains no four-lane roads and no signalized intersections within its boundaries, he says. The connected network is critical to efficiently handling the traffic volume.

Hattaway showed examples of how the new design system is being applied, including the Woodville Highway in the rural but growing community of Woodville, Florida—south of Tallahassee. “People drive very fast on this road. The most recent development in the area was a dollar store set back behind a parking lot, set back behind a retention pond.” Below is a photo of the highway through the village.

Below is how the highway would look with sidewalks and street trees to create a sense of enclosure for drivers, plus crosswalks at the intersection.

But the state road is still not a fully complete street until you bring the buildings up to the sidewalk, with on-street parking (below). On-street parking is really critical to providing speed reduction, Hattaway says.

It will probably take Florida generations to fully transform its thoroughfares. In order to begin that process, planners and engineers needed a new model, and that is provided by the current Transect-based system. The model makes sense and similar systems should be evaluated for other states.