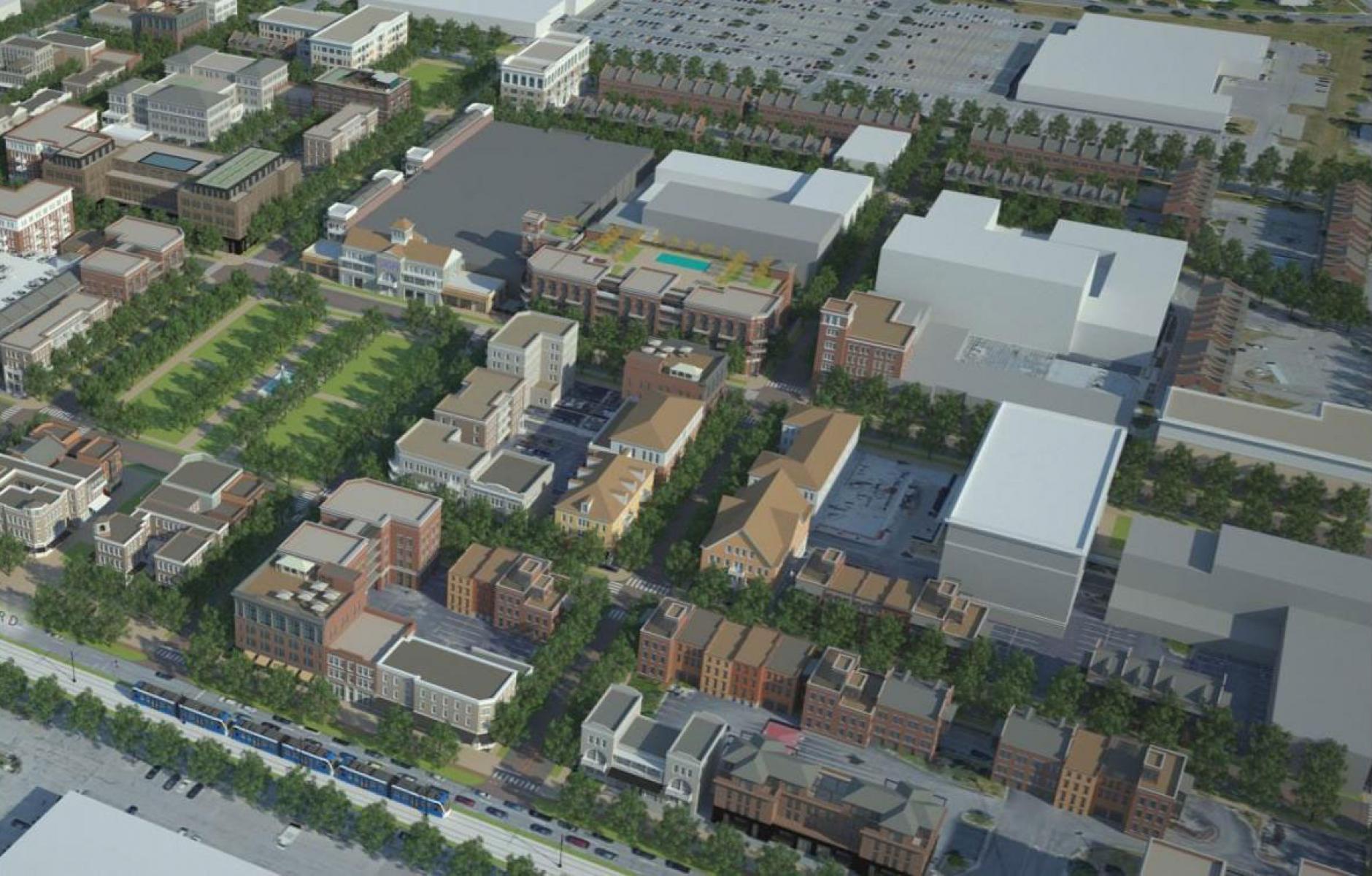 Plan for retrofit of Boulevard Mall into mixed-use center.
Retrofit

Amherst, New York, is a municipality to watch for those who are tracking suburban retrofit—the idea of re-purposing automobile-oriented suburban areas for new uses in the 21st Century. Amherst is the largest suburb in the Buffalo region, and home to the north campus of the University of Buffalo.

Town supervisor (like a mayor), Brian Kulpa, is an architect who partnered with CNU New York chapter in late 2018 for a design workshop where ideas were sketched for retrofitting key areas of town. I participated in that workshop, and it is great to learn how much has come of it—even though most of the intervening 3.5 years has consisted of a pandemic. Noted urban planner Victor Dover volunteered for the workshop, and that led the town to hire South Florida-based Dover, Kohl & Partners on multiple follow-up plans.

Last month, the firm led a charrette for neighborhoods on both sides of Niagara Falls Boulevard, a state highway and major arterial, working with Amherst and the adjacent Town of Tonawanda.

The team discussed transforming automobile-oriented streets, including the Boulevard, reforming zoning, façade improvements, and cultivating local developers who could build mixed-use buildings on underutilized sites. The goal is to establish by-right development that is higher-quality, urban, and walkable. The concept of “Trail-oriented development” was discussed along tie Ellicott Creek, where mixed-use could be built along a bike-walk trail.

This charrette was the latest collaboration with Dover Kohl. The firm's plan for the 63-acre Boulevard Mall, a dying mall with vacant anchors, has inspired a DC-based developer, Douglas Jemal, to buy portions of the site for redevelopment as a mixed-use town center.

Kulpa strongly supports reforming the site as urban blocks and public spaces. According to a recent article in The Buffalo News, “The Town of Amherst wants to begin carving new streets through the Boulevard Mall next year with Jemal starting work on his proposed transformation of the site soon after.”

The 10-year transformation plan will require rezoning of the site to enable a complete community, not just retail.  A previous property owner defaulted on loans for the site in 2016, and the site was put up for auction. The 1962 mall was built by Forest City Enterprises.

Just before the pandemic hit, Dover Kohl helped the town create an Action Plan for the Niagara Falls Boulevard. That includes urban design components such as the redevelopment of the mall; the redevelopment of multiple strip malls into mixed-use centers; an enhancement of the street grid; a mixed-use area in the suburban campus of the University of Buffalo. Many of the planned new urban centers are located along a future light rail transit corridor.