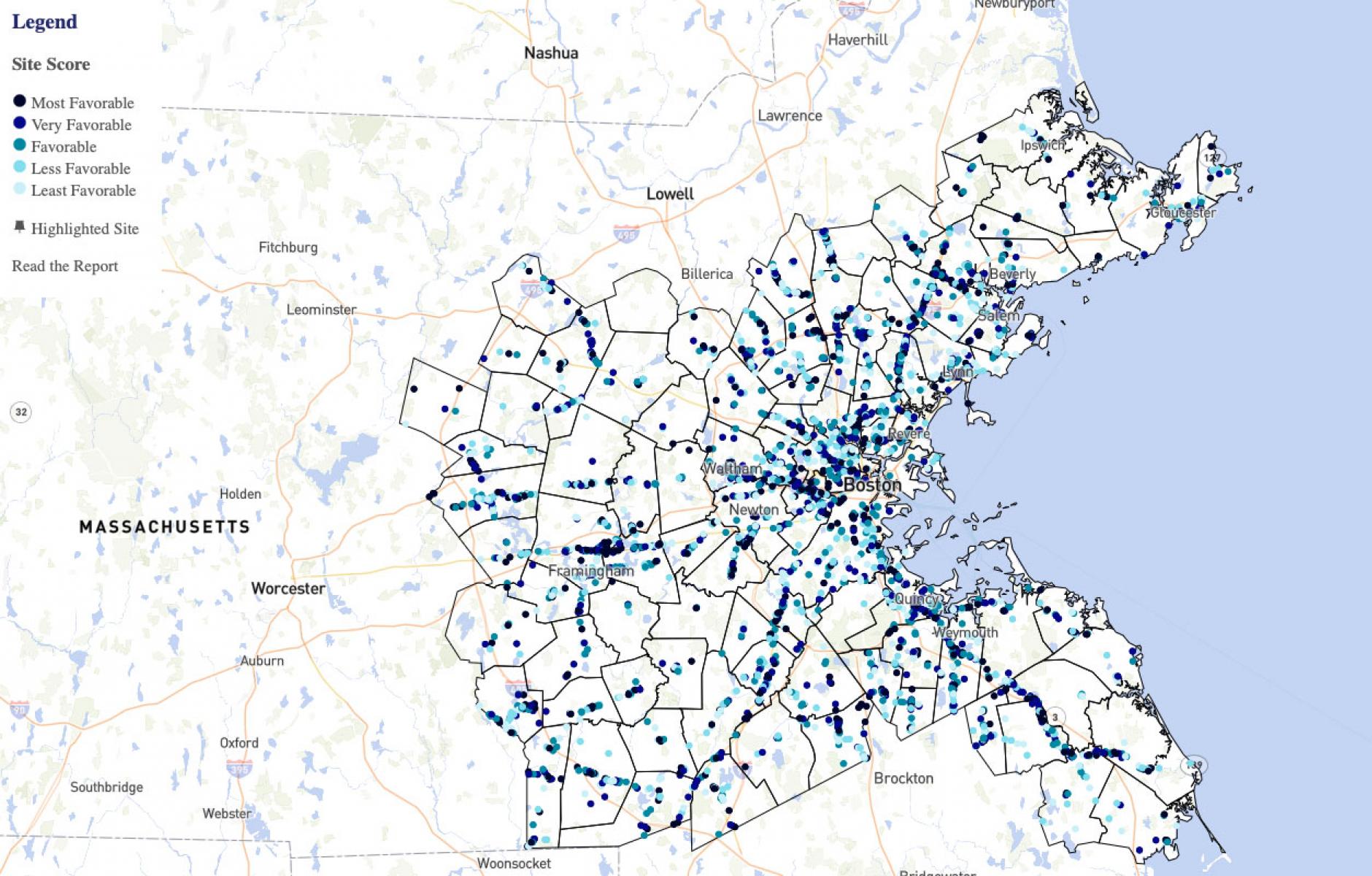 Redeveloping the most favorable 10 percent of suburban strip malls in the Boston region would meet a major portion of the area’s housing needs in the next decade, according to a study.
ROBERT STEUTEVILLE   &nbspMAY. 3, 2022

More than 3,000 low-density, automobile-oriented commercial sites, totaling 13.7 square miles of land, were ranked according to redevelopment potential. Many sites include underperforming businesses and vacant storefronts and were developed from 1950 to 1980.

The study, called Rethinking the Retail Strip by the Metropolitan Area Planning Council, may be the first of its kind to cover an entire US metro region. The idea of converting retail strips has been recently explored elsewhere, including in Public Square, but not in a way that examines and prioritizes each site.

“I was surprised by the scale of the opportunity,” says co-author Christopher Kuschel, land use manager and principal planner of MAPC. “A key takeaway for me, was that we can achieve a substantial portion of meeting our housing needs through redevelopment of even just the top 10 percent of sites in each community.”

An interactive map of all of the sites, rating them on favorability, is available here.

The study focused on strip malls because their “future is cloudy” due to e-commerce competition and outdated design, and their small size (compared to regional malls) means they could be redeveloped fairly quickly. Sites are also spread out in every municipality, strung along commercial corridors that traverse the region. The authors caution that many strip malls are doing well economically, and are not good candidates for redevelopment—which is why conclusions were drawn from the 10 percent most favorable for retrofit.

To rank favorability: “The highest scores were assigned to those sites with low building value and low rents; those close to transit or other existing centers; and those with the largest amount of redevelopment potential.”

Context-sensitive determinations were made about redevelopment potential. “We assumed that sites in urban and near-urban communities and sites in transit station areas would have more floors, entail smaller building setbacks, and require fewer parking spaces than sites elsewhere.”

State law offers incentives for affordable housing on such sites. If developed according to the state’s 40R Smart Growth Bylaw, municipalities would be eligible for $1.2 billion in incentive payments, resulting in 25,000 deed-restricted affordable housing units (20 percent of the total), the authors note.

The 125,000 total units is nearly equal to the region’s entire need for multifamily in the next decade. Ramping up strip mall retrofit poses many barriers, including single-use zoning laws, excessive parking requirements, needed infrastructure, and issues related to property owners—who may not know the value of redevelopment, or have the necessary capital.

The authors present a case study of one site, in the City of Woburn, that was recently converted from single-use commercial to mixed-use. By 2017, many of its storefronts were vacant, and rental revenues and taxes paid had declined substantially.

In transforming the site, a quarter of 350 new living spaces were set aside as affordable housing. New stores were built in a variety of building sizes, and some of the old stores that survived are now in a more favorable retail environment. Woburn Village includes a new park, in the form of a square, bounded by residential and commercial uses.

From a new urbanist perspective, the design may not be not ideal. “Surface parking is still a major feature of the landscape,” the authors note. And yet the redevelopment “positives far outweigh the negatives,” and the project shows the potential for transforming strip malls.

Rethinking the Retail Strip has generated some interest from municipalities, says Kuschel, in addition to “a number of calls from developers who saw their properties and are now potentially interested in mixed-use redevelopment.”

The authors name six principles for suburban retrofit, explained in detail in the report:

Good design is imbedded in the principles, especially numbers 1 and 3. And yet they “go beyond the physical design and include things such as working towards equitable development through deed-restricted affordable housing and mitigating commercial displacement,” Kuschel notes. Co-authors were Jessie Partridge and Tim Reardon.