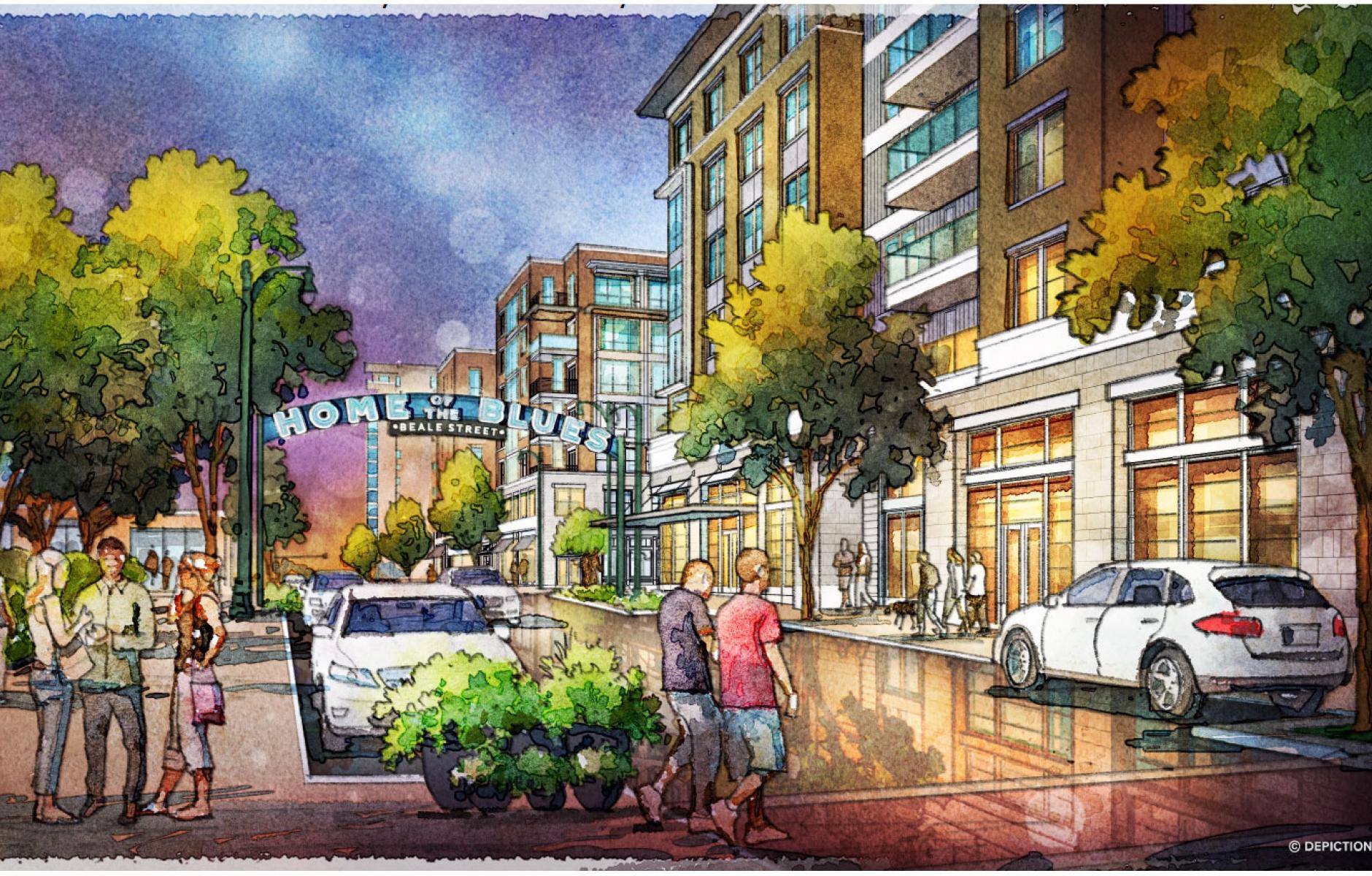 A new era of downtown opportunity

Despite the pandemic's devastating impact on the office market, downtowns and nearby walkable neighborhoods are looking forward to two decades of growth driven by demographic and economic change.
DAVID DIXON   &nbspAPR. 18, 2022

Note: Public Square editor Robert Steuteville is on leave through the last week of October, 2022. In the meantime, we are offering some popular articles from 2022 in addition to new content. ​​

Over the past two years I have heard colleagues express growing pessimism about the future of North America’s downtowns. And why not? In its April 2021 report, “To Recover From COVID-19, Downtowns Must Adapt”, Brookings noted “Across the U.S., the pandemic has left downtowns ‘cratered,’ ‘devastated,’ and ‘abandoned.’ ” Why? Because, as Brookings noted, “Downtowns Revolve Around Office Space.” In 2019 office represented more than 70 percent of downtown square footage in the top 30 US metropolitan areas. While no one yet knows what post-pandemic office occupancy will look like, neither Brookings nor most other observers suggest a rebound to pre-pandemic levels. In fact, to make a stronger case for pessimism, the pandemic did not launch, but instead accelerated the trend toward hybrid work (although how many of us ever used the term before March 2020). Net new absorption of office space across North America has been declining for at least two decades. This has meant a roughly 50 percent decline in downtown net annual absorption since the early 2000s—before considering the pandemic’s devastating impacts.

Perhaps the strongest argument for pessimism, however, is the lesson the pandemic has taught us about how good we all are at making hybrid work models succeed, and how much workers (including many managers) like them. Going forward, Big 8 accountants PricewaterhouseCoopers’ (PwC) 2022 Remote Work Survey indicates that more than half of workers report they want to work remotely at least three days per week while more than two-thirds of managers want their workers in the office at least three days per week. Regardless of who is right, both outcomes represent a disaster for office markets in cities and suburbs alike. Downtowns are unlikely to see net positive investment in Class A office space—the perceived primary engine for growing downtown “renaissance” in recent decades —for many years to come. Nor, in fact, will many downtowns have an opportunity to bring workers back to refill the tens of millions of square feet of office space that have emptied out since the second quarter of 2020—particularly Class B and C space.

The case for optimism

Yet, with the right planning and policies in place, downtowns face two decades of unprecedented opportunity.

The case for optimism starts with a quick New Norm 101. Over the next two decades dramatic shifts in North America’s economy and demographics will intersect to create a perfect storm of demand to live, work, play … and innovate. In fact, some of these forces have already been pumping growing vitality in downtowns for more than a decade. Let’s start with North America’s changing economy.

In 2020 roughly two-thirds of North America’s jobs required at least two years of higher education. Over the next two decades, roughly 90 percent of net new jobs will require at least this much higher education. For the first time in history, more than half of US manufacturing jobs now require at least some higher education. This “knowledge economy” will increasingly dominate economic growth. Educated workers—often referred to as “talent”—will be increasingly in demand just as a rapid slowdown in workforce growth since 2010 is producing a growing talent shortage. Statista reports that 30-40 percent of all North American employers with more than 10 employees already face a talent shortage. This talent—of all ages—is moving to cities with a walkable, mixed-use, amenitized downtown and close-in neighborhoods. Jobs, investment, and economic growth are following. Nor is this dynamic just about opportunities for well-educated workers. The City of Buffalo, New York, reports that each knowledge industry job the city attracts generates on average roughly five jobs for folks with a wide range of skills—often replacing jobs being lost to automation and industry decline.

The fastest growing segment of our knowledge economy? Innovation—companies whose primary focus is research and development.

Not all downtowns are benefiting. The key words are “walkable,” “mixed-use,” and “amenitized.” And, these qualities are supported by housing. Retail consultant Robert Gibbs emphasizes how much more effective housing, compared to office, is in spurring the growth of the unique shopping and places to enjoy food, caffeine, and beer that bring downtown streets to life, in turn supporting arts, culture, and entertainment. He notes that each additional downtown resident supports roughly 100 square feet of these lively uses, compared to 25 square feet for each additional worker. Downtown is uniquely able to translate residential growth into vitality because it is the residents (and workers) within a five-minute walk—roughly one-quarter mile or 400 meters—who provide the essential market support that brings nearby streets to life.

While many big-city centers have witnessed substantial residential growth since 2000, the potential of the urban core in cities of all sizes—and increasingly new suburban downtowns—will rise substantially over the next two decades. US and Canadian census projections suggest that singles and couples—without kids—will represent more than three-quarters of net new household growth over the next two decades. By 2040, households without kids will represent roughly three-quarters all North American households. This demographic shift will generate the strongest housing market for downtown and surrounding urban neighborhoods since the Great Depression. Nothing emphasizes this shift more starkly than the trajectory of downtown rents during the pandemic. Wealth Management.com, which provides data for real estate investors, reports that that “demand for downtown apartment properties has fully rebounded” following an initial drop in early 2020 and downtown rents have resumed their pre-pandemic preeminence—once again outpacing growth in rents across their regions. To fully grasp housing’s transformative potential, it is critical remember that housing represents two-thirds of North America’s real estate economy and that after decades of being viewed as a fiscal drain, rising residential values, together with the shrinking share of households with kids, means that housing today offers a better fiscal return than office.

The fastest growing segment of our knowledge economy? Innovation—companies whose primary focus is research and development.

But downtown housing is not a goal in its own right. A growing market represents a powerful tool for creating the natural breeding ground for flourishing innovation economies. My own planning experience—reinforced by repeated conversations with top retail consultants—indicates that adding roughly 1,000 additional housing units within a five-minute walk can bring a block of ‘Main Street’ to life, animated by the unique shopping and places to enjoy food, caffeine, and beer noted above. Talent, innovation jobs and investment, and economic growth follow. Why should these places be so important for innovation companies? Because faced with the same hybrid work challenges facing most employers, innovation companies increasingly depend on their ability to be part of communities of innovation—lively urban places in which their workforce lives and works with a five-minute walk of their workplace and each other.

Noting the billions of dollars in innovation investment that has flowed into Manhattan and Brooklyn during the pandemic, The New York Times noted that “talent attracts talent” and that downtown live/work/play neighborhoods represent a powerful draw for talent. Innovation companies find that as the trend toward hybrid work accelerates, locating in these same amenity and talent-rich places greatly enhances their ability to attract and retain talent. But these companies have an even stronger motivation. They depend not only on talent attraction, but equally on talent interaction. As Brookings has noted, for innovation industries the informal, unplanned conversations—termed “creative collisions”—that their employees have with peers who work for different companies generate the unexpected ideas that power innovation. These creative collisions are nurtured in the compact five-minute innovation communities where talent lives, work, and plays…and innovation thrives.

While tech parks and single use innovation districts spend billions of dollars to retrofit themselves, no place is better suited to nurture and grow communities of innovation than naturally walkable, mixed-use, downtown. Conversely, downtown has never played such an essential role as in growing citywide and regional economic opportunity.

Translating opportunity into a great and inclusive place

How to start? Create a plan with the broad input and strong support necessary to support the potentially tough zoning, investment, and infrastructure decisions necessary to make a difference. Work with public, private and institutional partners to create the partnerships that unlock the conversion of outmoded office square footage and support new construction of badly needed housing and innovation space. Emphasize walkability and lively public streets that enhance livability and spur interaction. Implement urban design guidelines that ensure buildings animate the streets they frame. Initiate mixed-income housing, workforce readiness, skills training, and similar initiatives to ensure that equity and inclusivity are essential ingredients of change. Program and design downtown’s public realm to proactively invite the full spectrum of the community to come downtown and ensure that everyone can call downtown “mine.”

The time has come to make Main and Main the intersection of housing and innovation. 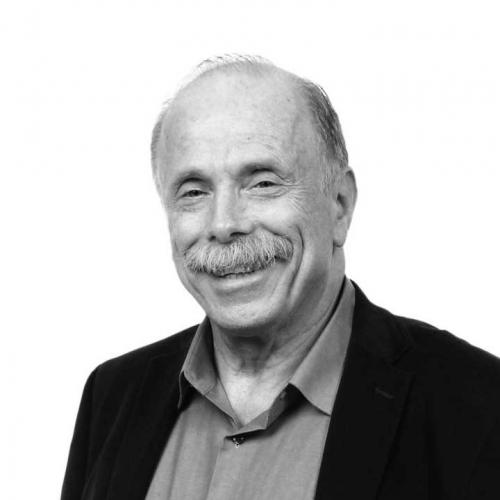