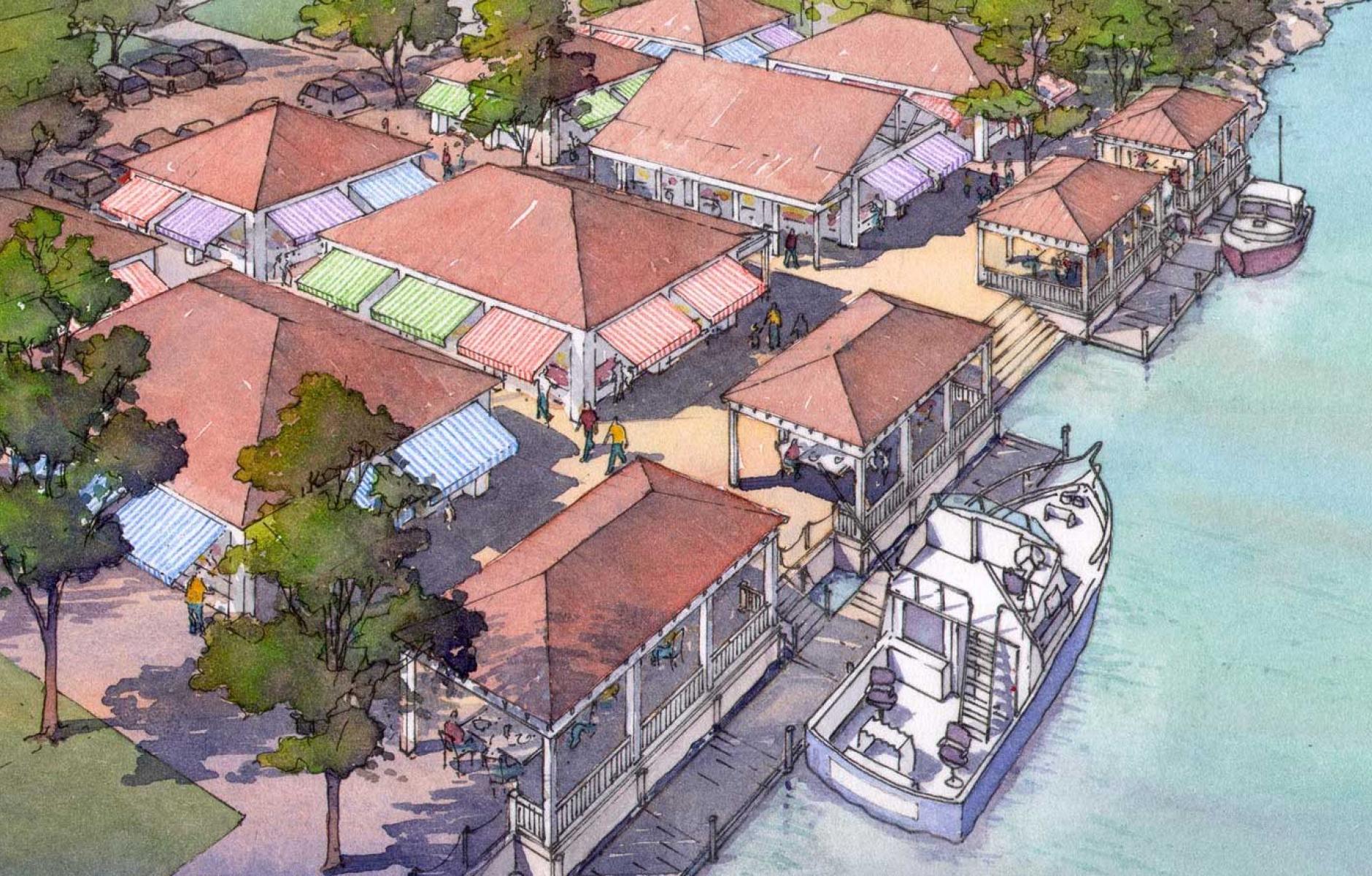 How the ‘Heart of Town’ saved a town’s future

Compact development, which contributes to carbon reduction, is also useful for climate adaptation and the building of defensible places.
ROBERT STEUTEVILLE   &nbspNOV. 30, 2021

It’s been 10 years this month since a new urban charrette was held in Jean Lafitte, Louisiana, a town of 2,000 people that had a very uncertain future. The low-density town is in a part of the state that is washing away into the Gulf of Mexico. Other towns in Louisiana’s coastal wetlands, most recently Isle de Jean Charles, have all but disappeared and their inhabitants relocated.

Prior to the charrette, Jean Lafitte had been hit by hurricane after hurricane, most notably Katrina and Rita in 2005, followed by Gustav, Ike, and Lee in 2008. Averaging only two feet above sea level, the town was outside of the levee system that protects much of the populated areas of Southern Louisiana.

Jean Lafitte’s leadership pinned their hopes on a long shot—getting a state authority to authorize a $1.2 billion levee system around the entire town. That proposal seemed to make little fiscal sense at a price of more than $600,000 per resident. Meanwhile, the town is facing rising seas due to climate change. The National Oceanic and Atmospheric Administration predicts that the water could rise as much as 4 feet on the Louisiana Coast by 2100.

Planners Dover, Kohl & Partners were tasked with envisioning a future for the town, the story told in Jason King’s recent book, The Climate Planner. The firm came up with an alternative idea to the impractical levee, using urban design principals. The plan picked up on a pre-existing policy of then-Mayor Timmy Kerner to locate important public buildings in one section of town. The mayor “had already begun to retreat to a defensible center … by locating public investment in one location and narrowing the area that needed to be protected by levees,” King writes. “Our plan simply continued the idea that Mayor Kerner had begun to implement already.”

Dover, Kohl called the idea “retreat to the ‘Heart of Town.’ ” This is a one-square mile area, at the center of the town’s six square miles. With new urban design, this area could gracefully accommodate a doubling of the current population of Jean Lafitte.

“Renderings by James Dougherty, our Director of Design, drew from the local architectural vernacular and showed Creole cottages with classical proportions, bungalows with big porches, and Main Street buildings designed in a local style,” King says. “The surviving area would include the town hall, cemetery, church, school, many new buildings, and several neighborhoods who would relocate from the furthest flung areas of the town.”

The town could become a destination for tourism—especially hunting and fishing that is already tremendously popular in southeastern Louisiana. The comprehensive plan, Jean Lafitte Tomorrow, was adopted by the Town Council, won a CNU Charter Award in 2014, and remains the town's guiding plan today.

A smaller levee system, protecting the one-square-mile area, was added to the Louisiana Coastal Protection and Restoration Authority’s Coastal Master Plan in 2012, and the levee was completed in 2018. The plan demonstrated how relatively compact development at a small-town scale could accommodate Jean Lafitte’s future population and make the town defensible.

During the charrette, six principles for resilience were developed: Assess Opportunities and Threats; Enhance Local Assets; Focus on the Heart of Town; Diversify Mobility Options; Build Stronger and Safer; and Live with Water, the firm reports. A series of projects like the expansion of their boardwalk system through the Bayou, developing a nature center, adding a new dock and creating a fish market, and drawing on the town’s history to enhance the tourist economy was envisioned to demonstrate the town’s future.

According to CNU’s 2014 Charter Awards book: “In this age of climate change, the Charter Awards jury saw Jean Lafitte Tomorrow as a compelling and timely parable of new urbanist planning at its best.”