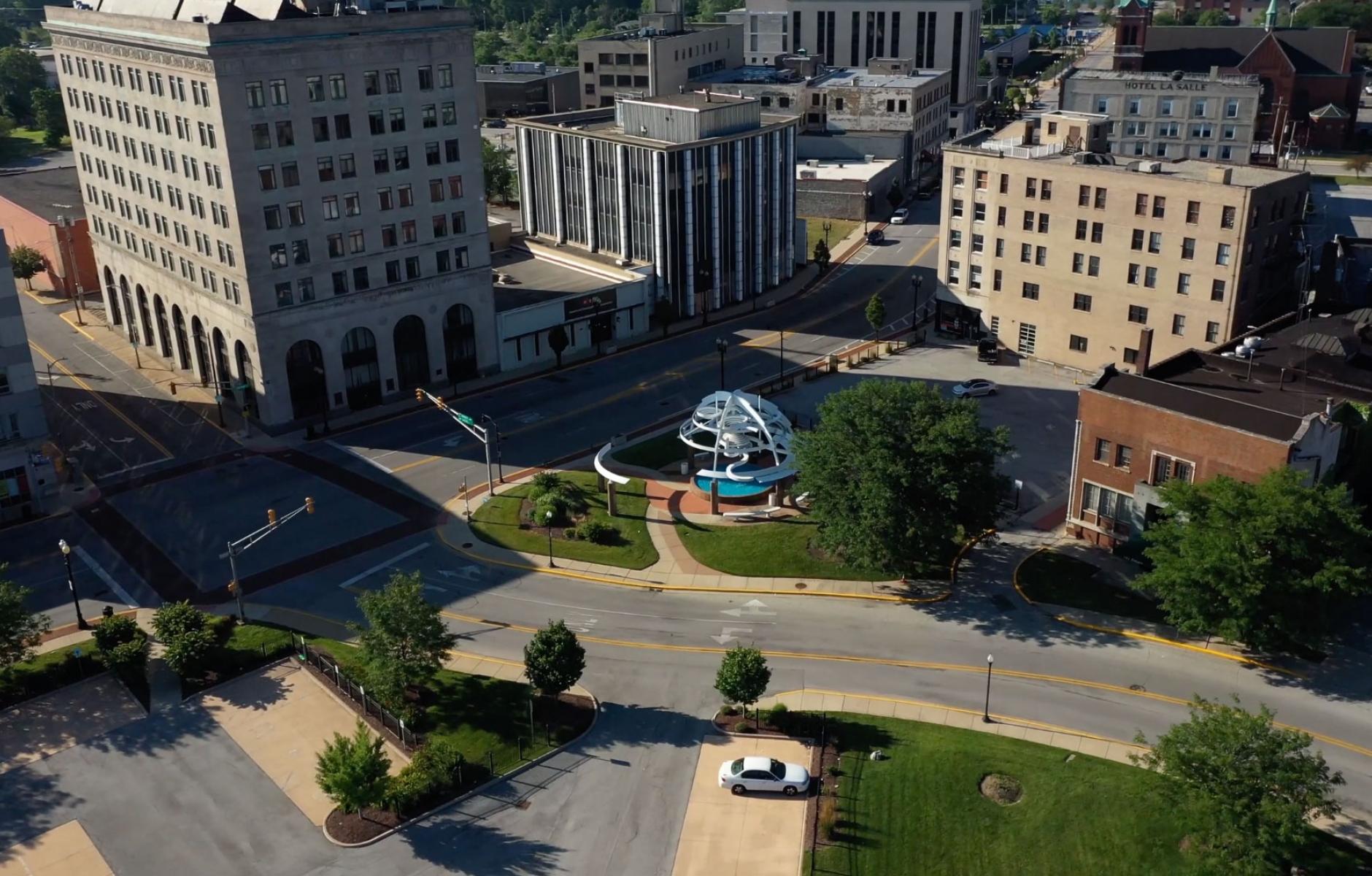 The center of Hammond today. From Walkable USA
Community

A film segment tells the story of an American city, its struggles, and a future revitalized by urban design.
ROBERT STEUTEVILLE   &nbspNOV. 18, 2021

The video below is a segment of a larger documentary, not yet released, called Walkable USA. This film tells the compelling story of Hammond, Indiana, a rust belt city that once had a great downtown, and intends to have one again.

Hammond went from boomtown to bust, and its 20th Century history fits in with our national story whereby cities were impacted by sprawl, as promoted by federal programs.

The documentary’s protagonist is planner Jeff Speck, author of Walkable City and Walkable City Rules, who helped the city create a downtown plan. He explains how urban design fits into the story—and how it can help to reverse the process, bringing new life to places like Hammond.

Speck wanted to be an architect, but was persuaded to become a town planner when he learned of Seaside, Florida, and the work of the firm Duany Plater-Zyberk—which he joined after architecture school. “I realized they were doing design on a scale that had a much bigger impact on people’s quality of life.” That quote gets to the heart of what New Urbanism is about—a scale of design that enables community building.

Good quotes are abundant, but I especially like Speck's explanation of why urban design has a powerful economic impact. “We have to understand that every relocation decision, be it a college graduate or a corporation, is made with an image of place in mind,” Speck says. “And that image is palpable, powerful, and resolutely physical. It’s a picture of buildings and streets and squares, cafes, and the social life that those places engender.”

The Hammond Downtown plan was completed in December of 2019, just prior to the pandemic. It was quickly adopted and is already being implemented.

I am looking forward to the release of this documentary, which promises to be a strong communications tool for New Urbanism.