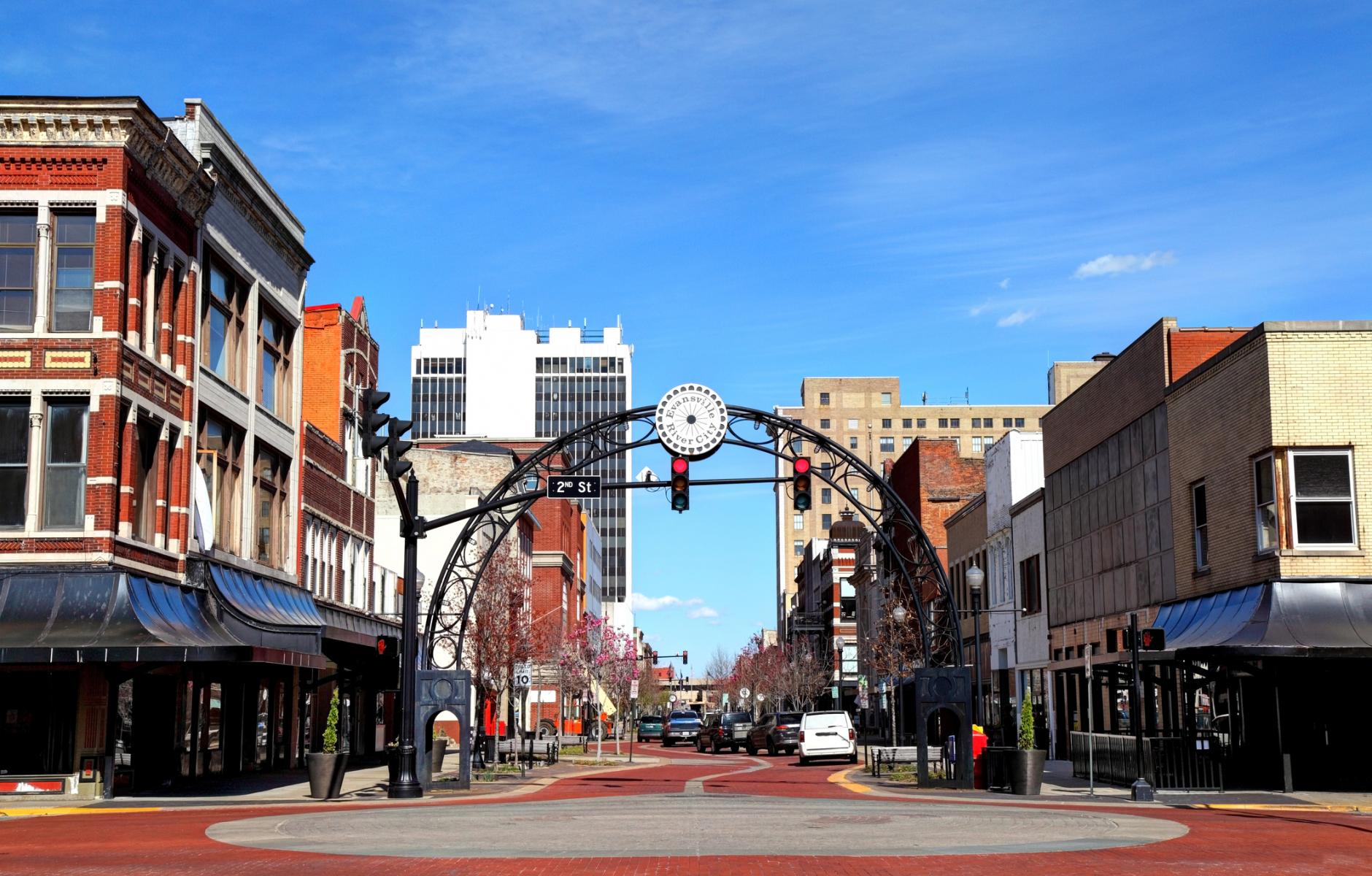 The City of Evansville, Indiana, recently adopted an exceptional Complete Streets policy with the help of a CNU code audit and the support of AARP and other organizations.

Complete Streets policies have been adopted by more than 1,600 jurisdictions nationwide since 2000. Such laws have tended to be vague, with no specific measurable outcomes—and have too often been ignored despite the “jaw-dropping total.”

The ordinance for Evansville—a city of 117,000 on the Ohio River—is different due to its details, tight deadlines, and metrics, which are outlined in this article.

“The desired outcome of the Complete Streets policy is to create an equitable, balanced, and effective transportation network where every roadway user can travel safely and comfortably and where sustainable transportation options are available to everyone,” notes the City. Such a network is integral to achieving the 15-minute city and making walkable communities legal again, two of CNU’s primary objectives.

In July 2021, AARP and CNU worked with AARP Indiana to take a look at the City’s land use codes to see where small changes would improve livability, according to Ivy Vann of Ivy Vann Town Planning. CNU’s team included Vann as project manager, Bill Spikowski of Spikowski Planning Associates, and Mary Madden of Madden Associates.

“The team quickly learned that Evansville was very interested in Complete Streets and had already started writing a Complete Streets ordinance, making this an ideal time for CNU to offer suggestions for improvements,” Vann says. The team recommended “the city adopt very specific metrics to ensure that necessary changes to the code were made within one year of adoption.”

Here are the metrics listed in the law:

While the law applies to the entire city, it directs special emphasis on “traditionally underserved neighborhoods” to provide safe connections to major job centers, educational institutions, civic and community facilities, and transit.

Feel-good Complete Street statements are likely to be ignored, Spikowski explains. “Instructions that are more specific may still be ignored in practice. However, those ignoring them will have little excuse for claiming a different understanding of the instructions, and they are likely to understand the accountability that comes when a government official ignores or fails to carry out an official city policy or ordinance. In addition, citizens will be able to formally inquire about implementation progress as specified in this Ordinance/Policy, either as part of the required annual report to the city council or at any other time.”