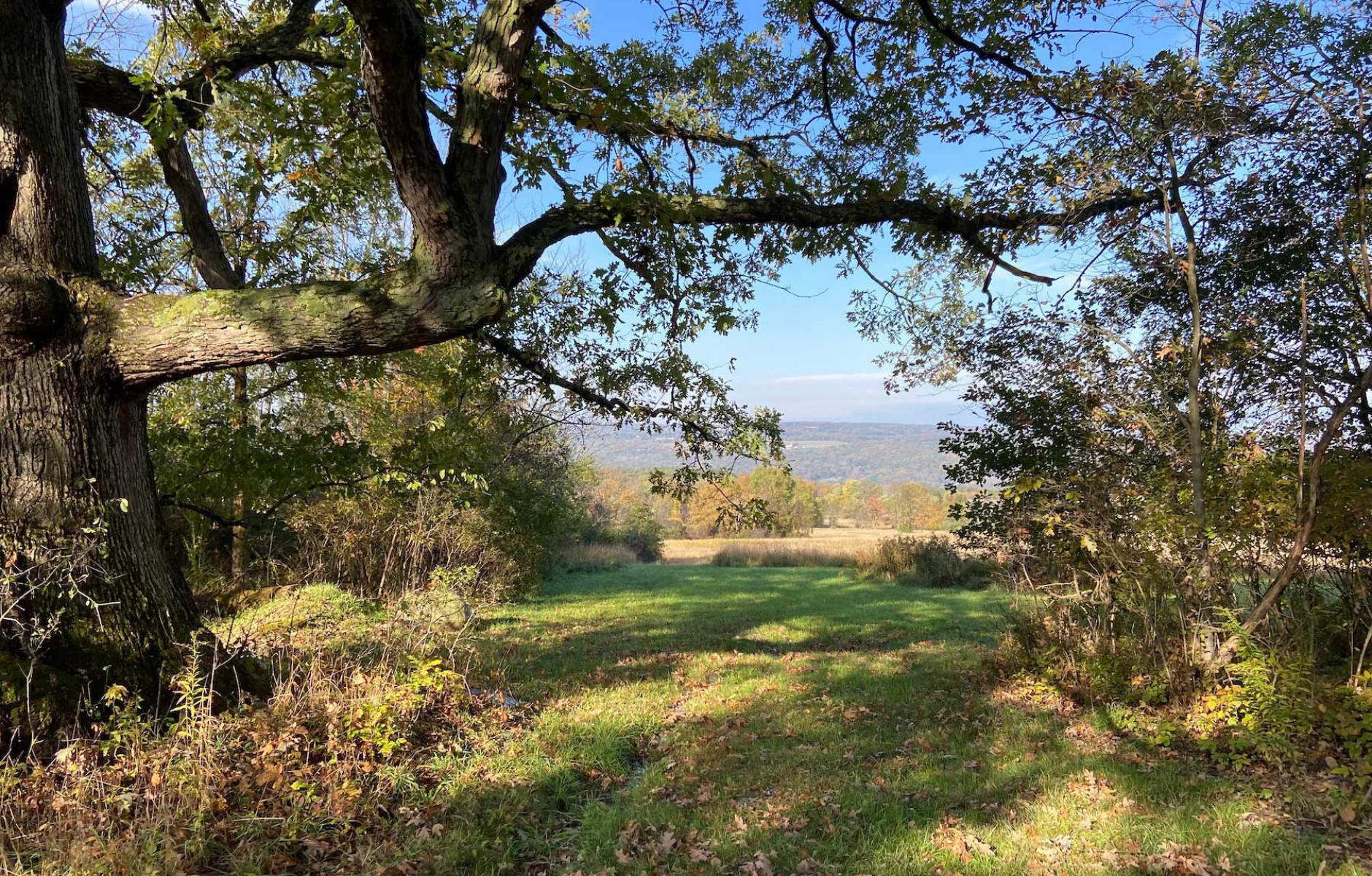 A view from South Hill, the future site of a new neighborhood. Photo by Nathan Norris.
Town planning

An urban design team is working in Ithaca, New York, this week to plan a new village center on a substantial site south of the City, which has been my home for the past 24 years.

While Ithaca has benefited from infill New Urbanism in recent years, this is the first project to seriously tackle new suburban growth in the region—creating a more sustainable pattern based on historic New York State villages.

The mixed-use development of approximately 120 acres on several private parcels will be planned around a key intersection that includes state highway 96B, otherwise known as Danby Road. One important task will be to calm traffic in the immediate vicinity of the intersection, so that it is safe and comfortable for people on foot and bicycle.

The site is in the Town of Ithaca, which wraps around the City like a horseshoe. The Town occupies three hills above the City, each of which includes major employment centers. South Hill has Ithaca College, a private university with more than 6,000 students adjacent to the planning area, and the South Hill Business Campus, with many private employers. The site is also next to Buttermilk Falls State Park, a regional attraction, and Ithaca College natural lands. It features beautiful views overlooking the valley and is two miles from downtown, the heart of the region.

The site already includes affordable housing, both subsidized and non-subsidized, and some level of bus transit service. Development on South Hill has, to date, taken a conventional suburban pattern.

The Town’s comprehensive plan seeks new compact development on each hill, while preserving surrounding countryside. Based on the Town’s blueprint for growth, a form-based code was adopted for the site in 2020. Private developers want to move forward. When the site is developed, it will likely be the largest New Urbanism project in this part of New York State.

South Hill has been the subject of two previous new urban plans, one about 30 years ago, and the other five years ago. The former never amounted to anything due to financial issues at the time. The latter resulted in the current form-based code, which will form the regulatory foundation for future development. Full disclosure: I was a co-leader of a planning charrette for the site in 2016 and helped the Town to write its new code.

The pieces are coming together for what may be an important new development in Ithaca and this part of New York State. In the next two days, the design team will draw up plans, and I will report on those later this week.

The design team includes Geoff Dyer, Howard Blackson, and Nathan Norris, new urbanists who have been involved in many similar projects around the US and Canada—and Noah Demarest, an Ithaca architect and urban designer.