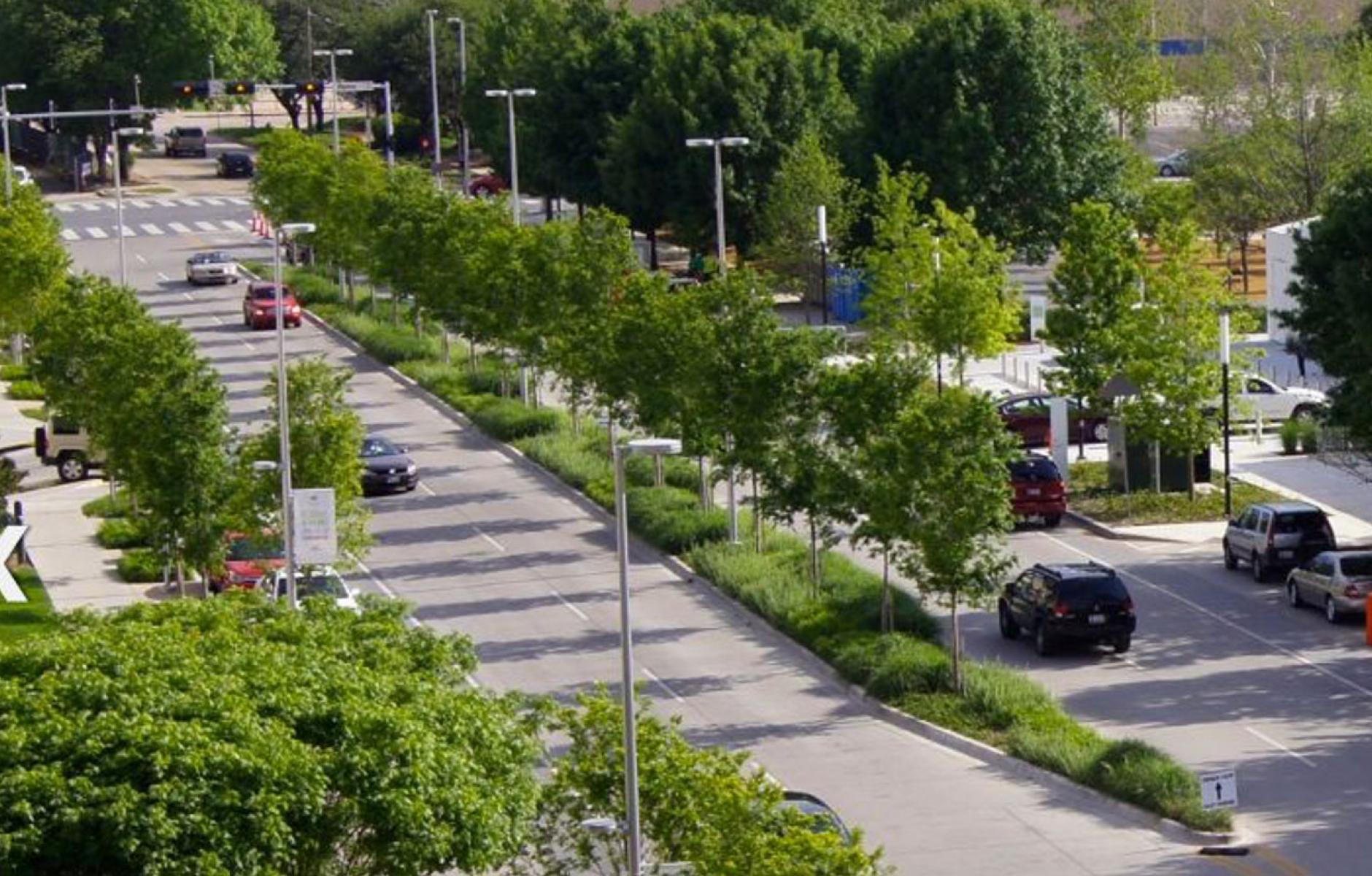 How downtown Oklahoma City did a 180

The city used a bad assessment on walkability, and a skyscraper development, as the impetus and means to transform downtown’s public realm, boosting tourism, the economy, and quality of life.
ROBERT STEUTEVILLE   &nbspJUL. 14, 2021

Oklahoma City, which ranked dead last in Prevention Magazine’s 2008 assessment of sizable American cities for walkability, soon after commissioned a report on how to improve conditions for pedestrians downtown. An initial analysis by Speck & Associates found that Oklahoma City’s streets were wide enough to handle two to three times the volume of traffic they carried. Downtown streets were largely one-way speedways, and Speck’s plan showed that the city could better use the space to support pedestrians, bicyclists, businesses, and urban life.

The city launched Project 180, an effort to rebuild all 50 blocks of streets in their downtown core, funded by tax-increment financing from a major skyscraper development. The name came from a $180 million investment in the 180-acre core area, generating a 180-degree turn in how downtown was conceived. “By right-sizing streets to meet real demand, we were able to calm traffic, double the amount of on-street parking, add a ton of trees and create a robust cycling network. Ten years later this is the project that I am most proud of,” Speck said to a meeting of the US Conference of Mayors. At the same time, the plan converted one-way streets to two-way, rebuilt three parks and most underground utilities, and installed new architecturally designed fixtures and street furniture.

“People who haven’t been here for ten or twelve years don’t recognize Oklahoma City,” says Eric Wenger, public works director. “On a scale of 1 to 10, I’d give it a 10 in terms of the level of transformation.”

Downtown Oklahoma City was built on a grid, as were many adjacent neighborhoods. The network of streets was built for walkability and a 1920s streetcar system. In the middle of the 20th Century, this network was retrofitted to favor cars—often to an absurd degree. Hudson Street, between City Hall and the County Courthouse, was redesigned as a one-way street, six lanes wide, with each lane 12 feet wide. That’s an intimidating thoroughfare to cross.

The history is described by Steve Lackmayer, an award-winning reporter for The Daily Oklahoman:

The automobile-oriented retrofit took place after streetcars were removed from Oklahoma City streets in the late 1940s by out-of-state operators who switched to bus fleets and insisted that the most efficient way to move traffic was through one-way traffic, he says. The one-way system was launched as a 90-day-long “experiment” that was extended permanently—despite immediate reports from businesses that sales were dropping. In the 1950s and 1960s most of the retail fled downtown for new shopping malls and strip centers. By the 1970s, traffic counts downtown plunged as new highways were built to bypass downtown. Thirty years ago, a councilmember, I.G. Purser, bluntly stated: “Downtown is dead and we helped kill it. There is no major retail, no major attraction and no place to eat.”

The contrast between then and now is stark, according to Lackmayer: Downtown Oklahoma City “is thriving, home to major retail, restaurants, live music, hotels, attractions, parks and a population of several thousand living in new homes and apartments.”

To be sure, a similar story has played out in many US cities. The decimation of retail and the hollowed-out urban core were driven by social and economic trends, including changes in transportation technology and the preference for suburban life. This millennium saw a reversal in some of those trends, as people and businesses moved back into the urban core. And yet the late city councilmember Purser, who was born in 1926 and lived through many of the 20th Century changes, was also right. Planning decisions played a major role as streets came to be viewed primarily as conduits for cars rather than the foundation of a multipurpose public realm. Likewise, Oklahoma City’s transformation to a more livable place in the last decade had much to do with deliberate policy changes and investments, and these involved the riverfront, a streetcar, and many new public facilities. Linking these amenities is an updated public realm, in the form of complete, pedestrian- and bicycle-friendly streetscapes.

As CNU gears up for its first in-person Congress in three years in Oklahoma City in March of 2022, it is worth looking in detail at how the city’s streets were redesigned. It is safe to say that no American city has implemented a more comprehensive downtown street reconstruction program in the last dozen years.

The 2009 Speck study recommended the following changes be made:

Most of these recommendations, including the crucial one-way to two-way conversions, eliminations of extra lanes, increase in on-street parking, bike lanes, maximum lane width, and the planting of several thousand trees, have been implemented. Crosswalks with handicapped accessible corners, curb extensions, and sometimes central boulevard strips have also been added.

The fortuitous development was the construction of the Devon Energy Center, a 50-story, $750 million headquarters for Devon Energy, a major US oil and gas producer. The tower was in advanced planning by 2009 and completed in 2012. Devon’s CEO Larry Nichols was determined that the tower’s tax increment financing package be used to beautify the 50 blocks of streets and parks surrounding the tower. Prior to Project 180, Oklahoma City downtown streets were “basically zero on the beautification scale,” says Wenger. The city hired the landscape architectural team of James Burnett to lead the effort, and Burnett asked Speck to join the team after his street study was completed. The project grew into something that has substantively transformed the city.

As Speck reports, the project “was as much a political effort as a design effort,” and initial resistance came from the local transportation engineering consultant. “Although the city’s typical downtown street was a four-laner handling two lanes worth of traffic, we were told that our proposed changes would lead to gridlock.” Speck suggested that Burnett hire Troy Russ, formerly of Glatting Jackson, who completed a competing computer analysis for $5,000. The city eventually signed off. Key to this plan was that no two-lane street experiencing fewer than 10,000 car trips per day would qualify for left-hand turn lanes at intersections. “This supposed ‘gridlock' plan was then built with zero congestion problems,” he reports.

Project 180 took ten years to complete, somewhat longer than anticipated, and was finished about a year ago, says Wenger. Originally, the city planned to rebuild several blocks at a time, but the impact was too great—so the city went block by block. The city found that nearly all of the utilities had to be replaced. Some of them were old and outdated, such as brick arch combined sewers from the early 20th Century. Others were too close to the surface and needed to be moved out of the way. Each construction project took about a year, impacting businesses. As a result, a few businesses folded. If Oklahoma City had a do-over on Project 180, one policy program to consider would be ways to financially support businesses impacted by the construction, he says. Major parks, Bicentennial Park and Myriad Botanical Gardens, each took two years to complete.

Project 180 has influenced private development in the neighborhoods adjacent to downtown. Developers are continuing to add the streetscape design elements that the city employed, including providing on-street parking, an element that often did not exist before, Wenger says. The project has also contributed to a tourist economy that has boosted shopping and dining sales downtown.

The new streetscapes have given downtown Oklahoma City a fresh look—a distinct impression that the public realm is cared for and up-to-date. More than that, the redesigns changed the behavior of drivers and pedestrians in ways that make the urban core a more pleasant place to live, work, and play.

This is part of a series of articles on Oklahoma City in advance of the annual Congress. Find out more about CNU 30, March 23-26, 2022.