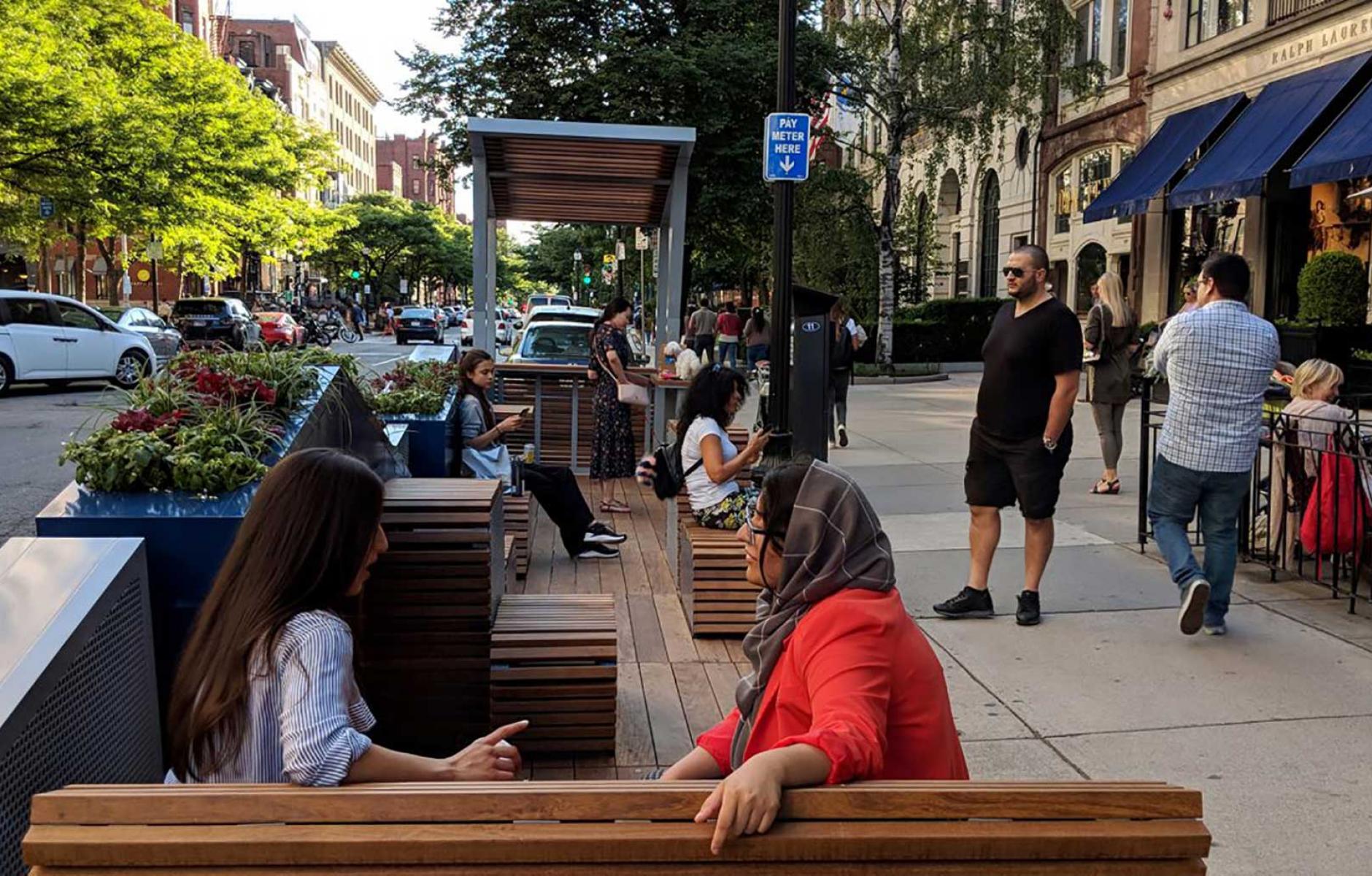 One clear lesson from the pandemic: Experimentation with streets may yield tremendous benefits with less downside than previously thought.
ROBERT STEUTEVILLE   &nbspJUN. 23, 2021

Tactical Urbanism has been building momentum over the last decade since the concept was defined by Mike Lydon and Tony Garcia of Street Plans Collaborative. Many new urban firms have adopted Tactical Urbanism tools in recent years, leading to the creation of temporary public spaces, quickly built traffic calming and bike lanes, and pop-up public spaces. And yet nobody could have predicted the immense and immediate demand for rapid-fire public realm transformation created by the pandemic in the spring of 2020.

Last spring, summer, and fall, restaurants struggling to stay in business needed vastly increased outdoor dining capacity. As riders stayed away from public transit, the demand for bicycle infrastructure rose dramatically. As urban dwellers sought to get outdoors while socially distancing, public space was at a premium. Cities responded by closing streets or traffic lanes to allow tables in the public right of way and installing temporary bike lanes and parklets.

As urban designer Neal Payton recently put it: “before the pandemic, negotiating the installation of new parklet … might take months or even years, punctuated by community meetings and conferences with business owners and city planners as participants agonized whether the parklet should take over one-parking space or two, or how to protect these spaces from reckless drivers. During the pandemic, these little pedestrian amenities suddenly cropped up everywhere and seemingly overnight. Miraculously, all those pesky details had been resolved, at least for the near term. And because of lightning-fast efforts such as these, we may have inadvertently conducted what maybe the largest experiment in rethinking the design of our cities’ streets ever undertaken.”

Cities that established Tactical Urbanism policies prior to the pandemic had a jump start. Boston worked with the design firm Utile Inc. to create Tactical Public Realm Guidelines, adopted in 2018. The city introduced the new “tactical” approach for rapid, low-cost improvements in public space. Boston drew on this work to allow more than 500 restaurants to expand seating onto sidewalks and roads in 2020, in addition to building 6.5 miles of protected bike lanes, nearly doubling the bike lane network.

Streets are among the most valuable assets that a city has, and the guidelines expands Boston’s options for using them. Because these guidelines are official policy, they are likely to shape the public realm for the city for years to come.

Norfolk, Virginia, also adopted Tactical Urbanism in a coordinated way, citywide. This was done in the spring of 2020 by a team of experts working with the city, neighborhood leaders, and businesses on an accelerated timetable.

Early in the Pandemic, Street Plans collected a database of 294 Tactical Urbanism projects in more than 100 cities in response to Covid 19. In some cities, the response was massive—New York City made changes to more than 100 miles of city streets—and thousands of miles of streets worldwide were identified. This was a partial list—the reality was that every city had a tactical response. NACTO put out a guidebook in the spring of 2020, Streets for Pandemic Response & Recovery, that analyzed and categorized these responses.

Some cities, like Boston and Norfolk, had highly coordinated and well-thought-out tactical planning responses to the pandemic, having a citywide impact. Others cities’ efforts were more ad-hoc and localized. But even in the latter cases, city leaders could learn a great deal from temporary changes over the last year. In my small city, Ithaca, New York, a block known as “restaurant row” was closed for a year. One easy lesson that could be learned: This one-way street could be converted to two-way without any traffic catastrophe. That change could benefit circulation through downtown, businesses, and pedestrian life. This conversion to two-way has been proposed in the past, but city leaders were always afraid of implementation.

As Payton points out, we should learn what did and didn’t work from these measures before the experience is forgotten. Tactical Urbanism tools should be widely adopted by cities on an ongoing basis. “Such experiments, it seems, can be much more easily attempted than was previously thought, with the failures jettisoned and the successes made more permanent,” Payton says.

One clear lesson from 2020: Tactical Urbanism has an important, ongoing role to play in urban planning.