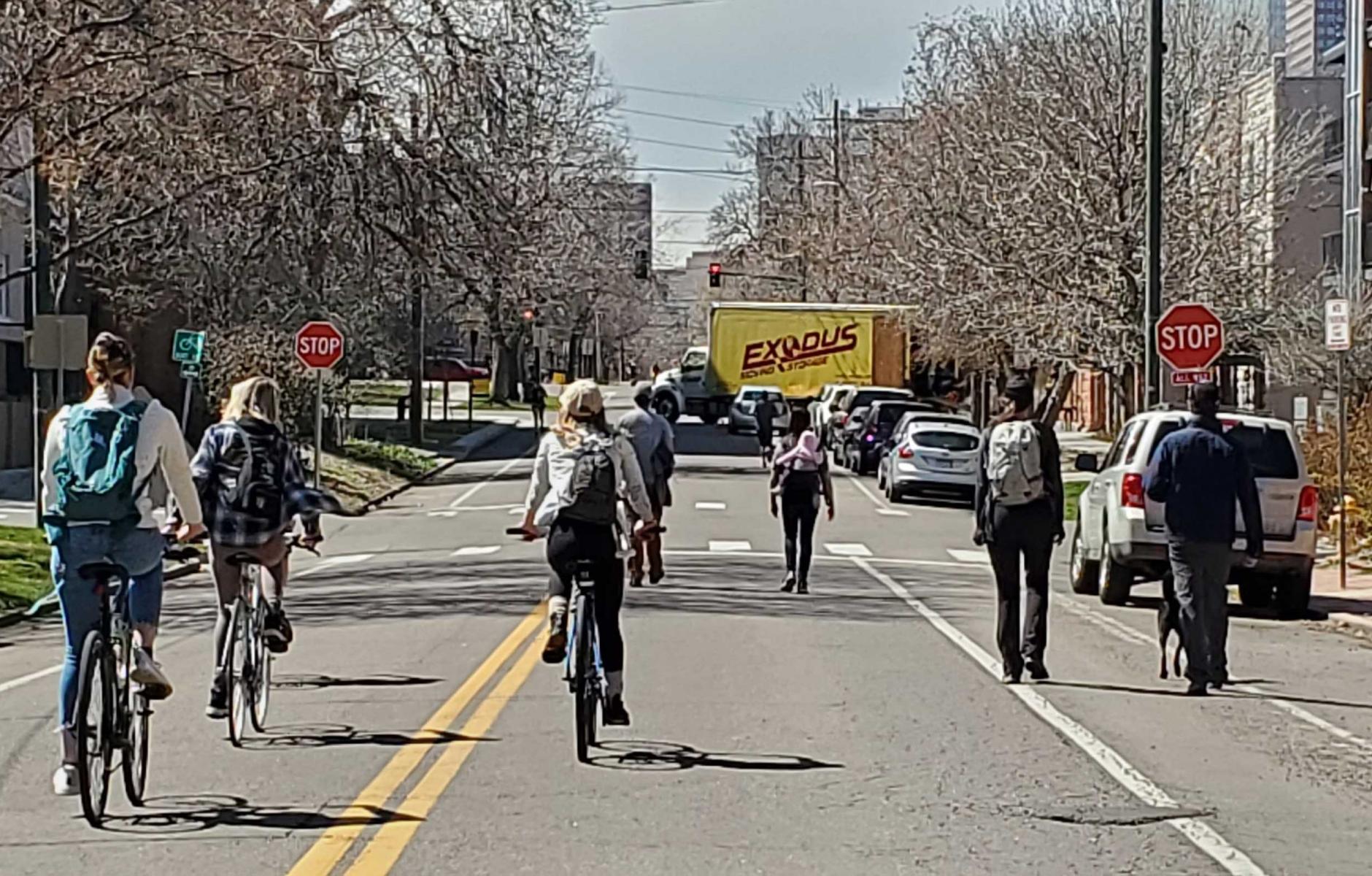 Underutilzed streets with little traffic are being transformed with temporary pedestrian and bicycle thoroughfares, shared streets, bikeways, expanded sidewalks, and outdoor eating to give citizens more room in a time of social distancing.
ROBERT STEUTEVILLE   &nbspMAY. 19, 2020

Thousands of miles of city streets worldwide, and more than 500 miles in the US, are being converted for pedestrian and bicycling activity during the coronavirus crisis, according to research by Street Plans Collaborative.

The firm headed by Tony Garcia and Mike Lydon, leaders in Tactical Urbanism, have a database of 294 projects in more than 100 cities. These changes are giving urban residents more open space at a time when social distancing is required and many families are cooped up in houses. At the same time, street networks are underutilized because traffic levels are substantially reduced.

Although these projects are temporary, they may lead to permanent changes in cities, Lydon said in a recent Smart Growth America presentation. There are seven types of projects.

With the exception of signal recalls—which are electronic—cones and wooden barriers are needed to implement all of these changes. Many cities are building on existing programs to implement open and shared streets.

New York City is making changes to 100 miles of streets. The city has more than a decade of experience testing temporary changes to thoroughfares, beginning with Times Square, one of the busiest pedestrian spaces on the planet. Temporary changes became permanent after they were proven to work.

Burlington, Vermont, instituted a “Quick Build” program in 2018 which allows the city to test and implement low-cost, fast, street transformations. Burlington is building on that program to convert a higher percentage of its streets (25 percent) than any other city, Lydon says. When cities have in-house capacity—in addition to the cones and barriers in stock—they can move quickly to make changes.

Many of the cities making temporary changes are small-to-midsize cities, Lydon says. While these cities have fewer resources, they also have less bureaucracy, which is an advantage when making quick changes to the public realm.

Other cities, lacking experience with Tactical Urbanism, are often doing nothing and sometimes closing public spaces for fear that residents will spread the virus, Lydon says.

The next six to eight weeks will be a critical test as to whether cities go back to business as usual or choose to make some of these temporary changes permanent.

“This is critical, not just in dealing with the next pandemic, but in managing and mitigating the ongoing stresses that cities deal with all the time, in terms of health, and access to open space and transportation resources,” he says.

Here’s a link to Lydon’s presentation, in the recent SGA webinar. Lydon also talked about some of these issues in CNU's On a Park Bench: A Public Square Conversation webinar on March 31. On a Park Bench is held every Tuesday at 12 noon.