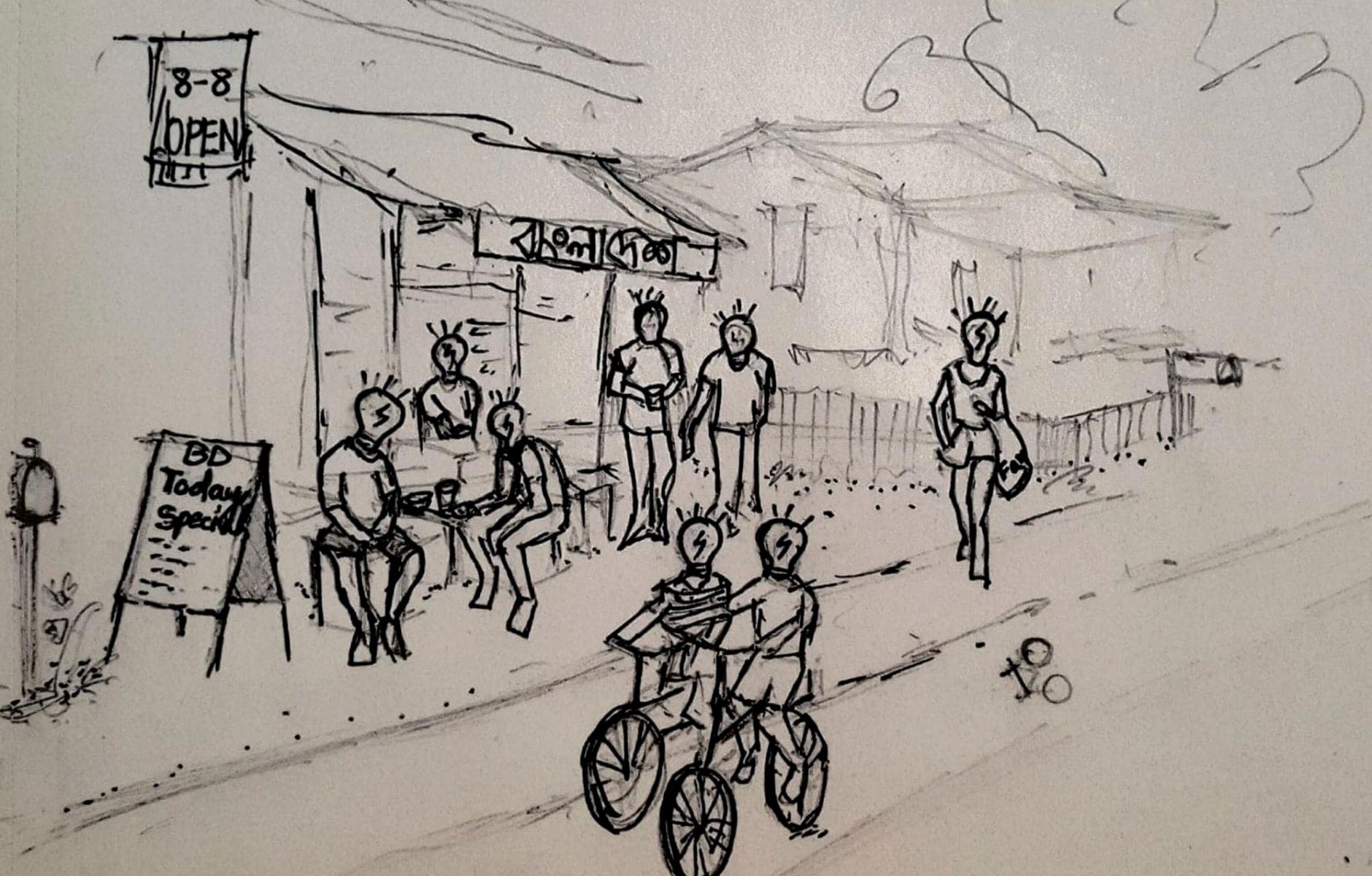 ACUs can bring down the price of a locating a nascent enterprise by an order of magnitude, making business creation accessible to people who come from backgrounds that have been subject to repression, oppression, or other economic disadvantage.
GARLYNN WOODSONG   &nbspMAY. 12, 2021

Note: This is the second of a two-part series exploring Accessory Commercial Units (ACUs), business spaces that attach to residential units, often in largely residential neighborhoods, and how they fit into the toolkit of Incremental Urbanism. See Part 1.

Affordable commercial space is not necessarily easy to come by in high-priced West Coast markets, or indeed in any desirable location. This is largely due to zoning rules, which make commercial uses illegal outside of areas zoned for commercial or mixed-use activities. The price of land is higher, on a per square foot basis, for land zoned commercial than for land with single-family zoning that may be just on the other side of a lot line from commercially-zoned parcels. This is partly a function of the potential residual land value of building out for the highest and best use allowable on the property. However, seller expectations also play a role: A seller, for example, may know they are sitting on a goldmine by virtue of owning commercially-zoned land in a hot corridor, even if it isn’t currently producing income of any sort. Even vacant lots can command a price premium, if they are commercially zoned.

However, let’s assume, for the sake of argument, that commercially-zoned lots are the same price as residentially-zoned lots. In my neighborhood of Concordia in Portland, Oregon, a lot with a viable building of 2,000 square feet or more is likely to cost more than $750,000. A smaller building might fetch as little as $400,000.

Which is a lot of cash.

I know plenty of people who can afford to buy a home for those prices, because they’re able to save up 20 percent for a down payment, and have the option of a federally-backed mortgage at low interest rates to assist with financing the balance. They also have access to financial education and resources to assist with the process.

Yet purchasing a commercial property for a similar price, in order to start a new, unproven small business, is not really within the realm of possibility for these same people.

The incremental price to build a new commercial structure as an accessory structure to a single-family home (or to a duplex, a triplex, a fourplex, or even to a cottage, townhome, or apartment court), is just the price to build or convert the new structure—the land has already been paid for by the primary use.

All of a sudden, the incremental price of a new business could be reduced from, say, $400,000 or above, by an order of magnitude, to as little as the $10,000 cost of bringing in a shipping container, trailer, camper, prefab shed, or other space sufficient to house a small new business within. This is the sort of cost that can be placed on a credit card, or saved up for within a reasonable amount of time on a middle income.

Bringing down the cost of entry can reduce the barriers of entry into affordable commercial space. This can ease attainment to the first rungs on the ladder of economic opportunity, making business creation accessible to folks who come from backgrounds that have been subject to repression, oppression, or other economic disadvantage.

Indeed, the legend of Hewlett Packard’s origin begins, effectively, in an ACU, with Bill Hewlett and Dave Packard developing an audio oscillator in a garage in 1939; it is not the first company, or the last, to begin in that way. Google was begun in a garage, which Larry Page and Sergey Brin rented from a friend, Susan Wijcicki, in September of 1998. Apple started in a garage, when Steve Jobs, Steve Wozniak, and Ronald Wayne developed the first Apply computer in 1976 in the garage of Steve Jobs’ parents’ house. Microsoft started in a small garage in Albuquerque, New Mexico, where Bill Gates and Paul Allen first worked together on developing programming and operating systems for IBM. Jeff Bezos created the first version of Amazon in his garage in Washington State. Walt and Roy Disney even created their first films in their uncle’s garage, in 1923!

Yet, in my neighborhood, it’s unclear to what extent this would be legal today. The residential zones are governed by Table 110-1 of Portland’s Title 33 Zoning Code, which clearly states that none of the residential single-dwelling zones allow for retail, office, or other commercial primary uses. It does allow for accessory uses that comply with all development standards, but those development standards do not allow for structures within the front setback that would allow for pedestrian-oriented businesses fronting the sidewalk. On sites served by an alley, because zero-setback buildings are allowed to front on the alley, it would be possible to build alley-oriented structures containing accessory uses, as long as the hours were limited to 7 am to 9 pm, and no more than one nonresident employee were on site, no more than eight customers per day, and no retail services allowed on site. Further, the dwelling and site must remain residential in appearance and characteristics. So, there is a very limited basket of types of commercial uses that would currently be legal under the existing code; a budding entrepreneur would either be able to fit within these restrictions, or would not be able to legally engage in their commercial activity in a residential zone.

As mentioned in the previous article, there are good questions to be answered around where: where on a lot, on which lots, in which parts of a city, ACUs should be allowed. There are many ways to answer these questions, and not necessarily right or wrong answers, just different conclusions that reasonable people can come to through the process of community dialogue.

Neighbors should be given the opportunity to discuss if, whether, where, and when accessory commercial uses are allowed within their own neighborhoods. However, this should not be a decision that was made seventy years ago by planners in some other state, for some other time, in other circumstances, driven by other motivations, which most likely included a desire for racial segregation as enacted by economic exclusion.

Indeed, seen through this lens, legalizing affordable commercial spaces could be seen as a form of reparations, as an attempt to begin to repair the damage that is still being done to our cities by the economic exclusion that is still baked into our zoning codes, the DNA that informs the very fabric of our cities.

We must fix this DNA. We must perform CRISPR-editing, to remove the policies from our urban DNA that cause economic exclusion and may still therefore be acting to further the causes of racial segregationists who may be long-dead as people, but who live in through the power of their ideas. To fix the damage done, we must encode new DNA for our cities. We must write new code that solves for creating economic opportunity, for providing for economic diversity, in order to allow for racial diversity, in our homes, and among our businesses. 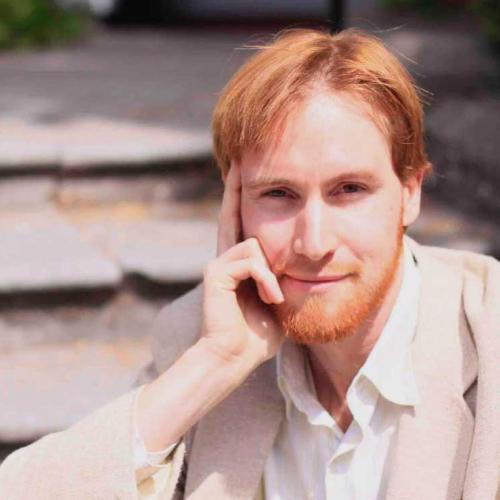