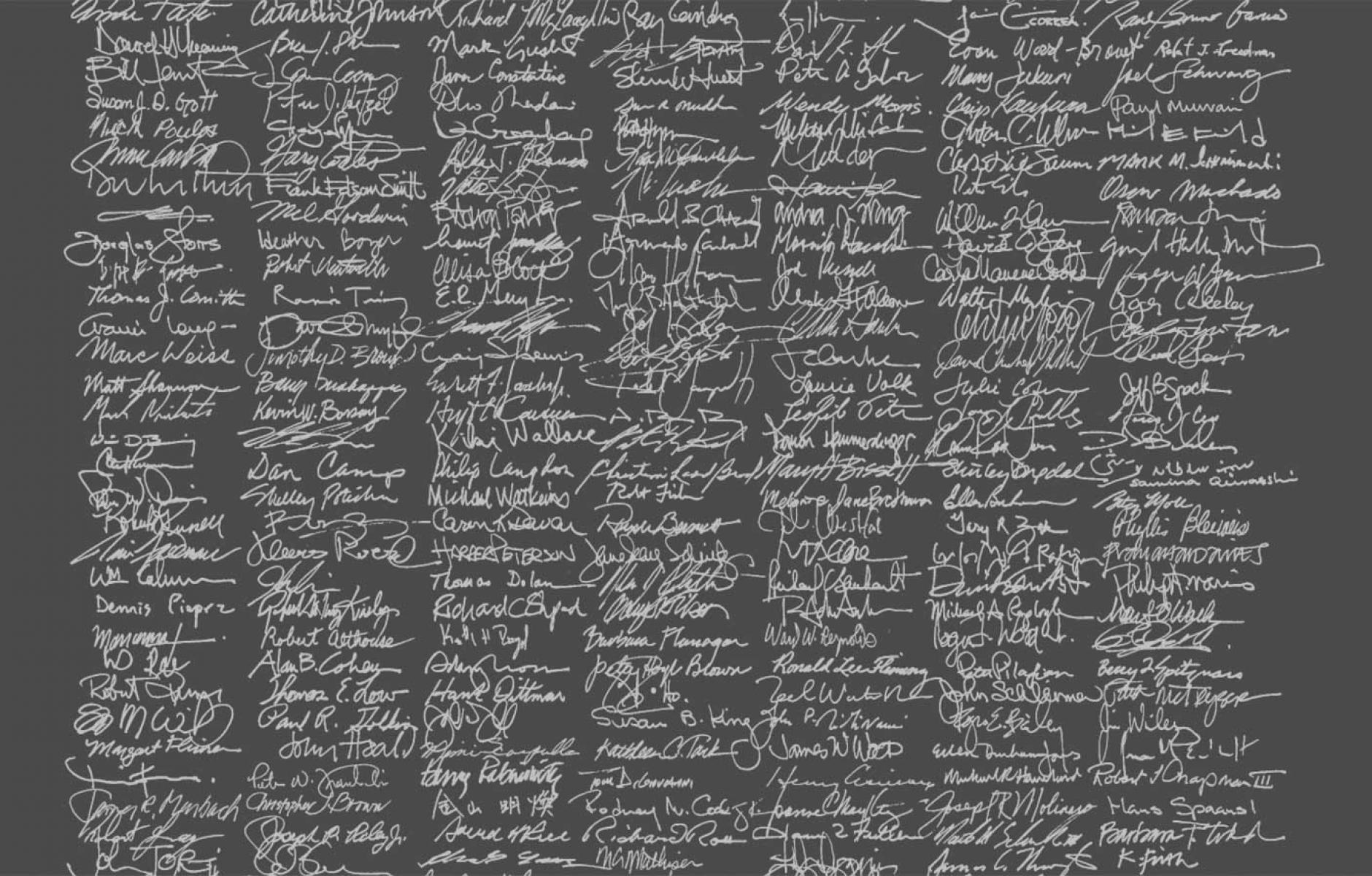 A quarter century ago, the Charter of the New Urbanism laid out timeless principles that are the bedrock of an influential movement.
ROBERT STEUTEVILLE   &nbspMAY. 5, 2021

Tuesday, May 4, unremarked by anyone in any media as far as I know, a significant anniversary for urbanism passed. Exactly 25 years before, on a sunny, warm, spring day in 1996 in Charleston, South Carolina, the Charter of the New Urbanism was signed.

I was in the hall when participants of CNU IV lined up, including then-HUD-secretary Henry Cisneros, to sign the Charter, written by the founders of CNU. I remember being nervous as I signed the board—there was nothing to anchor my hand, and the occasion was important. My signature is hardly legible and I'm not exactly John Hancock.

Nevertheless, I am proud that I signed it along with about 265 other people. Twenty-five years later, the Charter still inspires awe with its timelessness and profundity. It is poetic in its form. First, there is a preamble that lays out the new Congress for the New Urbanism’s position on urban disinvestment and suburban sprawl in paragraphs that begin “we stand,” “we advocate,” “we recognize,” “we represent,” and “we dedicate.” These statements cover a position, a voice, an awareness, an identity, and a commitment to creating a better world.

The preamble is followed by three sections of principles, each addressing one of three urban scales: “The Region: Metropolis, City, and Town,” “The Neighborhood, the District, and the Corridor,” and “The Block, the Street, and the Building.” Those sections, in turn, each have nine principles, for a total of 27. The Charter’s scales and principles follow a mathematical symmetry. Three times three is nine, times three is 27.

Is that symmetry by chance? Certainly not. Obsessive? Perhaps. Does it serve a purpose? Definitely. The Charter is about the right length. Any shorter, and some important concepts would be missing. Longer and it would lack punch. By making each of the three scales the same length, the founders were saying that the building is just as important as the neighborhood and the region, no more and no less, and vice-versa. The Charter is wisdom on the built environment, compressed. Forcing a statement of principles and beliefs into a specific form is how that wisdom is compressed. Shakespeare would not be Shakespeare without iambic pentameter.

Deciding the most important passage from the Charter is impossible. They all could be important, depending on the issue at hand. But we can all have our favorite parts. From the regional scale, I like “Farmland and nature are as important to the metropolis as the garden is to the house,” part of principle 3. That makes a key point about fractals of nature in daily living.

From the neighborhood scale, I like “Schools should be sized and located to enable children to walk or bicycle to them,” a part of principle 16, which is so simple and true, and both “size” and “location” are called out as equally important. I also like “The economic health and harmonious evolution of neighborhoods, districts, and corridors can be improved through graphic urban design codes that serve as predictable guides for change (principle 17).” That was written when only a handful new urban codes had been adopted, but the last quarter century has proven the benefits of better regulations in “harmonious evolution” and “predictable guides for change.”

There’s so much to like in The Block, the Street, and the Building, but the section’s first principle (19) gets to the heart of the matter: “A primary task of all urban architecture and landscape design is the physical definition of streets and public spaces as places of shared use.”

As CNU notes on its website: “Since its ratification in 1996, The Charter for the New Urbanism has had enormous influence on the planning, design, and development of towns and cities worldwide, and has been translated into 12 languages.”

The Charter has had a big influence, because the New Urbanism has had an enormous influence, and the Charter is the foundation of this movement. It lays out the principles. Exactly a quarter century after it was signed, CNU announced the hiring of a new executive director, Rick Cole. He will bring new ideas and fresh leadership to CNU, as Lynn Richards did when she took charge seven years ago—and John Norquist, Shelley Poticha, and Peter Katz did before that. The people can change, but the principles carry on. That’s why May 4, 1996, is worth remembering if you are an urbanist.

The Charter of the New Urbanism

The Congress for the New Urbanism views disinvestment in central cities, the spread of placeless sprawl, increasing separation by race and income, environmental deterioration, loss of agricultural lands and wilderness, and the erosion of society’s built heritage as one interrelated community-building challenge.

We advocate the restructuring of public policy and development practices to support the following principles: neighborhoods should be diverse in use and population; communities should be designed for the pedestrian and transit as well as the car; cities and towns should be shaped by physically defined and universally accessible public spaces and community institutions; urban places should be framed by architecture and landscape design that celebrate local history, climate, ecology, and building practice.

We recognize that physical solutions by themselves will not solve social and economic problems, but neither can economic vitality, community stability, and environmental health be sustained without a coherent and supportive physical framework.

We represent a broad-based citizenry, composed of public and private sector leaders, community activists, and multidisciplinary professionals. We are committed to reestablishing the relationship between the art of building and the making of community, through citizen-based participatory planning and design.

The Region: Metropolis, City, and Town

The Neighborhood, The District, and The Corridor

The Block, The Street, and The Building