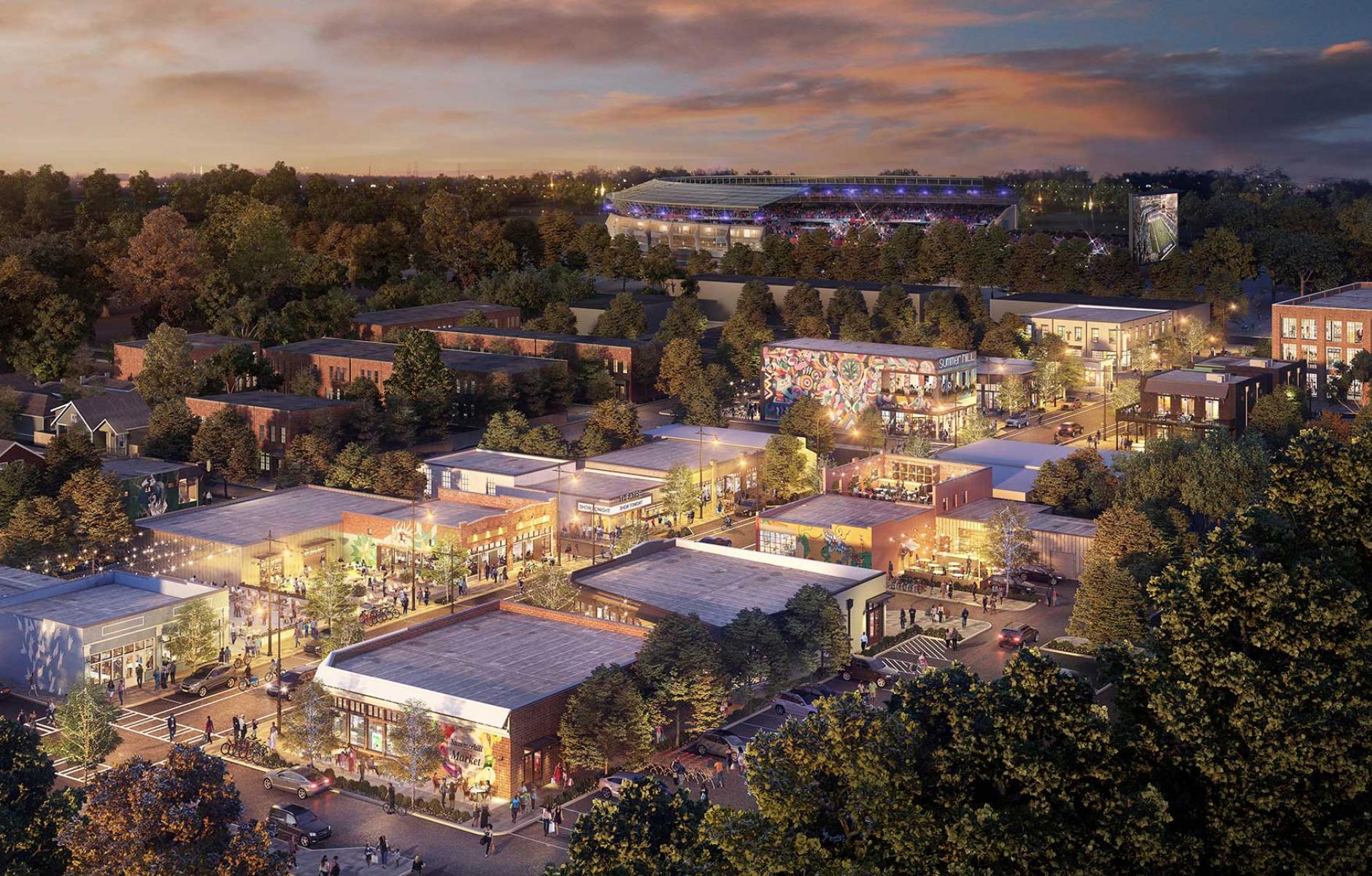 The character of Georgia Avenue, a historic Atlanta main street, was preserved while injecting new life into a neglected neighborhood.
ROBERT STEUTEVILLE   &nbspMAR. 10, 2021

Atlanta is more or less divided into quadrants by major Interstates—I-20 and I-75/85—that meet downtown in a tremendous spaghetti junction. Just to the east of I-20 a large sports complex created a “zone of neglect” along an adjacent historic main street, Georgia Avenue, serving the Summerhill neighborhood.

Like many urban neighborhoods, Summerhill suffered from disinvestment over the last sixty years, and the promised revitalization from an Atlanta Braves stadium in the 1960s and the 1996 Olympics stadium never came. The Olympics stadium was used as a new home of the Braves until 2013, when the team moved to the suburbs. Four years ago, the stadium was converted to a football venue for Georgia State University, which is expanding into Summerhill from its downtown campus.

Georgia Avenue is a good example of incremental main street revitalization that preserves historic character, bringing new life to a neighborhood that was impacted by major projects and freeway construction in the 20th Century. Eight one- and two-story buildings along the four-block main street have been rehabilitated in recent years. Some buildings had new construction additions. Murals on buildings were preserved. A new commercial building was integrated into the block design. As communicated to CNU, here are the main goals of the project:

Like many main streets, the buildings accommodate activities throughout the day and evening, including offices, shops, and restaurants. Several of the buildings were not acquired by the developer—and so remain for future rehabilitation.

“The rebirth of Georgia Avenue is resulting in a vibrant, walkable and culture-rich community, shining a light on one of our city’s history-filled neighborhoods. With tenants including Wood’s Chapel BBQ, Halfway Crooks Brewing, Little Tart Bakeshop, and more, the destination will be a place for local residents, entrepreneurs, academia and creatives to collaborate and enjoy,” said David Nelson, executive vice president of Carter Developments, which is leading the redevelopment of the adjacent stadium property.