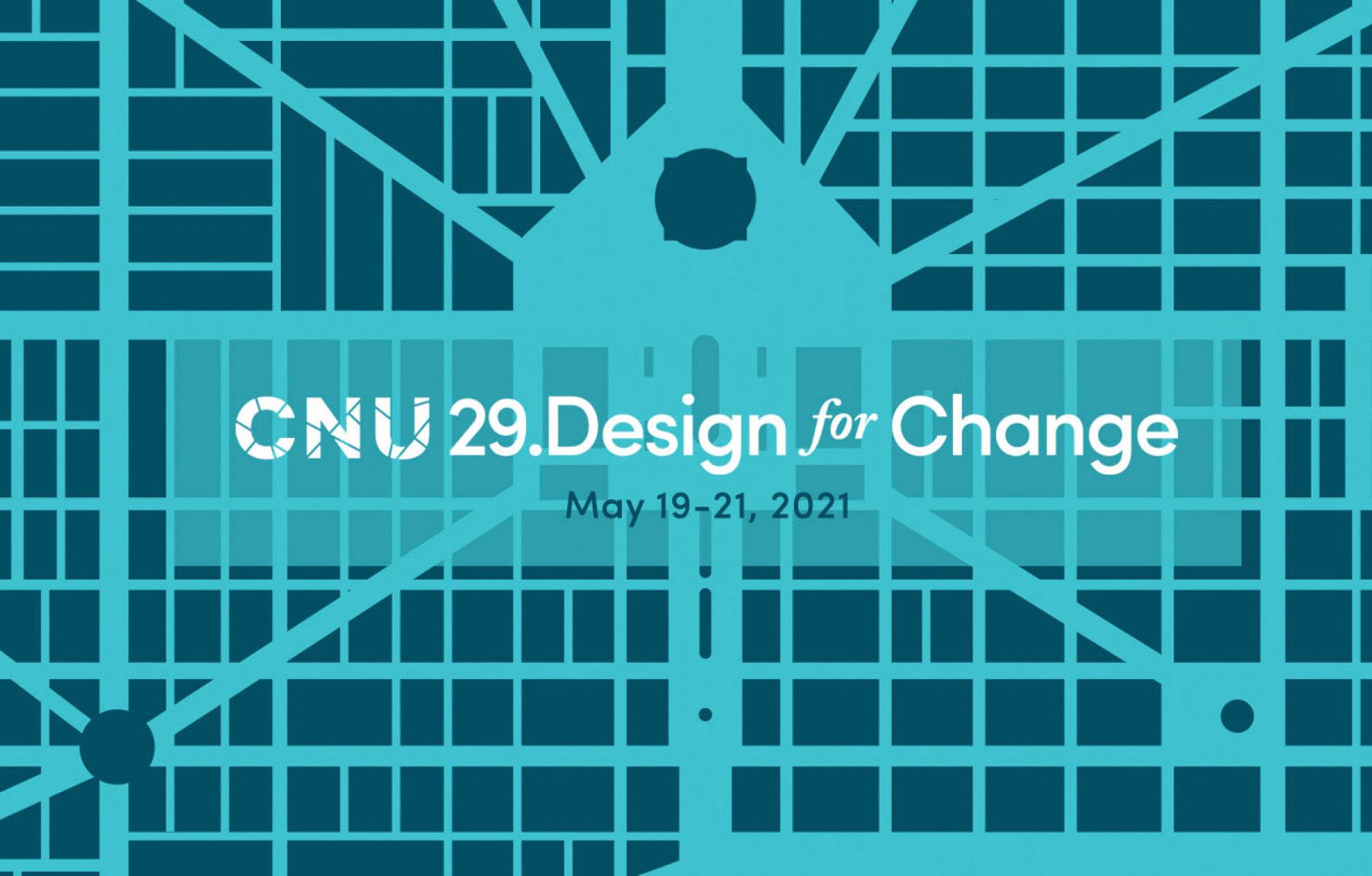 The opening of registration for CNU 29.Design for Change got me thinking about past Congresses, especially in the light of the $150 fee available for members through March 7. While tracking exact Congress fees from the early years is elusive, the rate is the lowest at least since the 1990s (in 2001, attendance cost from $250-$450 depending on the participant).

This got me thinking: How does CNU 29, scheduled for May 19-21, relate and compare to the early years? The theme this year is the intersection of design and power—How design influences the way we live, and how it can be used to achieve the change we want to see in neighborhoods, towns, cities, and across regions.

I have attended CNU Congresses since 1996, which was CNU IV in Charleston, South Carolina, when the Charter of the New Urbanism was signed. I was one of nearly 270 signers of this historic document—along with the first generation of new urbanists and then-HUD-secretary Henry Cisneros. The Charter is all about design from the scale of individual buildings to the metropolitan region, and the document has exerted a powerful influence on cities over a quarter century. The Charter is at the intersection of design and power.

The first three Congresses were invitation-only events. Charleston was the first year that was open to anyone who wanted to attend—including myself, a writer who founded a new publication called New Urban News, introduced at that Congress. I had exactly one paid subscriber then, and within a year that number would top a thousand.

CNU IV (the early Congresses used Roman numerals) was still an intimate affair, as indicated by the number of signers—all the attendees lined up during lunch in a historic theater. In the next few years, attendance quickly grew and reached more than 800 by CNU VI in Denver in 1998.

I remember the first Denver Congress (there were two)—it was spread out over many sites, including City Hall. I was able to find a program online, and the opening session focused on “Rebuilding Our Communities Within the Natural Region,” connecting and melding the built and natural environments. This idea fits well with the sustainability focus of recent years—especially mitigation and adaptation related to Climate Change, which will be a topic this year.

New Urbanism was just beginning, and the issues tackled were similar in some ways, different in others, from recent Congresses. LoDo (Lower Downtown) in Denver was just beginning to be redeveloped, previewing the transformations that would take place in warehouse districts in cities all across the US.

Stapleton, Denver’s huge airport redevelopment using new urban design, was also just getting underway. The term “grayfield” had not been invented, and so Stapleton was called a “brownfield” project. Grayfield refers to large sites that are mostly paved, like enclosed malls and former airports. Many of the biggest new urban redevelopment opportunities today are grayfields.

A session featured dead and dying malls, and the description would apply today: “Hundreds of communities around the country are grappling with the obsolescence of shopping centers and malls built twenty to forty years ago. As these malls decline so does local pride and tax revenue. This panel will focus on New Urbanist strategies to revitalize these centers and present case studies of several successful projects.”

This year, the Congress will highlight issues of oppression related to the built environment. Although the language was different in 1998, the topic ran like a thread through the program. A session covered the redesign of public housing, which at the time was heavily burdened by the legacy of modernist design that isolated low-income families. Panelists reported on new designs to transform “projects” into “neighborhoods” and better connect residents to their surrounding cities.

In another session, sprawl was called out for its negative impacts on vulnerable communities. “Sprawl has not only changed the physical patterns of our cities, it has also isolated women, children, and the elderly. This session will explore the effects of sprawl on working families, education, older persons' mobility, and neighborhood crime.”

Absent from the 1990s Congresses was any mention of a worldwide pandemic. Zoom was not a computer application—then it mostly meant “move fast,” which we had to do, on foot, to get from one session to another in the spread-out venues of downtown Denver. We couldn’t have imagined the virtual Congresses of 2020 and 2021.

The virtual setting of CNU 29 accounts for the lower price. Also, CNU hopes to attract the largest possible participation of new urbanists and fellow travelers, with a quality of discourse equal to any Congress. The challenges in 2021 are similar to those that CNU has always faced: How do we adapt the timeless principles of New Urbanism to a changing world to create sustainable cities for all people? I look forward to seeing everyone there. Register here today.