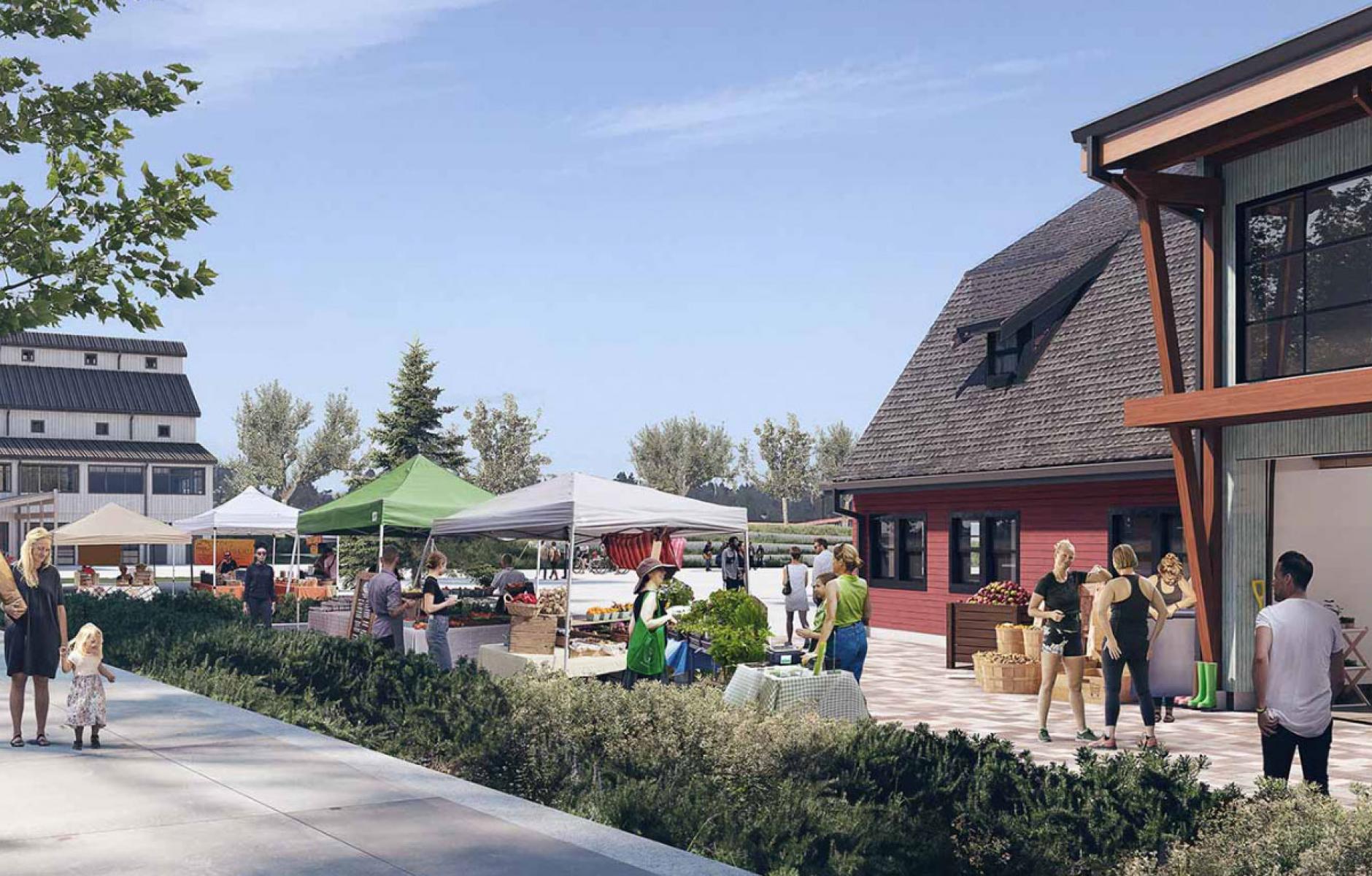 The concept of Agricultural Urbanism was articulated for 530 acres in Tsawassen, British Columbia, in 2008. The plan was formed in a charrette just as the Great Recession hit the brakes on the worldwide economy. Designed around preserving most of the land for food production, this large new town took a decade to come out of the ground.

But now Southlands, planned by DPZ CoDesign and developed by Century Group, is fully underway with residents moving into the first 75 homes. The new town is planned to eventually have 950 homes connected to a 325-acre farm. “About 275 of these acres are currently devoted to conventional crop farming and another 50 acres comprise the smaller market gardens of Southlands Community Farm, producing mixed crops according to organic principles,” according to the Southlands website.

The plan integrates agriculture and urbanism at all levels, organized around the rural-to-urban Transect. The heart of the development is Market District, with restaurants, shops, and a Market Square where produce from the farm is sold. It also includes an open-air performance space and community gardens. The square was built first with a café, a building for the farmers, and a plaza for the farmers’ market.

The developer explains: “The planning principle of agricultural urbanism was born at Southlands and it helped spawn a movement in community and regional planning that resulted in a number of new communities developing around the principles of integrating farming and food production in many aspects of community life. The term “agrihood” has been applied to the handful of new neighborhoods and communities across North America that have re-integrated agriculture into community life, including through local economic development through higher value farm business; education supporting the intergenerational extension of farming; and, agricultural activities at various scales, from hobby farming to community gardening as recreational activities and social activators.”

The plan was born out of community opposition to develop the land around a small farming community. The developer had owned the land since 1989, but residents did not want to see it completely developed as housing. The argricultural urbanism model was a political compromise—but it turned out to be an appealing design concept. The portion of the site that is developed is designed according to new urban planning principles of mixed-use, walkable neighborhoods, with a variety of missing middle and single-family housing. Fast Company reports that the architecture is “vaguely Scandinavian,” but that’s not unusual for the larger region, which includes the Pacific Northwest in the US and the southwest of Canada.