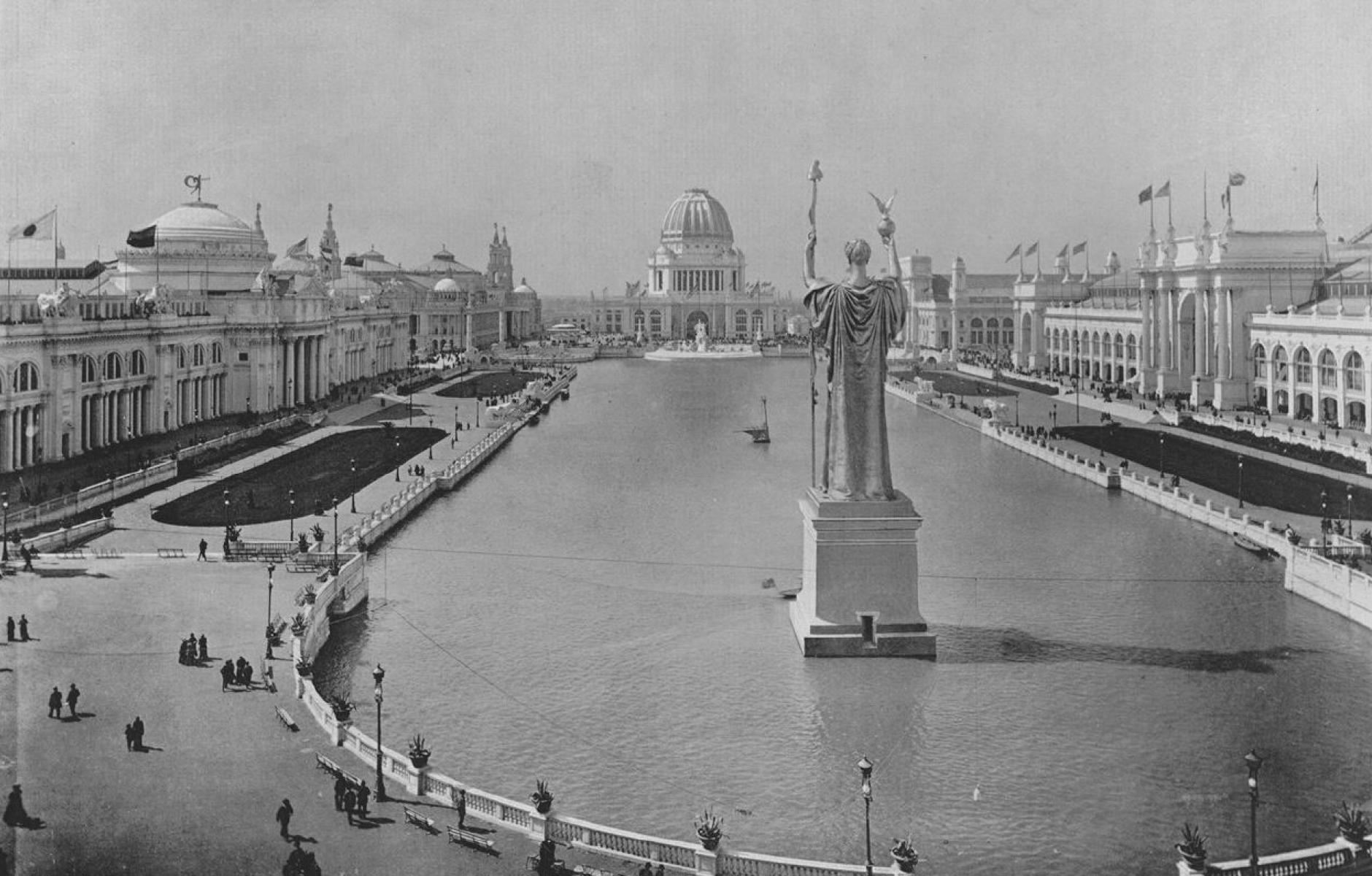 I recently read The Devil in the White City, about the Chicago 1893 World’s Fair. One place that I would like to go back in time to see, just for a day, would be this event. They say that some visitors would break down weeping upon entering the Court of Honor, above, because they had never seen anything so beautiful.

In a time of Incremental Urbanism, Tactical Urbanism, Lean Urbanism—when it takes five years to retrofit a street to accommodate all users—it is worth remembering what architect Daniel Burnham and his team were able to accomplish in two years. They built 57 miles of roadway (walkable urban streets); a landscaping masterpiece of parks and public spaces designed by Frederick Law Olmsted; a train station that a big city would be proud of; perhaps the greatest assembly of neoclassical buildings in history; the largest indoor space ever built in history to that point (it could hold 13 football fields); the largest electrical light installation in the world up to that time; the first modern elevators; the first Ferris wheel (and the largest in terms of capacity to this day, 2.5 times that of the London Eye); a long list of first demonstrations of world-changing technology at a major event (telephone, motion picture, zipper, record player). There is one building that survives—The Chicago Museum of Science and Industry—a major building in its own right, although just a small remnant of the original fair. And I am just scratching the surface.

How did they do all this in two years? It’s astounding, but The Devil in the White City tells that tale (along with the story of a serial killer who operated near the fair). The fair had a major impact on US cities over the following three decades, launching the City Beautiful movement. A recent National Review article laments the decline in emphasis and competence in making beautiful public spaces, citing the Chicago fair, and is worth a read.